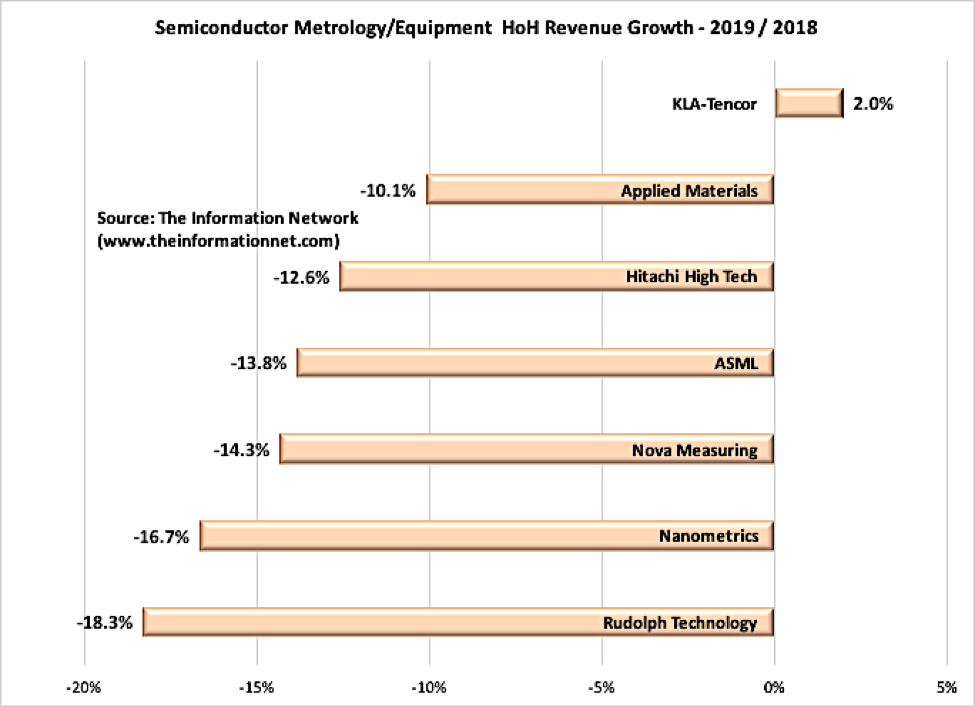 As a background, KLA manufactures and sells equipment used to monitor many of the 400 to 600 processing steps in the manufacturing of semiconductors, starting with a bare wafer, such as silicon, to a completed device. The company makes metrology systems used to measure parameters such as thin film thickness or linewidths, and inspection systems used to detect defects and monitor abnormalities in production.

According to The Information Network’s report entitled “Metrology, Inspection, and Process Control in VLSI Manufacturing” KLA was the only company among competitors to demonstrate positive growth in 2019. This report analyzes 17 different segments of the overall sector, and there are individual leaders in each of the segments. KLA, of course, with a dominant market share, leads many of the segments.

ASML, the dominant lithography market leader, is the leader in the electron beam inspection segment, yet its share of the overall decreased year-on-year 23.3% in 2019. 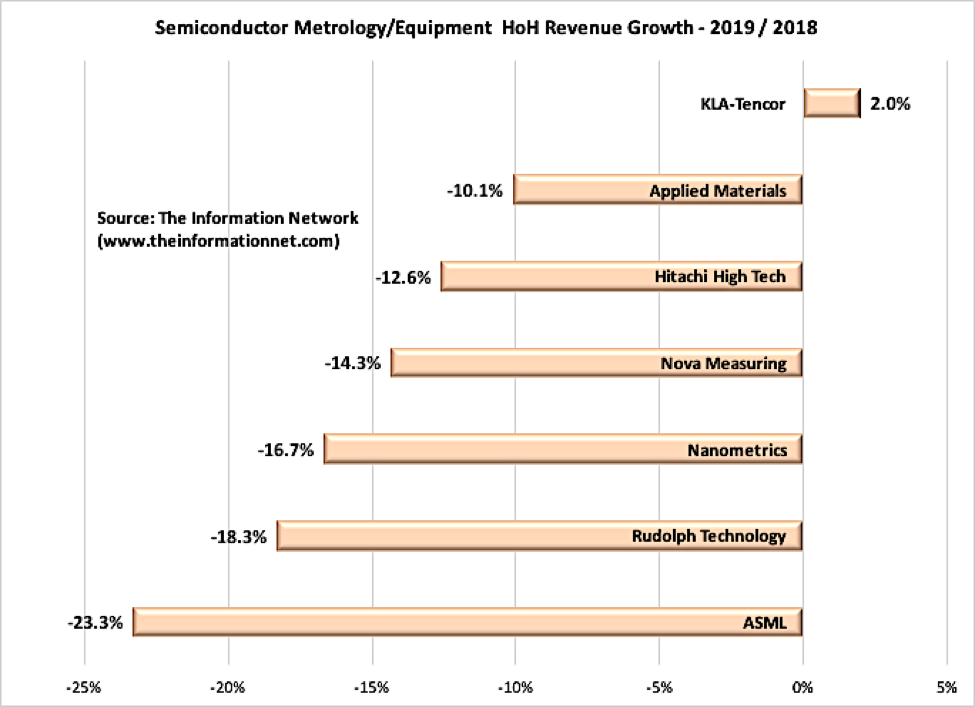