This article attempts to analyze the two companies in their different business segments, to compare these companies against their peers, and ascertain the validity of the claim that the SAM will increase by $3B. Finally, I will attempt to show that this merger is a mistake for NANO.

Table 1 shows financial parameters for NANO and RTEC between 2013 and 2018. Revenues for both companies are for ONLY the metrology/inspection market where both compete, so I deleted RTEC’s revenues coming from other areas such a lithography. This table also compares their revenues with the global wafer front end (WFE) market, so I eliminated RTEC’s back end metrology/inspection revenues. I will discuss these markets later in this article.

In Chart 1, I plot YoY growth of revenues listed in Table 1. NANO (orange) beat the WFE ((blue)) in three out of the five years while RTEC (grey) beat WFE on only two of five years. 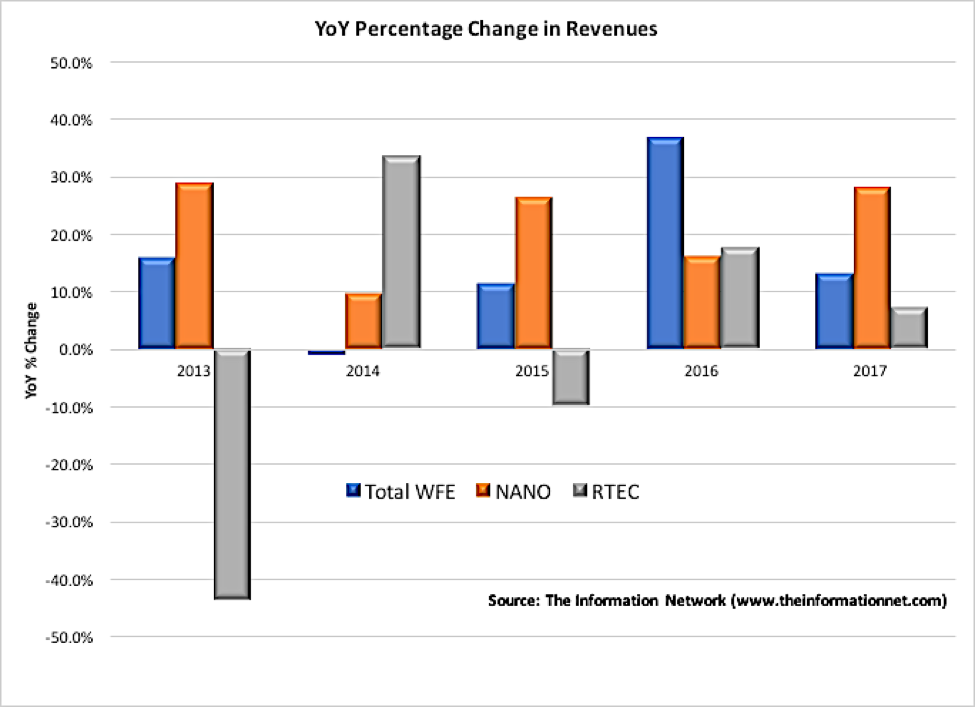 Metrology/inspection equipment is critical to assuring high yields in semiconductor manufacturing while acting as an alarm if processing conditions go out of sync and result in defective chips.

Chart 2 shows that market share for these companies is almost at the noise level of the $6B market, according to our report “Metrology, Inspection, and Process Control in VLSI Manufacturing.” Factor in KLA with a 50% share, and Hitachi High Tech and Applied Materials with 10% each, and it is implausible for this merged NANO-RTEC to increase its SAM in the overall metrology/inspection market. 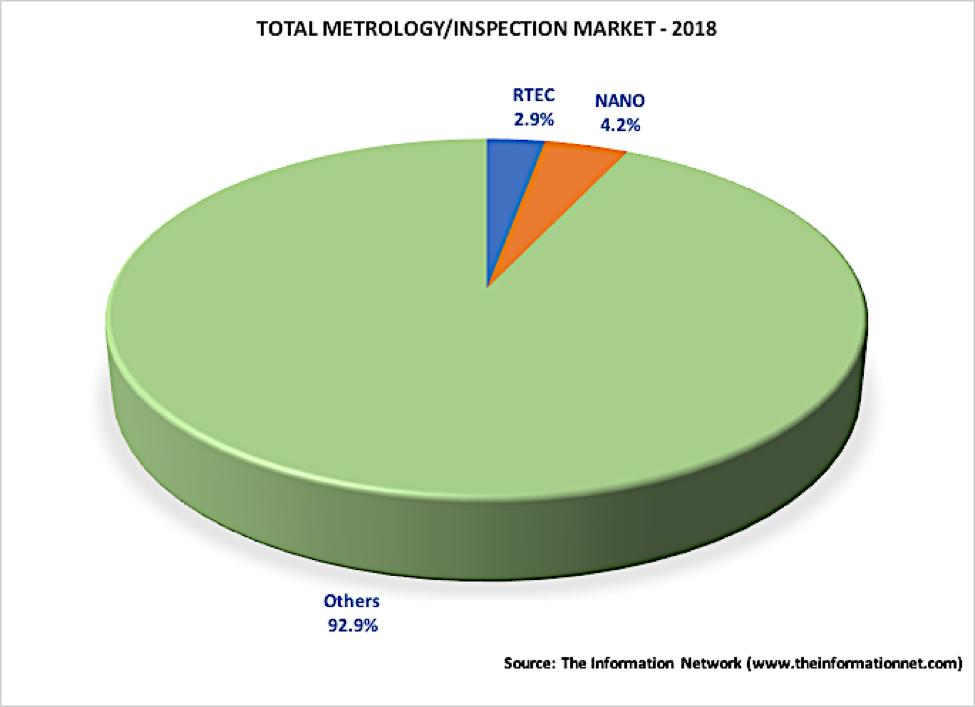 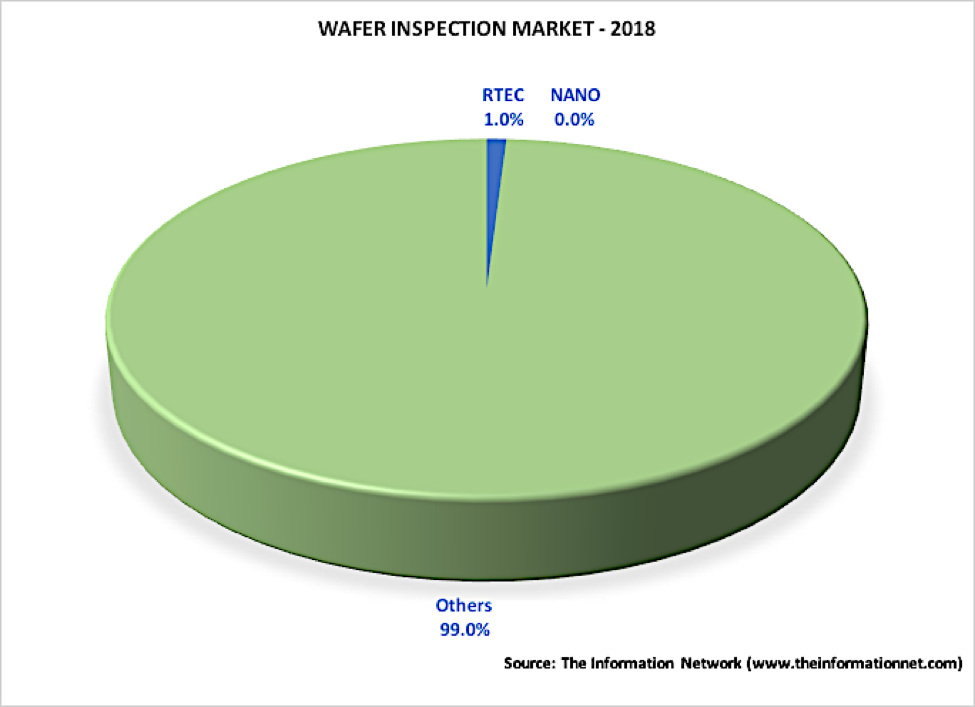 Chart 4 presents market shares for the Thin Film Metrology segment, which is about $1B. In this case, RTEC has a share in the noise level, but NANO held a 27.9% share in 2018. Here, NANO had a positive revenue increase of 28.1% YoY in 2018, based on sales of equipment to China for 3D NAND production. But in this segment, KLAC is a dominant player with nearly a 50% share, which will make it difficult for NANO to gain more share in 2019. 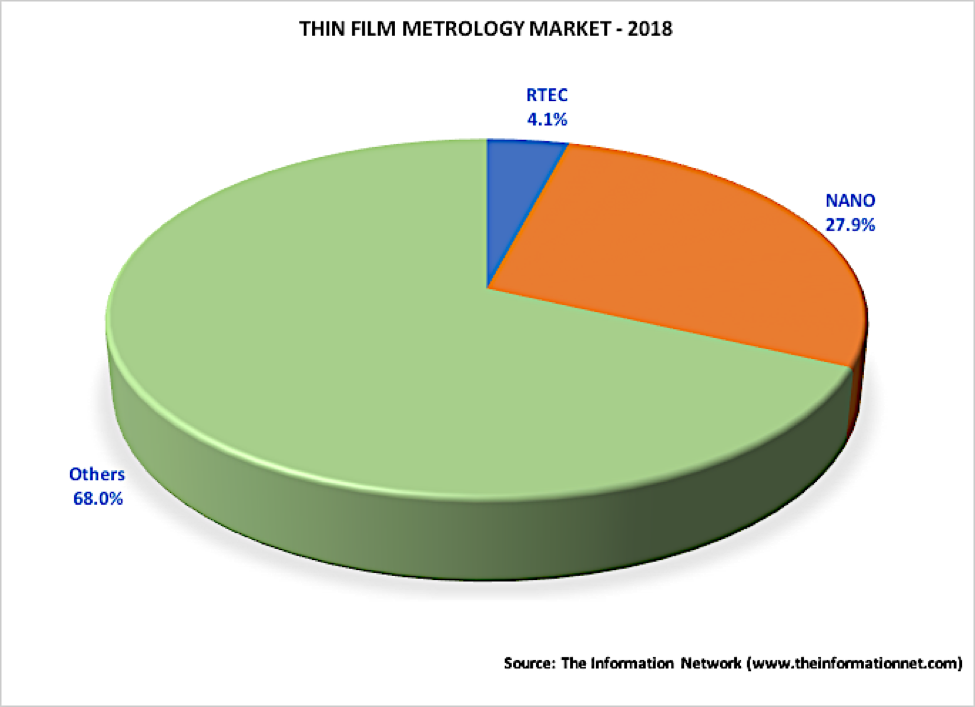 RTEC sells both inspection and lithography equipment for advanced packaging of semiconductor devices. I refer the reader to my June 24, 2019 SemiWiki article entitled “Lithography For Advanced Packaging Equipment.” Chart 5 shows that although RTEC held a 28% share of the market in 2018, YoY its revenues grew only 10.0% compared to competitors, which grew 2-4 times greater. This subsegment is less than $400 million. 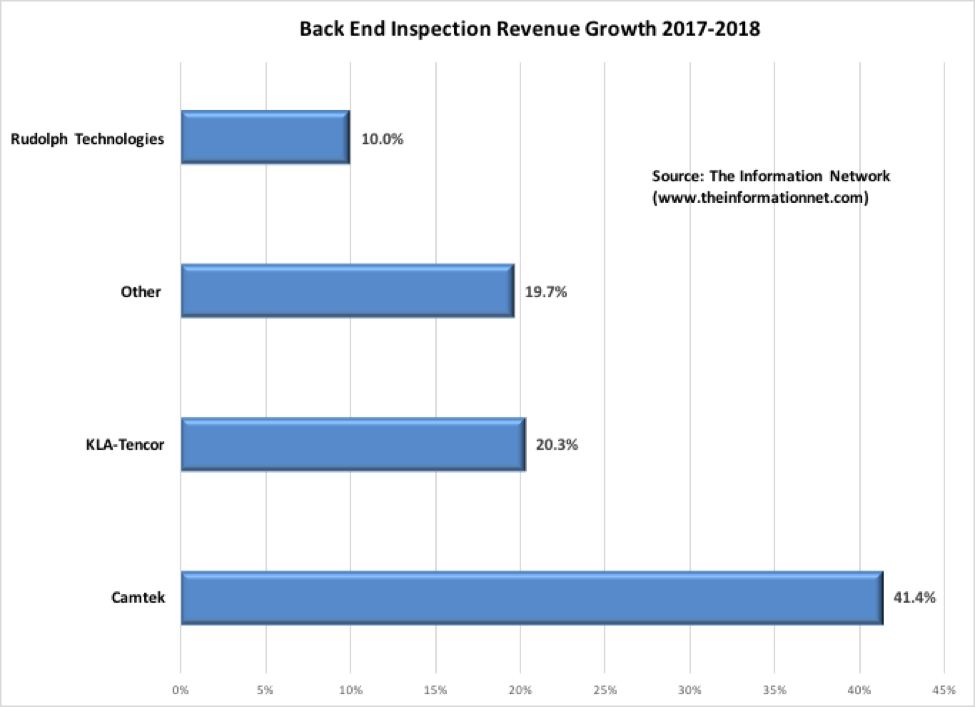 I presented in the above SemiWiki article my forecast that the advanced packaging market, primarily WLP, will grow at a compound annual growth rate of only 6.8% between 2016 and 2022, yes 2022 which is important as I’ll explain later. In the article, I also noted:

RTEC is not included in the top four companies and NANO is not a participant in the market.

RTEC sells lithography equipment for flat panel displays. Unfortunately, the market for displays is dominated by Canon (CAJ) and Nikon (OTCPK:NINOY). Table 2 presents a forecast of FPD lithography equipment shipments. According to our report entitled “OLED and LCD Markets: Technology, Directions, and Market Analysis,” shipments in 2019 are forecast to drop 50% YoY and grow only 22% in 2020.

Lithography equipment for 10.5G panels (for TVs) are will represent nearly 50% of shipments in 2019 and 2020, and RTEC does not make a system that large. Equipment for 8G panels (for TVs) will be next, and RTEC also doesn’t make a system that large. RTEC’s focus is 6G for smartphones (a flat market) and microdisplays, although a nascent industry, is led by EV Group with its nanoimprint technology.

According to the NANO-RTEC press release:

“Each company currently has a semiconductor industry SAM of at least $1B, with additional SAM expansion opportunities of $400M to $500M per company. The combination is expected to expand the companies’ served market opportunity to approximately $3B.”

Thus, the press release spins the SAM to $3B, but no time frame is given. I expect little or no SAM growth in the Inspection/Metrology market for NANO-RTEC. For advanced packaging inspection and lithography (as discussed in my above SA article), a CAGR of 6.8% between 2016 and 2022 implies the advanced packaging market will only increase 40% between 2019 and 2022, significantly less than the 300% indicated for the SAM to increase from $1B to $3B.

In my opinion, NANO made a mistake in this merger. It has a larger market share than RTEC in Metrology/Inspection. NANO would be better served by acquiring or investing in metrology/inspection startups, thereby entering different segments of the market and thereby increasing its own SAM. In a December 31, 2018 SemiWiki article I noted:

“There are several startups gearing to compete against market leader KLAC. FemtoMetrix (Irvine, CA), uses Optical Second Harmonic Generation (SHG), a non-destructive, contactless, optical characterization method to characterize surfaces, interfaces, thin-films, as well as bulk properties of materials. Already, FemtoMetrix has completed its first round of equity financing in a deal led by Samsung’s Venture Division and SK Hynix Ventures, and announced a license agreement with Boeing. This type of new technology will eventually compete against KLA-Tencor.”

RTEC has invested in a lot of applications, but they are in my opinion drilling 12 one-inch holes rather than one 12-inch hole, and as a result has minimal market share in markets led by large companies already firmly entrenched.

RTEC has a smaller market share than NANO in their core metrology/inspection market. So, another surprise is why the RTEC CEO will become the NANO-RTEC CEO.

2 Replies to “The Nanometrics – Rudolph Technology Merger: What Was Nanometrics Thinking?”