Lam Research (NASDAQ:LRCX) will announce its quarterly earnings on October 23, 2019, and Applied Materials (NASDAQ:AMAT) the following month on November 14, 2019. Both companies make equipment used to manufacture semiconductor devices. While private and institutional investors often own both individual stocks, this article presents a comparative analysis of both companies.

Table 1 shows that both companies have comparable profitability, with LRCX reporting better net margins. Since these figures are a percentage of revenue, my focus of this article is on revenues, which are based on the technological prowess of the company. This, in turn, is a function of management abilities to devote R&D to making “best-of-breed” equipment that stand up to the demands of semiconductor manufacturers as they move to next technology nodes. 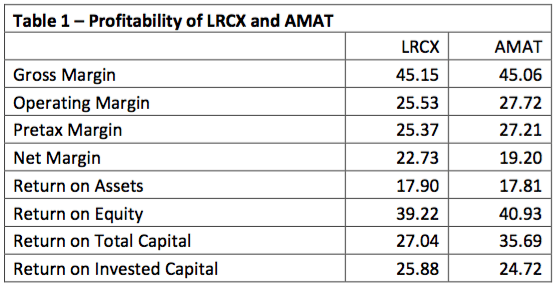 Although AMAT and LRCX don’t compete directly in all subsectors, Chart 1 shows market shares for the overall deposition sector from 2007 to 2018, with data obtained from The Information Network’s above-mentioned report. Chart 1 shows that AMAT’s share of the deposition sector decreased from 48% in 2007 to 38% in 2018. The blue trendline clearly shows market share erosion.

Conversely, LRCX’s share has been increasing since 2011, when the company acquired deposition equipment supplier Novellus.

A critical issue with the deposition sector is that it is the largest of the WFE market, representing 22% of revenues in 2018. YoY growth of the sector was 7%. Bottom line is that AMAT is losing market share in the largest sector of the market, while LRCX is gaining. 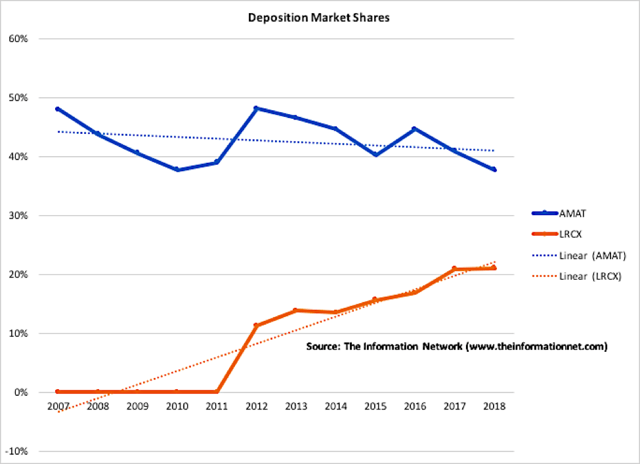 A critical issue with the etch sector is that it is the second largest of the WFE market, representing 21% of revenues in 2018. YoY growth of the sector was 13%. Bottom line is that AMAT is losing market share in the second largest sector of the market, while LRCX is gaining. 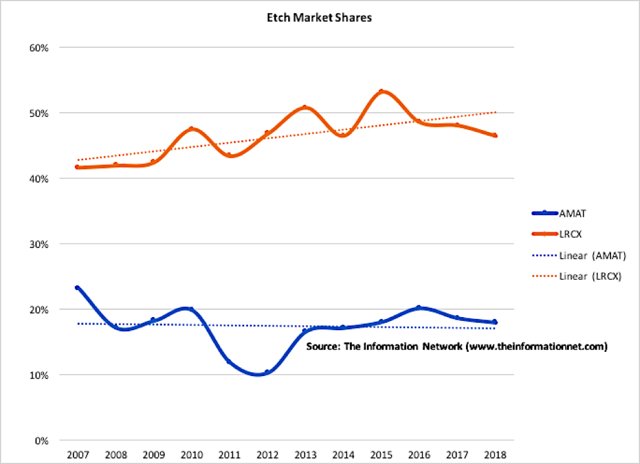 Table 2 shows AMAT’s share of its SAM (served available market) between 2007 and 2018 (excluding deposition and etch in Charts 1 and 2). There are three takeaways from Chart 1:

Table 3 shows LRCX’s share of the cleaning sector, which has been growing consistently from 8% in 2010 to 15% in 2018. This sector represented 7% of the WFE market. 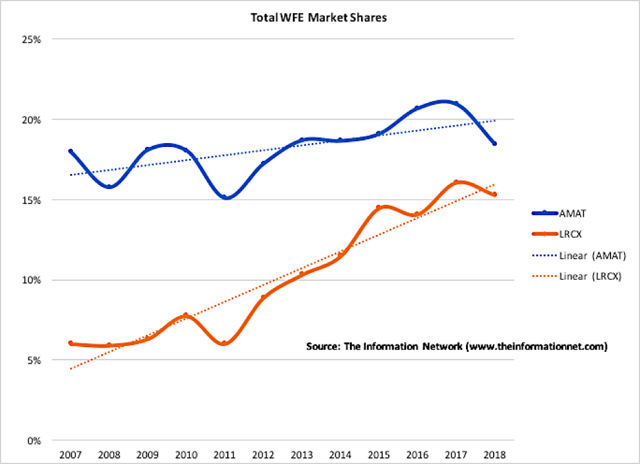