Electronics production continues to recover from the COVID-19 pandemic. However, the recovery is mixed by country. The chart below shows three-month-average (3/12) change versus a year ago in electronics production by local currency for key Asian countries. China was averaging about 10% growth prior to the pandemic. After… Read More

Podcast EP27: Veriest and its role in the semiconductor ecosystem
by Daniel Nenni on 07-02-2021 at 10:00 am
View Profile
View Forum Posts

Dan and Mike are joined by Moshe Zalcberg, CEO of Veriest. Moshe discusses the changing landscape of semiconductor design and the critical enabling role of companies like Veriest. He reviews the complexity increases that we’ve all seen and suggests ways that Veriest can enable the new and pervasive use of semiconductors
… Read More
It’s not a Semiconductor Shortage It’s Demand Delirium & Poor Planning
by Robert Maire on 04-25-2021 at 10:00 am
View Profile
View Forum Posts

-The semiconductor industry is not to blame its the customers
-How do you fix something that’s not really broken?
-Long taken for granted, semi’s are sexy again
-Pawns in a Political Power Play?

Its not the chip makers that screwed up. It’s the customers that stressed the system beyond breaking 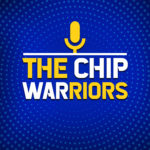 Equalizers were initially designed and developed for movie theaters and amphitheaters or outdoor areas but now they have become ubiquitous. Equalization is essential for creating professional sound and creating real life like sound effects. Equalizers are used for controlling the energy/loudness of a particular frequency… Read More

Dan and Mike are once again joined by Dr. Walden Rhines for an overview of the M&A scene for semiconductors and EDA. Wally discusses the periodic expansion and contraction of these markets along with the factors that cause these trends. Wally concludes with a view of the future.

Wally Rhines is widely recognized as an expert … Read More

Semiconductor Shortage – No Quick Fix – Years of neglect & financial hills to climb
by Robert Maire on 03-03-2021 at 8:00 am
View Profile
View Forum Posts

In its February 20, 2021 edition, the Economist published an article entitled “How to kill a democracy; China faces fateful choices, especially involving Taiwan”.  It went on to quote “To many Chinese, the island’s conquest is a sacred national mission” as well as a by-line “America is losing its ability to deter a Chinese attack… Read More

Dan and Mike are joined by Ray Zinn, the longest serving CEO in Silicon Valley. Join us for a tour of the very beginnings of the semiconductor industry and the rise of the fabless movement. Beyond a historical perspective, Ray also discusses the importance of semiconductor technology and its impact on the world, governments and … Read More

Semiconductor fabs have to run 24/7 to make money. They have to be running full all the time to fully utilize the high running costs and in the case of new fabs, high capital costs.