There has been a lot of new information available about the leading-edge logic processes lately. Papers from IEDM in December 2017, VLSIT this month, the TSMC and Samsung Foundry forums, etc. have all filled in a lot of information. In this article I will summarize what is currently known. 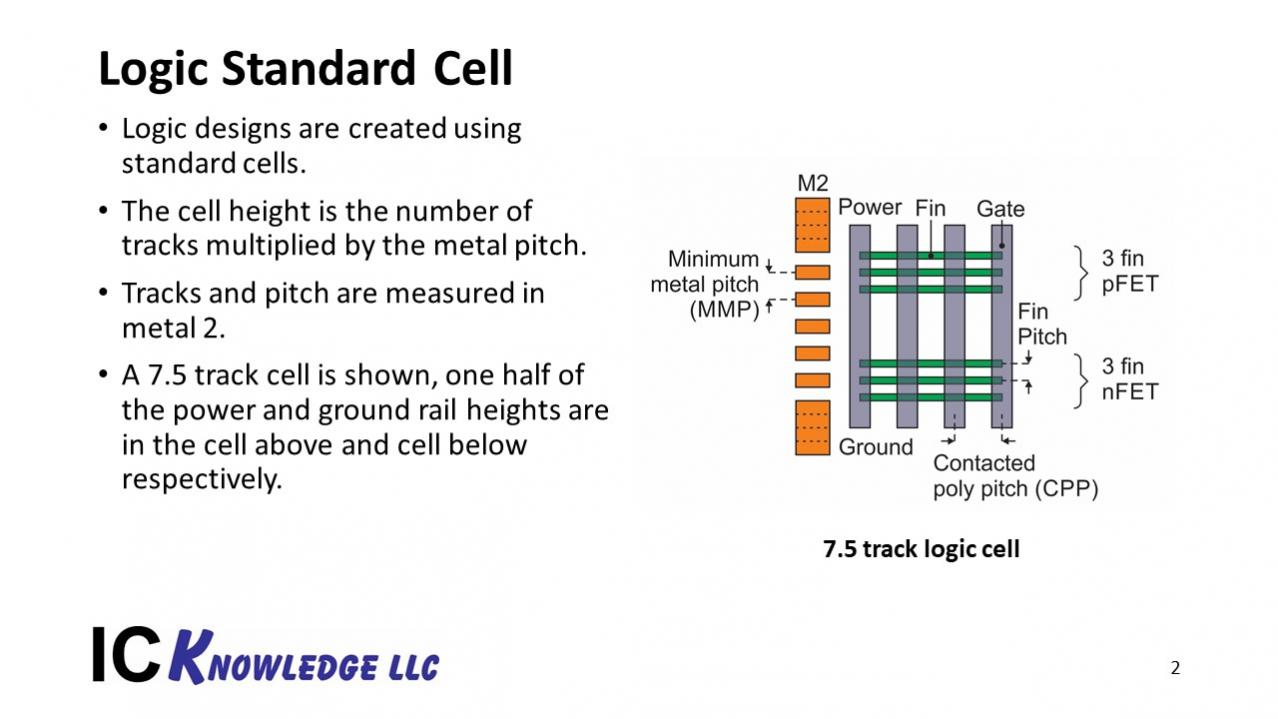 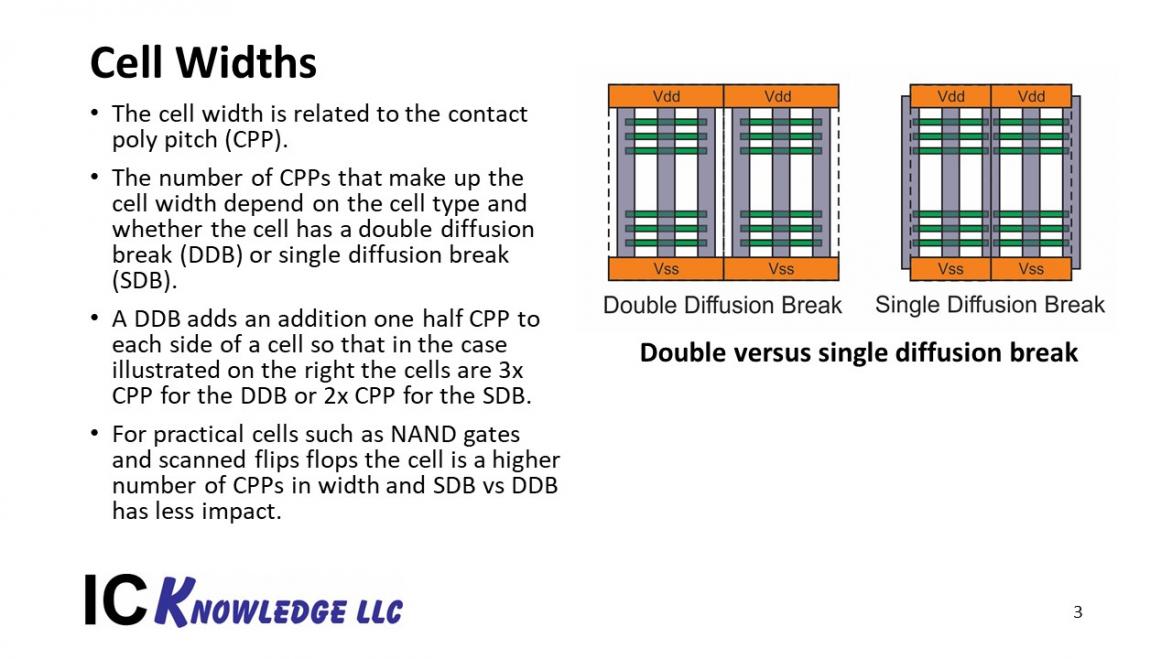 In cells like a two input NAND gate or Scanned Flip Flops the width in multiples of CPPs is 3 to 4 for SDB/DDB and 19 to 20 for SDB/DDB respectively.

To characterize process density, we use three metrics: