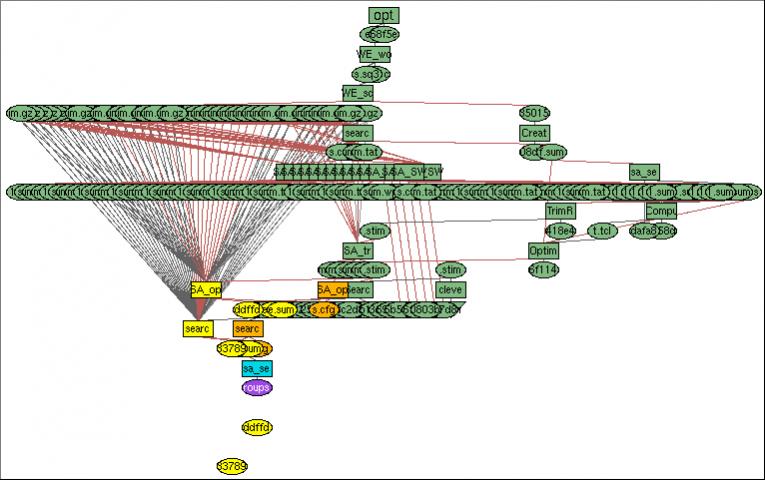 LicenseMonitor keeps very accurate high granularity data about what licenses are being used. Altera has one or more of pretty much every EDA company’s tools and they monitor several thousand different licensed tool features. This enables directors and VPs to see how licenses are being used, whether certain groups are using them and provides input data for purchases. The tool is very stable and it has resulted in cost-savings that are orders of magnitude greater than its cost by making it easier to sanitize large requests such as asking for a doubling of simulation licenses, and by cutting back on unused licenses during negotiations with EDA companies on remixing the licenses and, usually, acquiring additional licenses too.

The other tool is FlowTracer. This is like the Unix “make” command on steroids. When moving an existing flow into the FlowTracer environment it can automatically identify dependencies based on monitoring what gets done, what files get read, and so build the dependency graph. But Altera find that this isn’t very script friendly so they take that as a quick and dirty starting point and then handcraft the scripts for better maintainability. They currently have RTL->GDS, data management verification and some other flows up and running (they have been using it a bit over a year). There are lots more opportunities in the rest of Altera to make more use, such as the regression flows for software and hardware and additional functional verification flows.

There is a forum thread on SemiWiki discussing RTDA’s products versus open-source here.