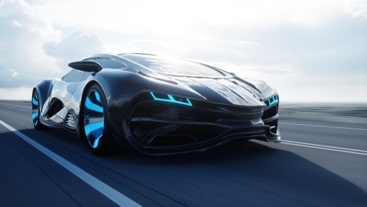 The entire history of EDA software tools has enabled engineers to design ICs and SoCs using virtual prototyping, so most of us in the industry are familiar with the idea of modeling and simulating something as complex as an IC before actually starting the manufacturing process. In a complex system like an automobile there are a lot of sub-systems that use chips, software, firmware, operating systems, sensors, hydraulics, wiring and mechanical parts. Can engineers take the same virtual prototyping approach for multi-disciplinary projects like automotive?

Thankfully, the answer to that question is a resounding yes. In this blog I’m looking at what Synopsys has architected to meet the needs of the automotive market.

Software developers can get an early start if only they had a model of the hardware, so that’s where Virtualizer Development Kits (VDK) come into play. You get to quickly assemble a virtual prototype by using pre-built virtual daughter boards. Even before your new MCU, SoC or ECU hardware has been fully designed, you can start developing software or porting an OS by using VDKs.

Creating an eco-system with automotive MCU and SoC vendors is essential for automotive virtual prototyping to grow, so Synopsys has created partnerships with the following IP and semiconductor companies:

Using a Transaction Level Model (TLM) to simulate your system design quickly is much preferred over low-level RTL code, plus there are much fewer lines of code. Even better, you can use a graphical system like Platform Architect MCO to partition hardware and software optimally for a multicore system.

Automotive systems are highly complex with hardware, software and operating system interactions that take a massive amount of design and verification effort. To accelerate this challenge consider using physical prototyping like the Synopsys HAPS Prototyping product, it’s been proven over many years and will help your team speed up software development, improve hardware verification and system validation starting with just an IP block all the way up to processor subsystems and even a complete SoC.

OK, using a virtual prototype sounds promising as a methodology, but who is actually using it so far in the automotive field? A company in Finland called Elektrobit has been providing automotive software for the past 30 years, and over 100 million vehicles depend on it for tasks like: connected car infrastructure, human machine interface (HMI) technology, navigation, driver assistance and ECUs.

Elektrobit used the VDKs from Synopsys to port their AUTOSAR operating system before silicon was ready. They also developed a concept virtual ECU that was based on the NXP Semiconductor S32 Automotive Processing Platform.

Automotive system design is becoming more complex with the electrification of vehicles and the approach of using virtual prototypes is certainly a big help in shortening design and verification times. Synopsys has invested heavily in this automation area and partnered with the leading IP and semiconductor companies to make virtual prototyping a best practice.

DAC 56 attendees will find Synopsys located in booth 367, which is in the back left-hand corner of the exhibit hall. I’ll be sure to stop by to learn more about their automotive offerings and meet my contacts.