Intel to present Intel 4 process at the VLSI Technology Symposium
by Scotten Jones on 05-20-2022 at 8:00 am
View Profile
View Forum Posts

The VLSI Symposium on Technology & Circuits will be held in Hawaii from June 12th to June 17th. You can register for the conference here.

The tip sheet for the conference has been released and one thing that caught my eye is some data from the Intel 4 paper that Intel will be presenting at the conference.

Now that the dust has settled and I’m out of cronovirus quarantine let’s talk about the Intel and AMD conference calls. Unfortunately, the Intel and AMD marketing teams are still outpacing engineering so it is difficult to write something serious but I will do my best. 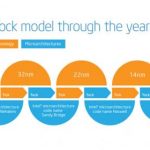 This is what happens when you have a CFO acting as a semiconductor CEO, and Robert Holmes is a career CFO with zero semiconductor experience or education. Granted, no way did he write the opening statement, but it was full of jibber jabber anyway. The real disappointing jibber jabber was from our own Murthy Renduchintala on the status… Read More 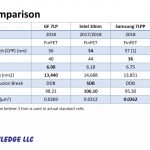