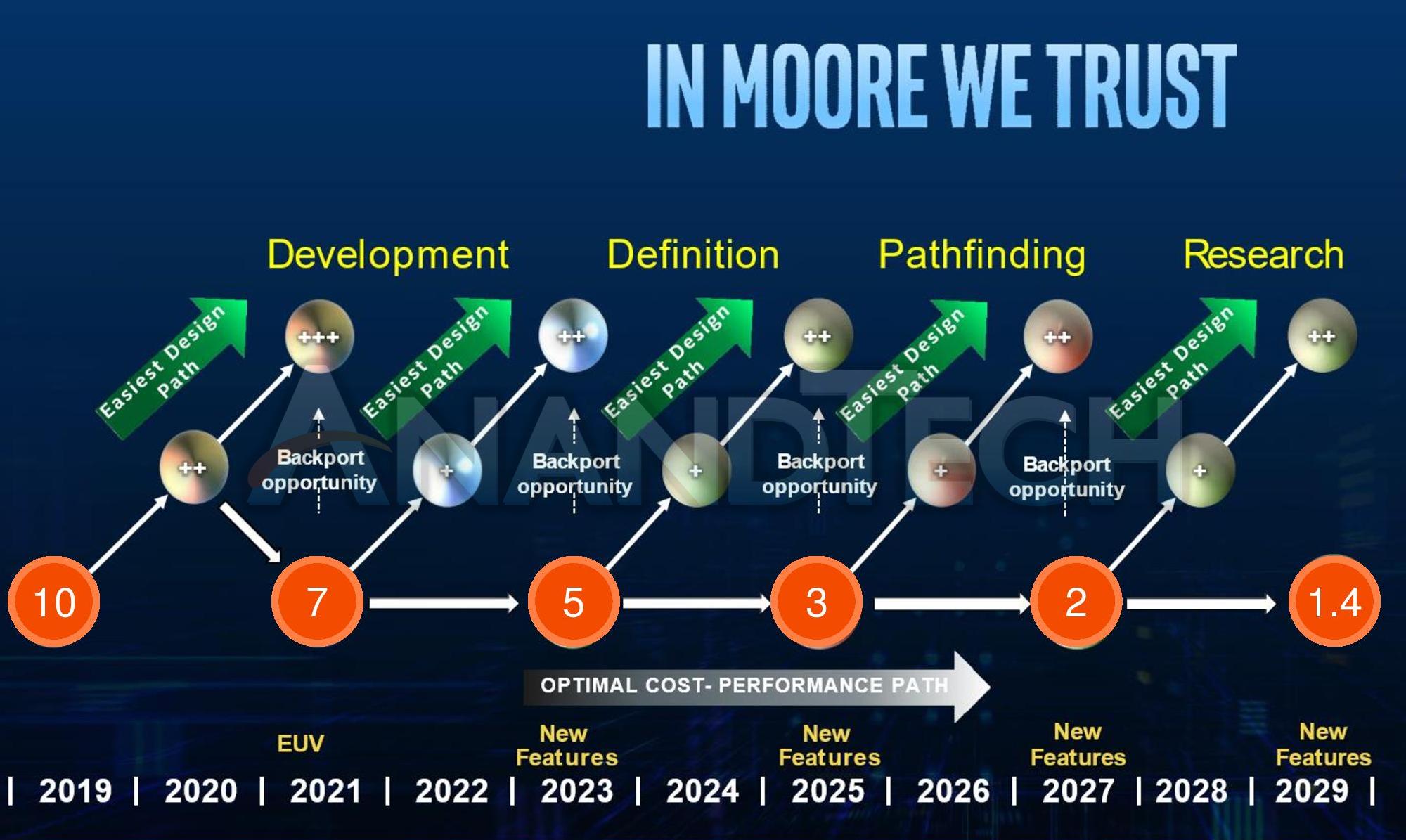 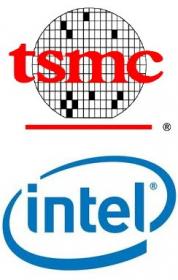 Bob did a fireside chat with Credit Suisse at their 23rd annual technical conference which is now up on the Intel website HERE. It is 51 minutes and definitely worth a listen while sorting laundry or getting a mani pedi.

The media really latched onto Bob’s comments about destroying the Intel idea of keeping the 90% CPU market share and focusing on growing other market segments. Dozens of articles hit the internet by people who have no idea what they are talking about so don’t waste your time.

The most interesting comments to me were in relation to TSMC. According to Bob Swan Intel 7nm is equivalent to TSMC 5nm, which I agree with, I just do not remember an Intel CEO ever saying such a thing. He also said that Intel 5nm will be equivalent to TSMC’s 3nm to which I am not so sure. Making a FinFET to FinFET process equivalency statement is fine but from what I was told Intel will be using Nanosheets at 5nm.

Bottom line: TSMC is still about a year ahead of Intel on process technology and I do not see that changing anytime soon, my opinion.

I am at IEDM 2019 this week with SemiWiki bloggers Scott Jones and Don Draper (new blogger) so stay tuned. TSMC is giving a paper on 5nm and of course the chatter in the hallways has even more content.

TSMC to Unveil a Leading-Edge 5nm CMOS Technology Platform: TSMC researchers will describe a 5nm CMOS process optimized for both mobile and high-performance computing. It offers nearly twice the logic density (1.84x) and a 15% speed gain or 30% power reduction over the company’s 7nm process. It incorporates extensive use of EUV lithography to replace immersion lithography at key points in the manufacturing process. As a result, the total mask count is reduced vs. the 7nm technology. TSMC’s 5nm platform also features high channel mobility FinFETs and high-density SRAM cells. The SRAM can be optimized for low-power or high-performance applications, and the researchers say the high-density version (0.021µm2) is the highest-density SRAM ever reported. In a test circuit, a PAM4 transmitter (used in highspeed data communications) built with the 5nm CMOS process demonstrated speeds of 130 Gb/s with 0.96pJ/bit energy efficiency. The researchers say high-volume production is targeted for 1H20. (Paper #36.7, “5nm CMOS Production Technology Platform Featuring Full-Fledged EUV and HighMobility Channel FinFETs with Densest 0.021µm2 SRAM Cells for Mobile SoC and High-Performance Computing Applications,” G. Yeap et al., TSMC)

Other TSMC presentations at IEDM 2019

Note: Intel’s slide with ASML’s animations overlayed, as shown in the slide deck distributed by ASML. Note by Anandtech: “After some emailing back and forth, we can confirm that the slide that Intel’s partner ASML presented at the IEDM conference is actually an altered version of what Intel presented for the September 2019 source. ASML added animations to the slide such that the bottom row of dates correspond to specific nodes, however at the time we didn’t spot these animations (neither did it seem did the rest of the press). It should be noted that the correlation that ASML made to exact node names isn’t so much a stretch of the imagination to piece together, however it has been requested that we also add the original Intel slide to provide context to what Intel is saying compared to what was presented by ASML. Some of the wording in the article has changed to reflect this. Our analysis is still relevant.” Please see the full article in Anandtech for all the details: LINK