Dan is joined by Chouki Aktouf, founder & CEO of Defacto Technologies and co-founder of Innova Advanced Technologies. Prior to founding Defacto in 2003, Dr. Aktouf was an associate professor of Computer Science at the University of Grenoble – France and leader of a dependability research group. He holds a PhD in Electric Engineering… Read More

I’ve talked with Defacto on and off for several years – Chouki Aktouf (CEO) and Bastien Gratreaux (Marketing). I was in a similar line of business back in Atrenta. Now I’m just enjoying myself, I’ve written a few blogs for them. I’ll confess I wondered why they wouldn’t struggle with the same problems we’d had. Script-driven RTL editing,… Read More 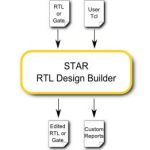 Analysis and Signoff for Restructuring
by Bernard Murphy on 08-29-2017 at 7:00 am
View Profile
View Forum Posts

For the devices we build today, design and implementation are unavoidably entangled. Design for low-power, test, reuse and optimized layout are no longer possible without taking implementation factors into account in design, and vice-versa. But design teams can’t afford to iterate indefinitely between these phases, so they… Read More

As a 30+ year semiconductor veteran I can tell you with 100% certainty that start-ups are the lifeblood of EDA. The mantra is “Innovate or Die!” and that is exactly what Defacto is doing. After more than 10 years of innovating in Design for Test at RTL, Defacto is now offering a complete EDA solution based on generic EDA… Read More