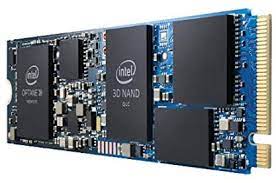 XPoint “Coulda been a contender”

XPoint should have amounted to more than a footnote in semiconductor history. It promised speed between NAND and DRAM, closer to DRAM at costs approaching NAND with the benefit of being non-volatile.
But it wasn’t meant to be.

Intel pulled out of the partnership a while ago, not wanting to throw more money down a hole. It now looks like Micron was cleaning things up to get ready to shut it down.

We are certainly vey disappointed that in the end it didn’t work as it had clear promise and a shot at being the next memory technology since NAND was invented back in 1980.

Couldn’t get on the Moore’s Law cost/yield curve

The problems appears to be that the technology was never able to get on , let alone stay on, the Moore’s Law cost curve that keeps driving memory prices ever lower on a per bit basis.

You need two basic ingredients to make it work; yield and shrinks. The yield (percentage of working chips on a wafer) has to get to a point where there are enough working chips per wafer divided by the per wafer cost to make the needed market price to be competitive. Second the technology also has to work to the point where you can reliably shrink the dimensions of the chip design on a regular cadence to continually increase the number of bits per square inch to keep up with the market.

Was it the failure of XPOINT or the Success of NAND that caused XPoint’s demise?

Maybe it was both…..One could argue that moving NAND to a 3D architecture just accelerated it too far ahead from XPoint’s ability to ever keep up. Others could argue that XPoint never met its intended goals of price, performance and yield.

At this point a post mortem is almost pointless as its dead anyway.
However it does amplify exactly how incredibly difficult the semiconductor industry is, even with very deep pockets and both Intel and Micron supporting it, they still couldn’t get it to work well enough to make the cut.

Good and bad for Micron

XPoint, had it worked , could have been a great differentiator that no other memory company had and would have put Micron in a unique position. Now they are relegated to slugging it out with Samsung and trying to find small niches where they have a unique advantage.

Don’t get me wrong….Micron has proven very good at weaving and dodging among the big boys and just outmaneuvered them by keeping a step or two ahead in certain areas. But XPoint could have been a different type of lifeline.

Not good for MRAM, RRAM & PRAM

There are a number of other memory technologies that are also being developed as competitors to todays DRAM NAND duopoly. All offer attractive alternative characteristics to DRAM or NAND. In our view, XPoint was likely the best funded memory alternative, had the best supporters, Intel & Micron and had both a dedicated fab as well as commercial installations in end customer products and it still failed.

Its going to be very difficult to do what XPoint couldn’t, even with all the attributes it had going for it.

Micron is selling off the associated fab in Lehi. The positive here is that they will likely get a reasonable price as compared to the scrap value that old fabs usually sell for given current demand.

It will cost a lot of time and money to re-configure the fab for logic as it is likely not big enough for anything other than specialty memory.

We would guess it could take a couple of years to re-configure so it isn’t going to be any help at all for todays current chip shortage.

We also wouldn’t be too sure that it will stay a fab at all. It may be more financially attractive for Micron to sell off the tools to be shipped off to Asia to be installed into fabs there as we have seen happen with other US fabs.

Maybe even Micron itself, which is the King of getting fabs on the cheap, might part out the bits and pieces of the fab to its own fabs where they could add incremental capacity.

Its not clear whether its worth more as parts or as a whole.

This clearly flies directly in the face of current discussions about helping the US chip industry. Here we are with a US company, located in the heartland of Boise Idaho shutting down a US fab while continuing their overseas operations which have been expanding.

The US government, could put its money and effort where its mouth is and keep the fab in the US and in US hands. Perhaps it could be the first poster child and spearhead of the effort to boost the US semiconductor industry and save it from itself, or not. Wake up! this is an opportunity!

Investors will clearly view this as a positive for Micron as it cuts the cash drain and may supply some short term cash before the end of the year. Longer term it makes Micron less competitive but investors don’t generally care about the longer term.

Its likely a neutral to slightly positive for equipment companies as Micron will have more money to spend but won’t be spending it on Lehi (not that there were any plans to spend anyway). Shutting down XPoint was somewhat expected so its not a huge surprise just more of a relief.

Micron’s stock is not that expensive as many investors do not believe forward earnings given the volatility of the memory industry. This may help them make numbers.