XPoint “Coulda been a contender”

XPoint should have amounted to more… Read More 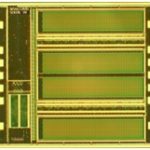 A quick re-introduction of ReRAM-Forum.com which is dedicated to all things related to resistive RAM, broadly characterized as ReRAM (or RRAM) and CBRAM. The technology is seen as the ‘next generation’ non-volatile memory solution and is being developed by companies large and small for a variety of applications in storage, … Read More