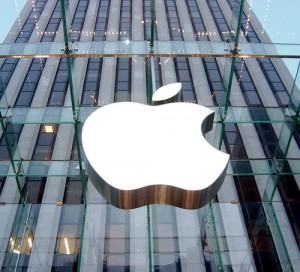 Apple and Google Turn Towards Enterprise
by Ed McKernan on 03-27-2013 at 9:00 am
View Profile
View Forum Posts

As a calm settles over the mobile market, post the overhyped Samsung Galaxy S4 launch, many analysts are at a loss as to describe a way forward with Apple that is understandable and positive. The dozens of reports that focus on the summer launches of the iPhone 5S and cheap iphone miss the side of the barn on the true strategy being put in place. Apple is at the center of solar system with Samsung, Intel, Google, Microsoft, Qualcomm, TSMC and others orbiting as partners and former partners turned competitors. The term Co-opetition does not survive in a market heading to 5BU while offering seemingly endless profits. For its next encore, Apple they say must innovate on the product side of the house. I see a realignment in their partnerships that could lead to a successful march through the unserved developing countries and more importantly the less competitive enterprise world.

It was Samsung who provided the low cost processors, DRAM, NAND and LCDs that vaulted the iPhone into volume and profitability as a USconsumer play. And it is Samsung, with the help of Google who has crushed the non-Amazon Android suppliers and seeks to commoditize Apple in an expensive CapEx end game. Apple has migrated all but the CPU to various suppliers with an emphasis on the Yen depreciating Japan Inc. Soon TSMC will free Apple, but not at a cost orperformance level that enables the outflanking of Samsung. A bulked up 14nm monster called Intel, sans Paul Otellini, is now ready to accept sub 40% margins in order to shrink the playing field by the time 10nm rolls around. Samsung is their #1 mortal enemy. Apple would concur and thus the reason to partner.

Apple’s plan to roll out a low cost iphone is a play on the middle 40% of the mobile market that contains the last 30% of the profits currently registering with Samsung. A squeeze play between Apple and China smartphone vendors is in the cards later this year. With Apple about to open up China Mobile, India and Japan’s DoCoMo, Samsung will lose their sole refuge in the other 3BU TAM. Every mobile vendor is dialing in 50% growth for 2013 for a market that is more like 30%. If history holds true, the bottom half of the market will be lucky to be breakeven as the rising tide creates a serious undertow driven by excess capacity.

Apple’s plan in the developing world would seem to point to growth but not too much growth. I expect a fortress wall to be built around what is initially not much more than 40% of the market or until the excesses are wrung out. In the near term, greater riches are to be had in the corporate PC market that is 90% Wintel and has so far hesitated to make a dramatic move until Window 8 had entered the fray. Legions of Microsoft and Intel sales folks call on CIOs regularly to sell the benefits of the latest O/S and x86 processors. Although the Apple MAC line uses both Intel and Microsoft Office, it has not been attractive enough to crack the market. Legacy is a long tail in the corporate world but the timing is right for Apple to adjust its partnerships in a Complex Divide and Conquer Strategy.

Since 2011, I have believed that Apple will end up in Intel’s Fabs for two reasons. One is based on the advanced, ultra low power Trigate Process technology combined with the massive capacity build out. Intel’s $13B capex in 2013 is a bet that either Apple or Qualcomm is coming. The second reason is the belief that they would be far better off promoting their products into corporate if Intel was at their side and not as a roadblock and dishing out FUD. Analysts and the press have assumed Intel will never build an ARM based processor. This is foolish, Intel may never develop anything but x86, however, the 5BU mobile market demands that fabs be filled or risk losing the long war. ARM be damned, fill the fabs.

If Apple builds its A7 at Intel, they can be guaranteed the highest performing, lowest power and lowest cost processor for its smartphones and tablets. Apple will leverage this into higher end iPADs and iPADs in MAC Air formfactors that run a multitasking iOS. Then the pitch will be made that Apple offers the broadest product line that corporations can buy without the >$100 Microsoft O/S tax. Intel will play a two handed strategy of supporting Wintel tablets as well as the Apple iPADs based on A7 silicon coming off the 14nm lines. The strategy offers the opportunity to crush the non-Apple based ARM market before it gains speed. Perhaps Qualcomm will feel it necessary to partner with the Intel Foundry.

In Intel’s long-term game plan, TSMC and Samsung need to be lowered. Google can be a potential partner, but only if they center their future O/S, application and cloud ecosystem around x86 processors. Google’s announcement of Andy Rubin stepping down as head of Android appears to be a sign that the company has lost control of the Android mobile market to Samsung with little in the way of compensation. In comparison, iOS is a profit center, though at risk of being displaced. Look for a refocusing in the enterprise space as a better bet for growth.

In the near term, analysts will be concerned that the Intel margin model that includes servicing Apple’s ARM chips is a threat to the long term viability. However, in reality Intel is trying to build a parallel vertical silicon supply model that is more extensive and profitable than what Samsung can offer today because it will not only include cheap ARM mobile processors and baseband chips but also the legacy x86 PC processors all the way to $4,000 Xeon Server chips for the cloud build out that Apple, Google, Amazon, Microsoft and others will rely on to proliferate their ecosystems. A new metric of server chips per mobile devices will be devised to monitor Intel’s health.

In two to three years we may look back at today and understand that the mobile market endured a small blip that in reality was a quick transition from feature phones to smart phones with only a very small percentage actually leveraging the cloud. The $50 white box internet phone and cheap tablets that are widely available in China are being driven by an excess of chips built on n-1 process based chips and older versions of Android, thus leading analysts to focus on the commoditization downside driven by Moore’s Law and not on the productivity enhancement upsides that are soon to be driven with the Cloud. And this is why an Enterprise push makes the most sense.

0 Replies to “Apple and Google Turn Towards Enterprise”