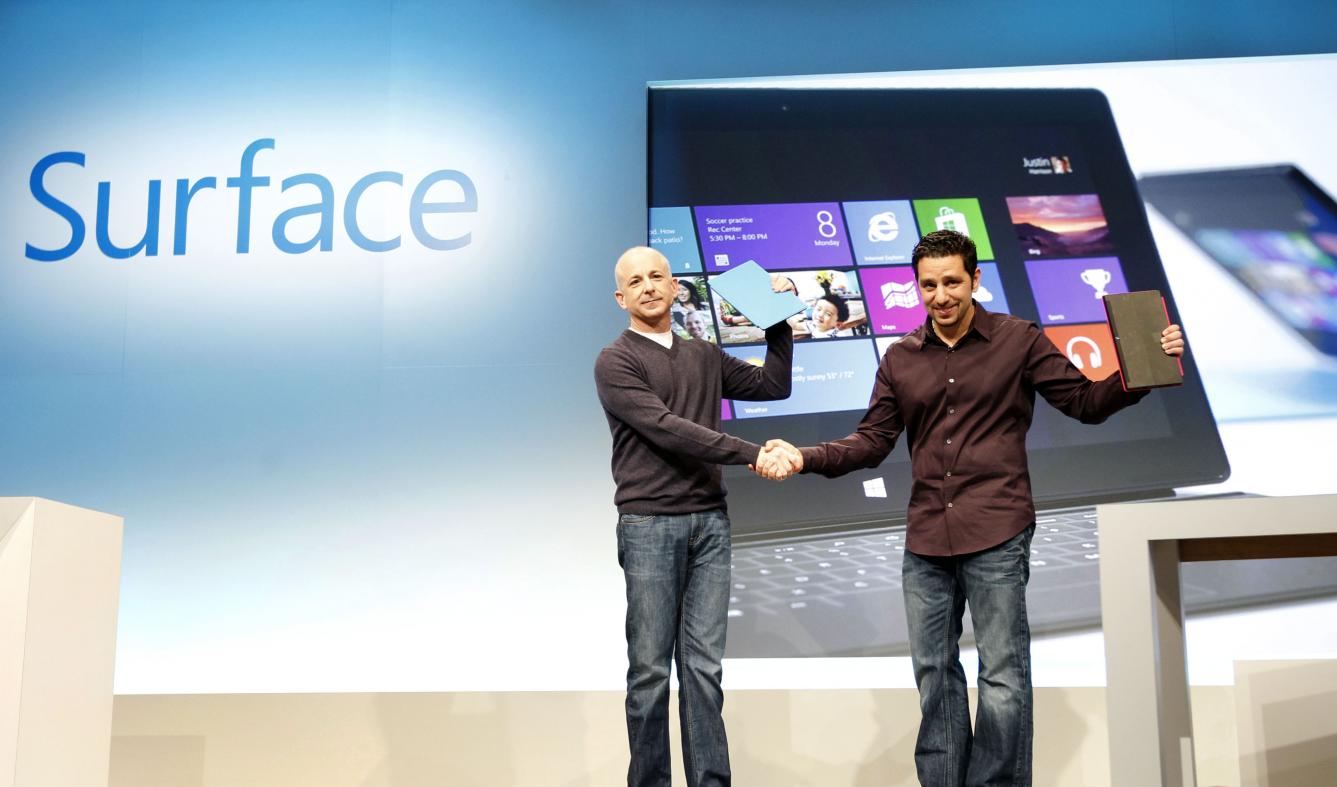 But Windows, being the battleship-sized behemoth that it is, would take nearly two years to turn onto the new heading. Getting the entire fleet of PCs, smartphones, and tablets sailing together in formation would prove no easy task. Along the way, Microsoft provided hints of what was coming. A unified user interface, leveraging social-saavy tiles previewed on the smartphone, would usher in a new interface and steer clear of patent problems Android experienced.

In parallel during those two years, ARM has become the heart of almost all smartphones and tablets. Yes, there is a Motorola Droid Razr i running around Europe, a LAVA XOLO X900 in India, and probably a few more Intel smartphone designs waiting in the wings. But there isn’t direct, line-up-for-hours demand clamoring for Intel-based phones yet, and there hasn’t been an apps crisis since most Android apps use the Dalvik VM.

On another parallel path, ARM has been preparing a push into servers with a new 64-bit architecture (via our Paul McLellan), anchored by the Cortex-A57 processor, and the addition of the largest processor partner to date in AMD. For the Linux community running server farms, this is welcome news, albeit the first hardware is still at least a full year away. But again, no lines of rabid consumers ready to ditch Intel Architecture servers exist – the buzz is confined to IT.

What the average consumer will see, right now, is the Microsoft Surface. Just turn on the TV and notice the Surface logo in the live weather shots of Times Square, or one of several very hip Windows 8 commercials in a $1B campaign. In the first juxtaposition of ARM tablet and Intel PC processing cores, Surface comes in two versions presenting a direct choice of price, weight, battery life, and apps support.

But first comes the barking. The same IT departments looking forward to ARM-based servers find themselves conflicted over Windows 8. Their rationale is the slick new tile-happy interface is too radical a departure from Windows 7. It’s going to require a lot of retraining. That will be really expensive, and consume too many support resources. Therefore, we’re not moving to Windows 8. (Stamping of feet and holding of breath goes here.)

That will last until the CFO walks in with a Windows 8 tablet, from one of several suppliers including Dell and Samsung. The same forces of bring-your-own-device, or BYOD, that created an initial backlash against Microsoft will now start to work in its favor. A few Windows 8 devices in the right places will make headway.

The real test is consumers are showing up in retail stores hoping to get their hands on a Surface for a closer look, and what they are seeing is ARM and Windows RT which was cleverly spotted a head start. That same slick tile-happy interface from the commercials is right there, but under the Surface are all-new apps. For consumers coming from smartphones or tablets, an app store isn’t a foreign idea. RT apps will come as more developers get through certification and into the Windows store, and in the short term some may be missing.

Studies like this one from Google show most tablets are used most of the time on the couch or in bed, as a social or multimedia or gaming or reading screen, and there aren’t a whole lot of apps in play. Nobody has 700,000 apps installed. This “my app store is bigger than yours” is nonsense after the initial critical mass level is reached, and Facebook and other biggies are supported.

Now entering November 2012, we have the first test where ARM and Intel sit truly side-by-side for consumer hands to pick up and try, featuring the same look-and-feel but a different user experience. Will consumers choose the Windows 8 version of Surface and other tablets, to satisfy their reflexive impulse to install legacy Windows apps? Or will they embrace the ARM platform and Windows RT, grab the essential apps, and enjoy a lighter, thinner, and less-oft-charged experience with a lower price tag?

So you can infer which side I’m on, here’s my Sammy Hagar reference:
“If I’m wrong, hey, then I’ll pay for it.
If I’m right, yeah, you’re gonna DEAL WITH IT.”

0 Replies to “Beneath the Surface lies the first real test”