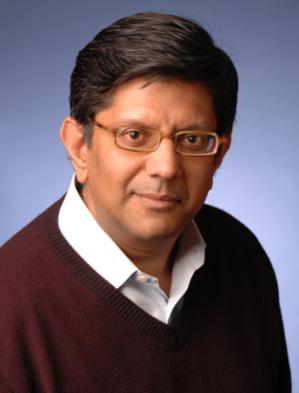 The Mobile Tsunami wave has yet to crest and the surfers strong enough to mount it are dwindling fast to the dismay of market watchers and experienced analysts. The distraction of these past few days is the courtroom drama being played out between the sumo wrestlers, Apple and Samsung, which in the end will not result in a cessation of the Mobile World War. In the background though is a much more interesting battle that is taking place between Intel and Qualcomm. Intel’s game plan is set while Qualcomm rushes to take advantage of open field opportunities. The latest announcement that Qualcomm has hired Intel’s ex-mobile chief Anand Chandrasekher signals an important shift for the communications leader.

The Mobile Tsunami market, which I claim includes Smartphones, tablets andmobile PCs is such a large and growing pie that on first thoughts one could say that there is room for many players to enjoy the spoils. When I was at Transmeta, the CEO would say all we need is 10% of Intel’s x86 market and we will be worth $15B. We didn’t execute at Intel’s cadence and we were rolled. Intel could have been generous and spotted us 10% but it would have disappeared at the next process node. It is important to point out that the larger the market, the more fronts you have to play in and do so competitively to win. Intel is already geared to play in every segment and Qualcomm is not due to their lack of an x86 solution. Going forward though I contend that Intel, Qualcomm, Apple and Samsung are the only players that have the wherewithal on the semiconductor side to build in all segments.

Nvidia just reported their quarterly earnings. Sales were $1.04B up $80M from last quarter. Next quarter sales are to increase by another $100M – $200M. That’s all very nice, now pick up your bat and glove and jump on the next bus to the minor leagues. Neither AMD nor nVidia are scaling their businesses at the rate of Mobile Tsunami and so the undertow will take them out to sea. Perhaps if Broadcom bought nVidia, then the combined company could be a player, given Broadcom’s communications strength and nVidia’s graphics capability. But time is a wasting!

By hiring Anand Chandrasekher, Qualcomm has taken a step that seems to signify that they are about to broaden their focus to include mobile PCs with x86 processors running Windows (yes it will be around for eternity). Intel acquired Infineon’s communications group last year for the purpose of selling the entire platform in PCs, smartphones and tablets. Baseband is the key value added function as we will see with the rollout of 4G LTE this fall. It is a technology that will be available in ultrabooks some time soon. If played right it can exceed the value of Intel’s x86 processors in mobiles.

Anand has in his head the x86 mobile roadmaps, as they existed when he left Intel in May 2011 as well as the understanding of how to fight and win in the mobile PC market. Intel lawyers, no doubt, have sent a nice letter to Anand and Qualcomm stating that Anand must not share any proprietary data in his new work. Don’t worry, the Qualcomm folks will figure out ways to ask questions that hint at the right road to take. Anand, would it be best if we took the road to the left or right today? Mobile Tsunami is about winning in all fronts and Qualcomm knows they have the upper hand with 4G LTE. The demand is so great that they are scrambling to get supply in place to meet demand. The tapeouts to four different Fabs is a sign that they need a massive step ramp on today’s and future products. In addition, they need to be able to negotiate lower wafer pricing with TSMC. It is the alternative to writing a $5B check ahead of time.

However, they can’t rest with just the ARM based Snapdragon. They need to put in place an x86 + 4G LTE product family in order to take Intel’s high mobile ASP advantage away from them and to increase their presence and revenue in a segment that will represent roughly 250MU in three years. It is not, as most have guessed a battle of x86 vs. ARM that determines the winner rather it is an entire mobile platform battle and both processors will coexist. That’s why as an investment strategy investors may decide to own both going forward.

Full Disclosure: I am Long AAPL, INTC, ALTR, QCOM. This article is not a recommendation to buy any stocks mentioned above or in any other one of my postings. Investors must do their own research.