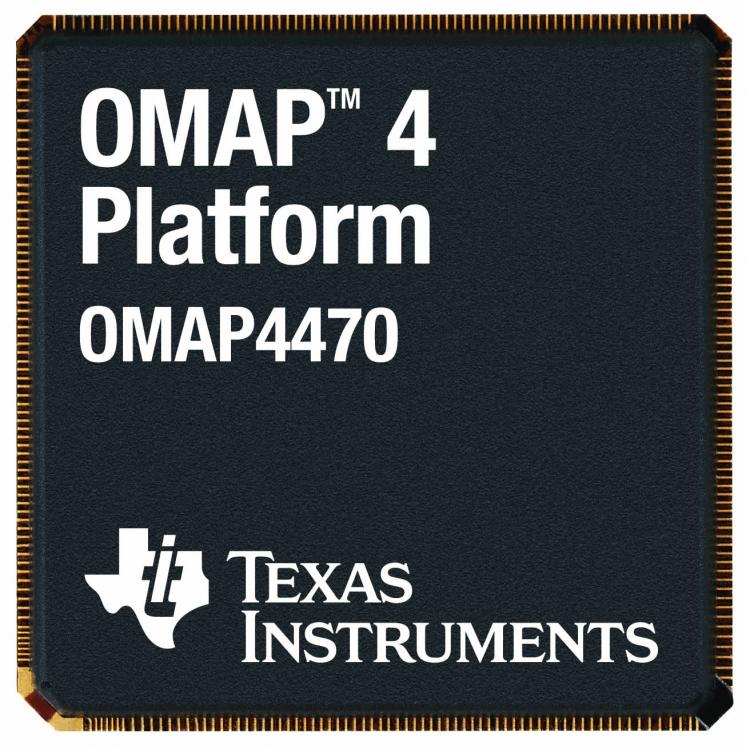 TI has parlayed its heritage in digital signal processing and long-term relationships with mobile device makers into a leadership position in mobile SoCs. They boast a relatively huge portfolio of design wins thanks to being the launch platform for Android 4.0. On the horizon, the next generation OMAP 5 could change the entire mobile industry.

TI’s approach is based on three things: integrate, integrate, and integrate. Engineers love TI because the OMAP parts are well thought out, well documented, and complete down to the smaller details of secondary interfaces needed to make a phone or tablet. How they have glued this much stuff into a device is relatively amazing. (Maybe other SoCs are this cool, but it’s hard to tell from the obfuscated block diagrams most vendors provide publicly. #JustSaying) 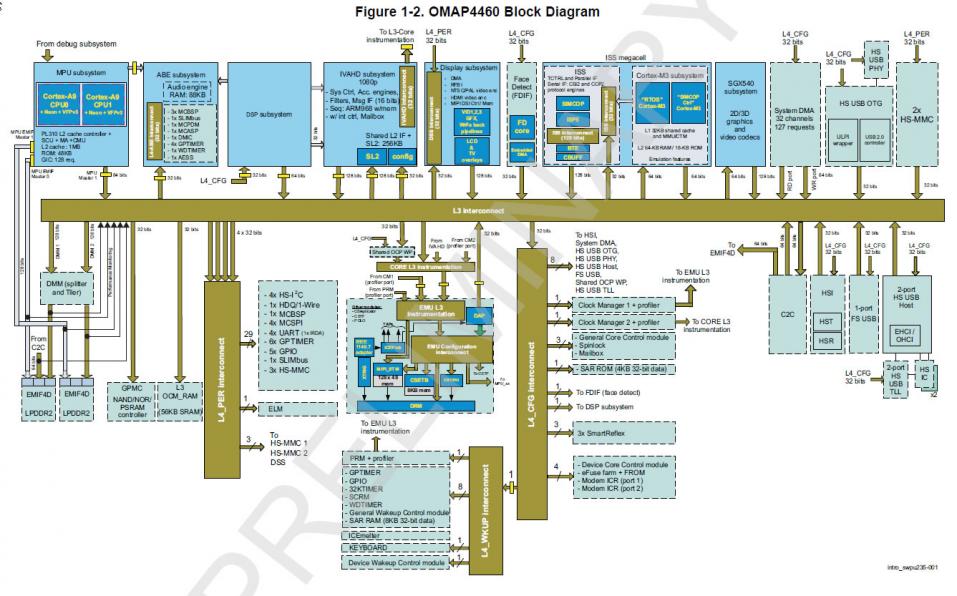 GPU: The Imagination Technologies PowerVR SGX540 drives the currently shipping 4430 (304 MHz) and 4460 (384 MHz), and while competitive it puts current devices behind the Samsung Galaxy S2 and well behind the Apple iPhone 4S. That’s about to change with the 4470, which moves to the PowerVR SGX544 at 384 MHz.

Subsystems: Here’s where some TI magic and embedded design experience kicks in. There are more cores than meets the eye on the OMAP 4. There are 2 ARM Cortex-M3 cores which manage video and display and imaging tasks, including a still image coprocessor. Translation: cameras hooked to an OMAP 4 have some serious image processing, including 3D capability, behind them.

Interconnect: We mentioned Arteris briefly previously in this series, but couldn’t say much about that vendor’s implementation. TI’s use of Arteris network-on-chip IP is documented. All those tan boxes labeled L3 Interconnect represent the multi-protocol Arteris solution.

The current crop of devices based on OMAP 4 is impressive. Some of the recognizable platforms running on an OMAP 4430 are the Motorola DROID RAZR MAXX phone and XYBOARD tablet, the Amazon Kindle Fire, the RIM BlackBerry Playbook, the Toshiba Excite 10 LE, the LG Optimus 3D Max, and the waterproof Sharp AQUOS 102SH. It’s also in one of the versions of the Samsung Galaxy S2 i9100G. For engineers wishing to embed the 4430 in something, there’s the Pandaboard. Running on the OMAP 4460 are the Samsung Galaxy Nexus, and the stunningly thin Huawei Ascend P1 S. Rumor has it there’s a rapid bump in store for the Galaxy Nexus to the OMAP 4470.

TI demonstrated a Windows 8 tablet at CES on the OMAP 4470, which points to another key in the TI strategy: not only are they partnered with Google, they’re partnering with Microsoft. This sets up quite a battle between TI, Qualcomm, and NVIDIA moving forward.

Teamed with Cadence and ARM, TI embarked on the ambitious OMAP 5 project, which is estimated to have been in the range of $8M just to develop the design. The OMAP 5430 moves TI into 28nm, and takes integration to the next level with dual Cortex-A15s clocked at 800 MHz, the SGX544, two Cortex-M4s, a beefier display subsystem, and more peripherals. 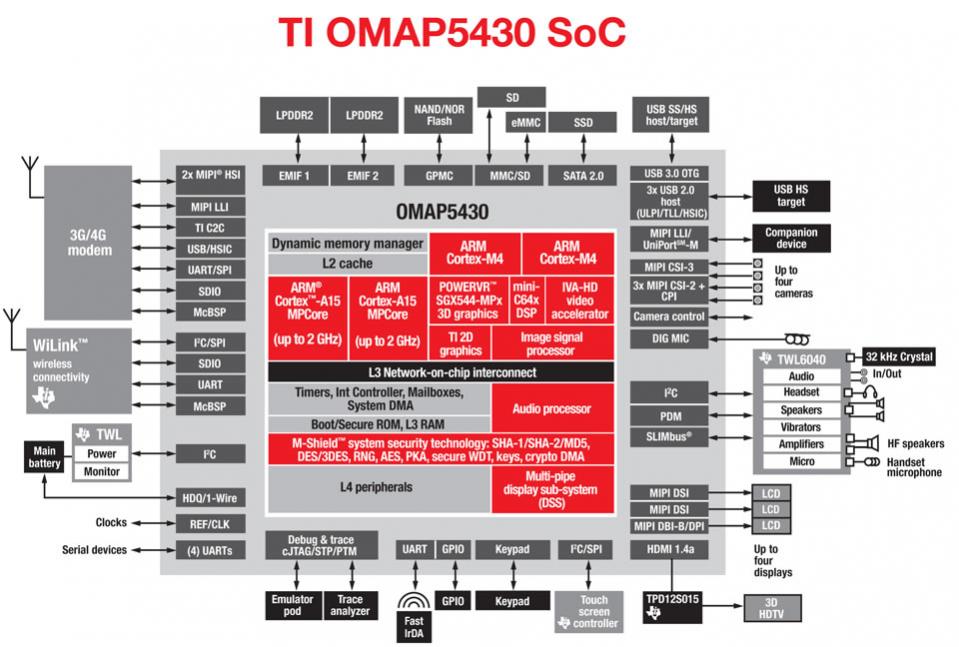 Why would I say something hyperbolic like this could change the entire mobile industry? Well, the fate of at least one company lies squarely on the OMAP 5: RIM. And it’s not just the future of the PlayBook tablet. The BlackBerry 10 ‘London’ superphone is, by all accounts from multiple sources I’ve talked to and not just the rumormonger blogger sites, based on OMAP 5. It’s consistent with several “delays” of the device launch in waiting for OMAP 5 production. If RIM is to survive this spiral they’re in, the QNX operating system running on OMAP 5 will be at the center of their leapfrog attempt which will unfold in the next few months. Either way, things are gonna change drastically as the superphone takes shape.

With everything put together – being the de-facto standard for Android moving forward, adding a new relationship with Microsoft to a strong ARM partnership, incorporating innovative imaging and peripheral support, and stretching the envelope of performance per watt into a new class of superphone – TI’s OMAP family should be the heart of mobile devices for years to come.

Next up in the Smart Mobile SoC series: Apple.