Chris Rowen, Tensilica’s CTO, presented in Santa Cruz at the Globalpress briefing. He was basically presenting Tensilica’s audio strategy, which I’ve written about before. But he provided an interesting perspective. Globalpress (which flies journalists in from all over the world and then fills the few remaining empty seats with a few of us local guys) has been going ten years.

Ten years ago, Globalpress was, in the audio processing area:

And Tensilica had not introduced an audio core. But one year later, 9 years ago, they had. Now it is accepted wisdom that audio processing on a general purpose processor (i.e. ARM) is silly. You should offload it onto a specialized core such as the Tensilica one (or the ARC-based Synopsys one that we also recently covered). I was at the Linley Tech Mobile Conference (nee Microprocessor forum) and a Tensilica demo by the Wolfson Microelectronics (yeah, Edinburgh, one of my alma maters) showed it dramatically. The ARM would sleep for over 9 seconds and wake up for less than a second to feed a Tensilica core with data and then go to sleep. I forget the precise power reduction (there were ammeters and oscilloscopes to keep everyone honest) but it was dramatic. 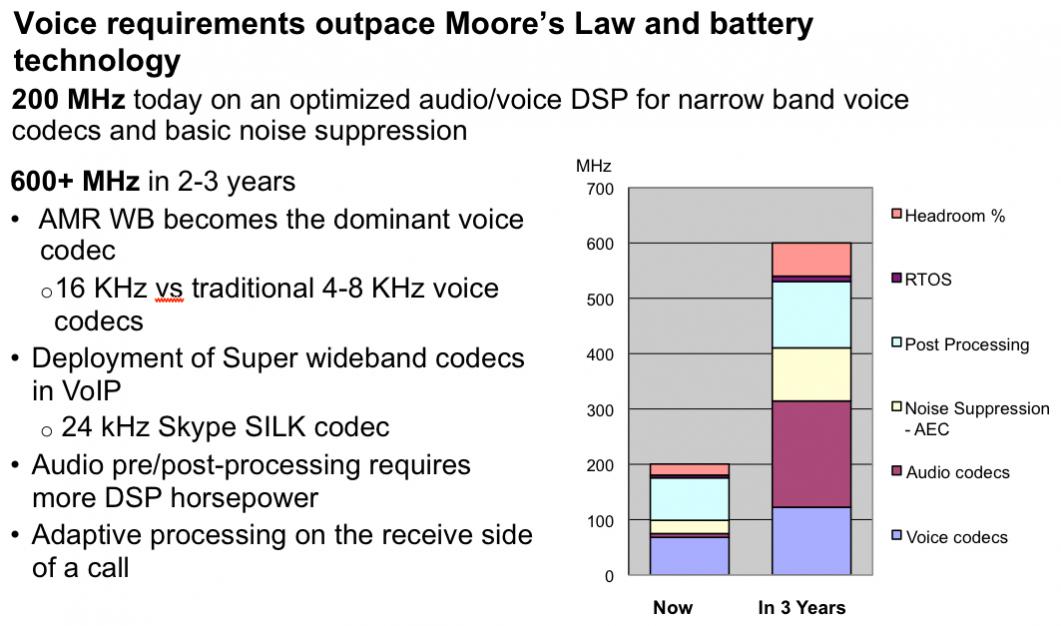 The problem is that voice requirements are going up faster than Moore’s Law (or More that Moore as we are learning to say). Basic voice runs at 200MHz today but will go up to 600MHz in 2-3 years. And those power budgets, not so much.

We are looking forward to much higher sound performance, especially on the voice receiving side: 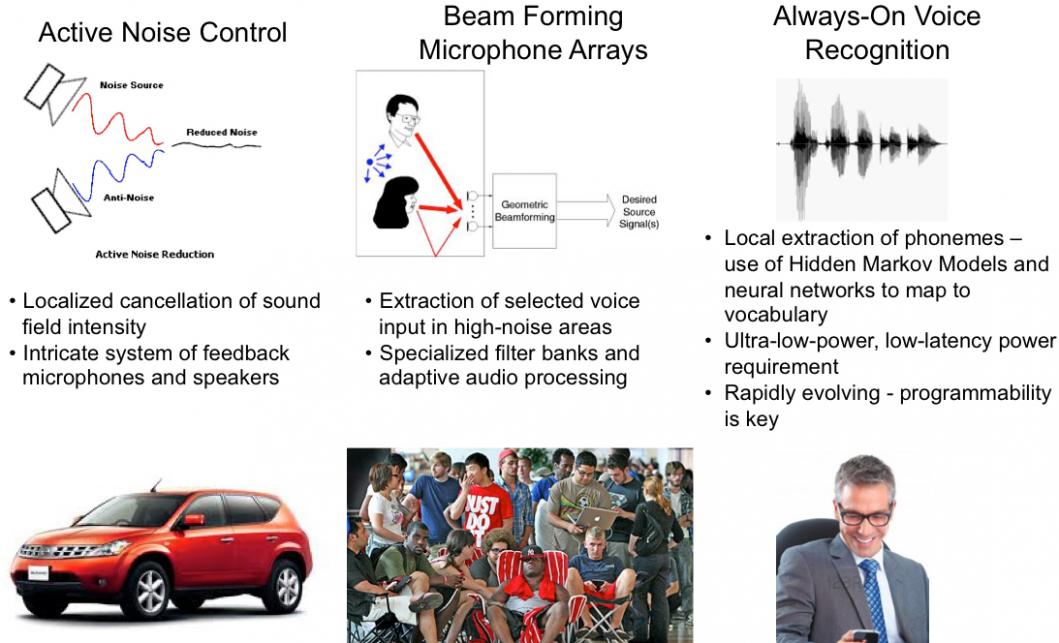 The point of Chris’s story wasn’t so much that voice is different, but it is a pioneer going where all the other technologies: video, radio processing (bluetooth, wireless, LTE etc), camera image processing and so on are going. And it is exploding… 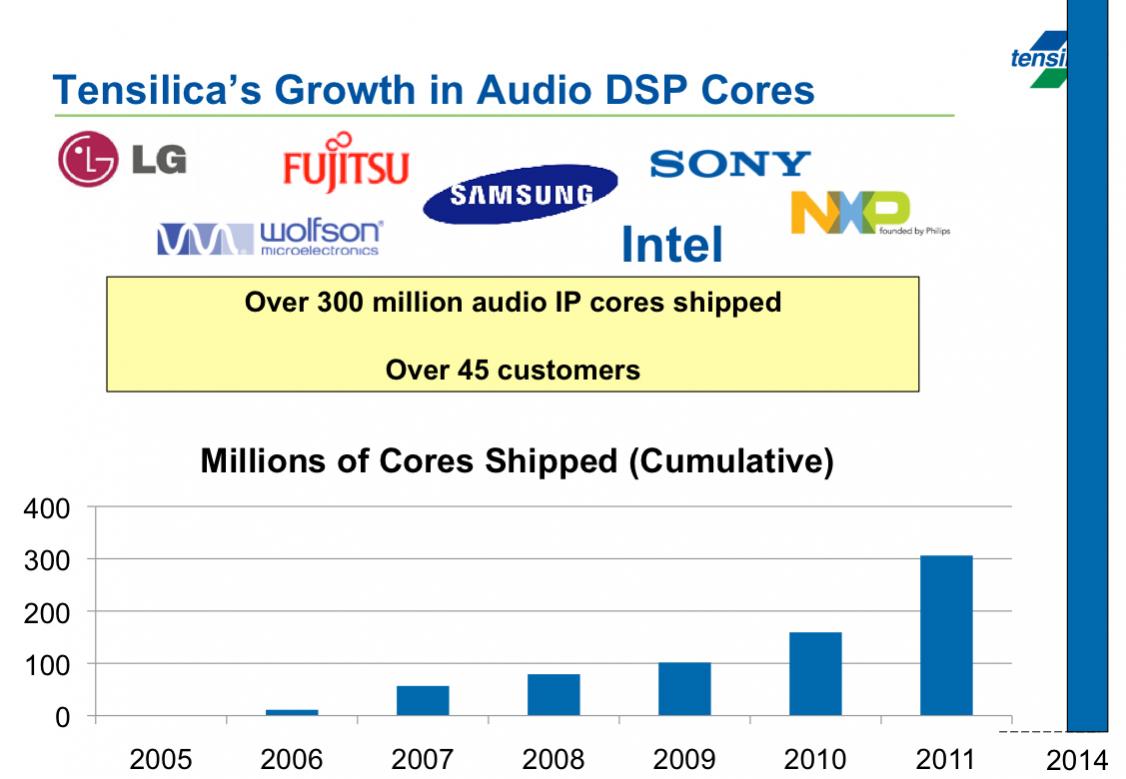