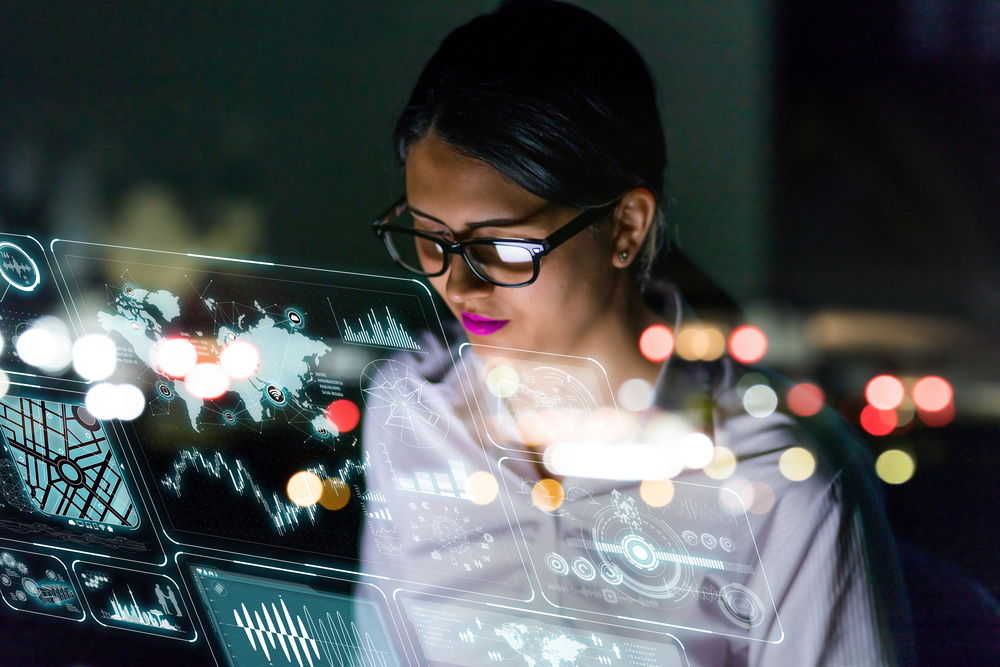 What do genome sequencing, engineering modeling and simulation, and big data analytics have in common? They’re all bandwidth-hungry applications with complex data workloads. High-performance computing (HPC) systems deliver the parallel processing capabilities to generate detailed and valuable insights from these applications. To break through any bandwidth limitations, HPC SoCs need the fast data transfer and low latency that high-speed interfaces like PCI Express® (PCIe®) provide. With each new generation of PCIe delivering double the bandwidth of its predecessor, the latest iteration, PCIe 6.0, promises to be a boon for compute-intensive applications.

The HPC solutions that transform high volumes of data into valuable knowledge can be deployed in the cloud or on on-site data centers. Regardless, they demand compute, networking, and storage technologies with high performance and low latency, as well as artificial intelligence (AI) prowess. PCIe 6.0, which is expected to be released sometime this year, is expected to help solve the bandwidth limitations that HPC SoCs are constantly facing. The I/O bus specification will provide:

Faster data transfer via PCIe 6.0 will result in faster computations for HPC, as well as cloud computing and AI applications. For example, as an AI algorithm is being trained, data needs to move back and forth quickly across multiple processors. PCIe 6.0 will remove the bottlenecks to allow a fast data flow for a more rapid training process. At the moment, the HPC landscape is dominated by hyperscale data centers. Given their disaggregated computing structure, hyperscale data centers currently provide the most powerful HPC capabilities for applications like AI engines. PCIe 6.0 will be beneficial by supporting more efficient disaggregated computing.

Another emerging application for PCIe 6.0 is storage, namely solid-state drives (SSD) used in data centers. Technology advances in SSD manufacturing—including stacked die—have increased storage capacity. At the same time, this has pushed the limits of 4-lane PCIe form factors. PCIe 6.0 will open the doors to the bandwidth and fast data transfer needed to take full advantage of the increased storage capacity.

PCIe 6.0 moves from the NRZ structure to PAM-4 for faster data transfer and higher bandwidth

Transitioning to this new architecture from earlier PCIe generations will involve some design considerations. For example, the receiver architecture for the PAM-4 PHY is based on an analog-to-digital converter, which calls for optimization of analog and digital equalization to achieve the optimal power efficiency regardless of the channel. Given the massive data pipe involved—potentially up to 1TB per second of data being moved in each direction—proper management of this data is critical. Another consideration relates to testbench development for verification, which ideally should be as efficient a process as possible while also accounting for factors like functional coverage.

Synopsys, which has long been a key contributor to PCI-SIG workgroups, has unveiled a complete IP solution that will allow for early development of PCIe 6.0 SoC designs. Synopsys DesignWare® IP for PCIe 6.0 is built on the silicon-proven DesignWare IP for PCIe 5.0 and supports the latest features of the upcoming new specification. As such, the solution is designed to address the bandwidth, latency, and power-efficiency demands of HPC, AI, and storage SoCs. The solution consists of:

Data Makes the World Go ’Round

It’s a data-driven world, and this will only intensify in the coming years. By 2025, according to IDC estimates, worldwide data will grow to 175 zettabytes, with as much of this data residing in the cloud as in data centers. That’s a 61% compounded annual growth rate from 33 zettabytes in 2018. While PCIe 6.0 early adopters are anticipated to be hyperscalers and other HPC SoC designers, the newest standard promises to eventually gain traction among designers working on edge, mobile, and automotive applications. While leading the shift to PCIe 5.0 with hundreds of design wins, Synopsys is helping designers gain a head-start on PCIe 6.0 designs with a complete PCIe 6.0 IP solution and expertise in the popular high-speed SerDes IP. As bandwidth demands increase, designers of PCIe 6.0-based applications can be well-positioned to keep the data moving.