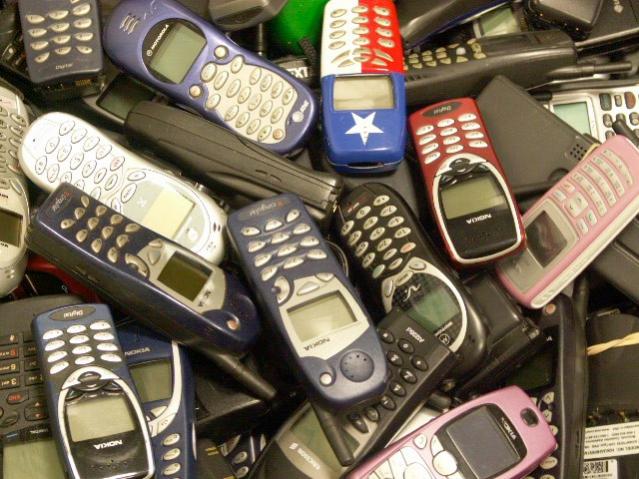 Mobile is one of the biggest markets for semiconductor, especially if you count not just mobile handsets but also the base-station infrastructure. No technology has ever been adopted so fast and so completely. There are approximately the same number of mobile phone accounts as there are people in the world. A few people have more than one, of course, and a few have none. However, incredibly, almost every person in the world can make a phone call or send at text to almost every other person. Anecdotally more people use a cell-phone than a toothbrush, or even pencil and paper.

This has all happened in around 25 years. In that time mobile phones have gone from being a luxury for a few rich bankers, to something that every salesperson had in their car. Then, in the mid-1990s the market really took off as phones became cheap enough for everybody. Most people under 30 will never have a landline phone since they have never not had a mobile phone since they were a teenager. Of course, just like all of electronics, this has largely been driven by changes in semiconductor technology that has made computer power exponentially cheaper until we have affordable smartphones (already half the market worldwide) that, apart from screen-size, are fully featured personal computers.

The computer power was not just used for Angry Birds or surfing the web. Under the hood in the cell-phones, increased computer power has made it feasible to build radio interfaces that make more efficient use of the available spectrum, compressing voice to be encoded in fewer and fewer bits and more and more phones into the same radio bandwith.

The true cell-phone call (as opposed to simply using walkie-talkie type radio technology from a car) was made in 1973 from Motorola to Bell Labs. Japan launched the first cellular network in 1979. In 1981, in what would turn out to be an important first step towards standardization, the Nordic countries of Finland, Sweden, Norway and Denmark launched a network that worked in all four countries. Nokia and Ericsson, based in Finland and Sweden respectively, became leaders in handsets and base-stations. Many other countries, especially in eastern Europe, also adopted the Nordic standard giving even more economies of scale. The first US network launched in 1983.

The first generation of cell-phones were all analog. Also, there were few economies of scale since many countries decided to have their own proprietary standards. Motorola, with years of experience in radio communications, became the market leader. In the early days of cell-phones, getting the radios to work efficiently was one of the big challenges.

The details vary depending on the precise standard, but at a high-level cell-phones all work the same way. There is a network of base-stations, which are big towers or building-mounted, with large antennas. Sometimes these are disguised as trees or cacti, but often they are clearly visible especially along freeways.

At any time, each powered-up cell-phone is communicating with one base-station. In fact, most likely it isn’t communicating much, it is powered down most of the time, waking up occasionally to see if there is an incoming call by briefly listening to the paging channel. It also monitors any other base-stations in range and measures their signal strength. If a neighboring base-station has higher power, as will happen as a phone moves in a vehicle, then the phone disconnects from the original base-stations and picks up off the new one, called a handover. Making this work cleanly while you are on a call, which doesn’t just require the phone to connect to a new base-station but also requires the call in progress to be routed to the new base-station is not straightforward.

The most common reason for cell-phone calls to be dropped is that when this handover takes place there is no free channel on the new base-station to switch to. A similar problem can happen when trying to initiate a call. If a channel doesn’t free up within a given time then the call is abandoned and “call failed” or something similar appears on the phone.

A third channel is transmitted by the base-station so that it can be located. When a phone is first turned on, it searches all channels for this special channel, typically by looking for the channel with the highest power being transmitted. This then allows it to find the control channel and the phone then sends a message to the base-station announcing its existence.

In normal use the phone wakes up every few seconds at a carefully timed moment and listens to the paging channel. If there is an incoming call for the phone, the base station will inform the handset of this during this moment when it is fully powered up. The handset then uses the control channel to set up the call (all calls, even incoming ones, are really initiated from the handset).
Of course, the other way to initiate a call is that the user dials a number. Again, a message is sent on the control channel to set up the call and get a channel to transmit and receive the call itself.

In addition to voice networks, which get a dedicated channel during a call, there are packet-switched data networks used for email and internet access.

In 1982 the mish-mash of different cellular standards was clearly suboptimal. For one thing, a phone from, say, France would not work in Germany for example. But because French and German cell-phones were different they were both manufactured in comparatively low volumes. Work started on a new European standard in a committee originally called Group Spécial Mobile (GSM). In 1987 a large number of countries signed onto the standard, and over the years many more, not only from Europe, also adopted it as the most viable standard. Notable countries that did not adopt GSM were Korea and Japan, and some networks in the US which went with proprietary standards. The GSM standards were finally published in 1990. There is a packet-switched data network too, called GPRS.

Almost every country in the world adopted GSM and so the volumes involved in the industry grew to be enormous. It had approximately 80% share worldwide. Since Japan, Korea and the US did not adopt GSM, the Europeans ended up with a huge advantage. Motorola had to protect its domestic market and completely failed to be an early force in GSM. The same for Samsung and other Korean suppliers, and all the Japanese suppliers who were all focused on their domestic markets. As a result, European handset manufacturers, especially Nokia and Ericsson, became world leaders.

GSM became a huge market for semiconductors too, as handset sales went up to huge volumes. For example, around 2000 there were a billion cell-phones a year being sold, one third by Nokia who were thus shipping about a million phones every day. By the mid-1990s a GSM baseband (pretty much everything except the radio) would fit on about 5 chips but by 2000 it was down to a single chip. This drove prices down and volumes up.

Also see: A brief History of Mobile: Generations 3 and 4

0 Replies to “A brief History of Mobile: Generations 1 and 2”