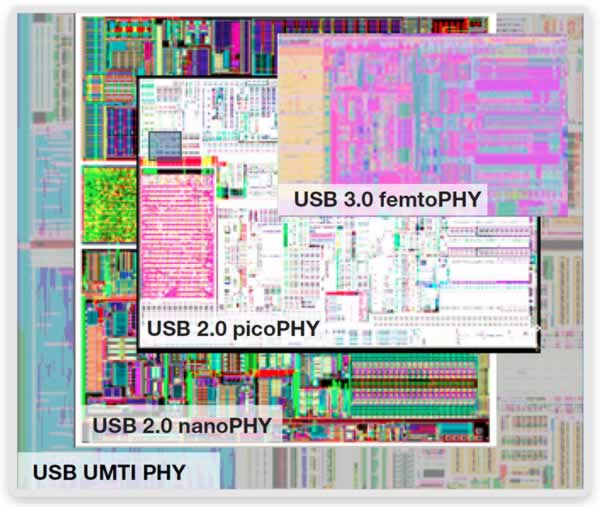 Sometimes a standard is a victim of its own success, at least for a while as the economics catch up to the technology. When a standard like USB 3.0 is announced, with a substantial performance increase over USB 2.0, some of the use cases come on board right away. Others, where vendors enjoy a decent ROI with good-enough performance, take longer to embark.

Just me, or is it odd that this long into USB 3.0’s existence, you still can’t assume that every USB port on a new PC is a USB 3.0 port?

Good question, Harry, and it isn’t just PCs. Just as small numbers produce some spectacular CAGR figures when in reality there isn’t a lot of news yet, large numbers can mask a significant amount of progress being made. If we look at some of the USB 3.0 use cases:

In that analysis, in a few cases performance clearly wins – in other cases, people would take more speed if it were free. Therein lies the problem.

TrendForce released a study in September 2013 indicating USB flash drive penetration for USB 3.0 was only about 10% at the time, expected to grow to somewhere between 20-25% this year. What’s the holdup? In large part, the popularity and profitability of USB 2.0 flash drives has made it unnecessary to invest right way in transitioning to USB 3.0. Combine that with the fluctuations in NAND supply and the overall lack of USB 3.0 flash controllers so far, and the result is slow going in terms of percentages.

It takes two to tango; both hosts and targets need to be up to speed on USB 3.0 to fully realize the benefits. The other side of this coin is real estate, especially on the host where four, six, eight, or more ports can be involved. Just upgrading all ports to USB 3.0 might seem like a no brainer, but there is only so much footprint available on SoCs. A port pinched is a dollar earned.

All this points to a need for more space-efficient USB 3.0 IP, which is where Synopsys comes in. The recent announcement of DesignWare USB 3.0 femtoPHY IP cuts the implementation area to less than 0.5 sq mm, and reduces pin count for further savings on the periphery. Concurrently, Synopsys introduced an enhanced USB 2.0 IP package as well.

Synopsys hasn’t skimped on performance or features, in spite of a claimed 50% footprint reduction over the previous picoPHY IP packages. These are fully certified to the latest USB-IF specifications by a third party. They claim this is the first certified USB 3.0 IP for 14nm FinFET at Samsung, and both implementations are also available on 28nm.

There is also a video starring Fong discussing the insights (scroll down the page).

So, Harry, to answer that Twitter question: it might be that there hasn’t been much small, solid, certified USB 3.0 IP out there until now. DesignWare USB 3.0 femtoPHY IP may finally remove the urge to port pinch in SoC designs and help expand USB 3.0 adoption more quickly.