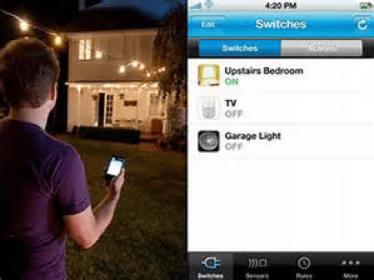 Getting Ready for Bluetooth-5 Verification
by Bernard Murphy on 01-13-2017 at 7:00 am
View Profile
View Forum Posts

Bluetooth has been very successful for many years, but arguably trapped in a niche, at least for us consumers, as a

short-range wireless alternative to a wire connection – to connect your phone to a car or speakers for example. (In fairness I should add that the 4.2 version has improved range and Bluetooth has already become quite successful in the IoT). But the Bluetooth special interest group has had bigger ambitions, now apparent in the recently released Bluetooth 5 (BT5) standard.

Part of the improvement is of course in extending metrics – 2X the speed, 4X the range, 8X message capacity, all with (I am told) an even better low-energy profile than BLE. Great though those improvements are, they don’t really sum up the capabilities and importance of BT5.

Start with range. Practical range is expected to be up to 120 meters, easily matching WiFi. But it gets better. BT5 supports mesh networking which means that instead of the old-style point-to-point pairing familiar in earlier versions, registration is now “friend-to-friend”, meaning you can register with a network (or be pulled in as a friend) and then have access to all nodes in the mesh. All of which makes BT5 a serious contender for home automation, connecting your phone to the fridge, lights, thermostat and your TV, and office automation, connecting to printers, projectors and other assets.

Incidentally, this explains why it is increasingly common to find radios supporting both ZigBee/Thread and BT5 (the ARM Cordio radio offers this option). As a chip-maker, you don’t want to bet on Zigbee or Thread for home automation and then find popular demand just as interested in BT5.

BT5 also offers beaconing to support local position-awareness (such as in a mall) and local push-advertising (you’re looking for shoes, we have a great deal in our store, which is just on your right), where high-capacity support allows for pushing richer content. As far as I can tell, BT5 is the only contender today in this space, so is pretty much set to own this market.

So there’s huge potential for products in consumer, retail, emergency medical and logistics applications to name just a few, but of course all that functionality means there’s a lot more you have to verify to prove your design is compliant with the standard while also supporting the earlier 4.2 standard. You need a full spec compliance VIP and verification methodology to get there. Just to give you a hint, the spec approaches 3000 pages, so building your own test plan, coverage plan and test sequences is not a task for the faint of heart.

Cadence has a well-established history in providing VIPs and especially in keeping up with the latest protocols. Scott Jacobson (product marketing director for verification IP at Cadence) told me that given the Cadence focus on VIP they can afford to put a lot of effort into preparing full-spec VIPs ahead of the market. They provide a capability they call TripleCheck which includes a test suite, a coverage plan and a verification plan. These are all customizable.

TripleCheck provides an extensive library of test sequences to stimulate the design under test. The test library contains directed tests (providing quick checks for common protocol compliance issues) as well as constrained-random test sequences for exhaustive testing to detect corner-case bugs hidden in the design. Tests support error injection in each layer of the protocol stack to check operation of the design when faced with non-compliant stimulus. This combination of directed and constrained-random tests results in high functional coverage, right out of the box. I should also mention that you can model multiple radios, a capability that is apparently becoming increasingly common.

The solution also comes with a verification plan mirroring the protocol specification. All requirements in the specification are listed in the plan and organized according to (specification) chapter and paragraph hierarchy. The plan is linked to the coverage model and is provided in XML to ease portability between simulation environments. If you’re using Cadence vManager, the plan simply integrates into that environment.

You can learn more about the Cadence Bluetooth 5 VIP solution HERE.