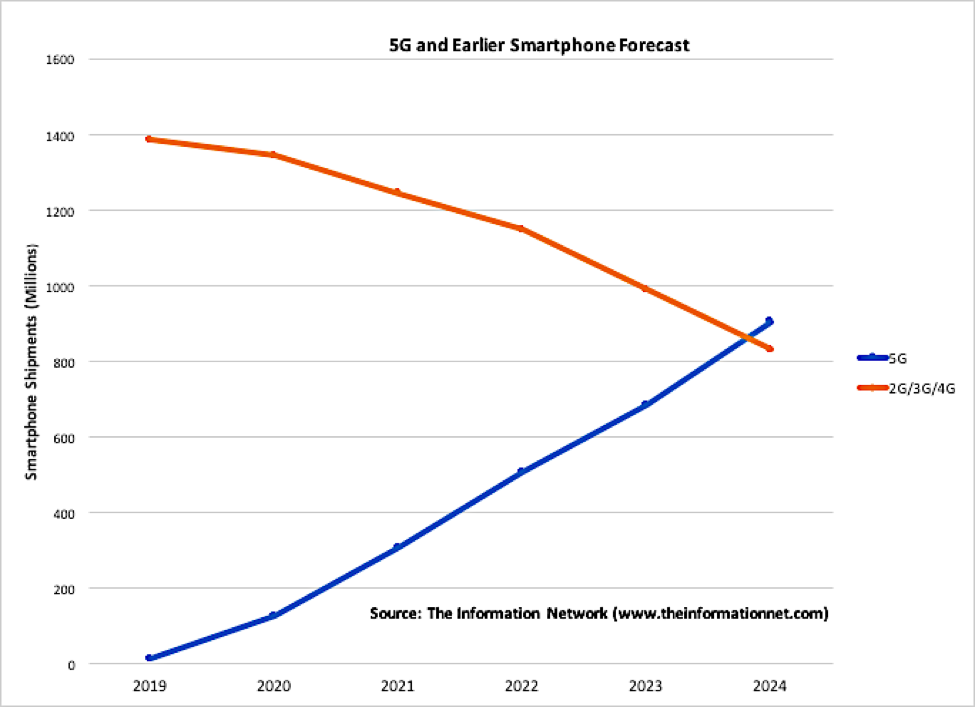 According to The Information Network’s report “Hot ICs: A Market Analysis of Artificial Intelligence, 5G, CMOS Image Sensors, and Memory Chips,” 5G smartphones will surge at a CAGR of 130% during this period,. 2G/3G/4G smartphones will exhibit a CAGR of -10%, as their share of the overall smartphone market drops from 99% in 2019 to 48% in 2024.

In addition to the technical benefits of 5G, which are designed to transfer data 10 to 100 times faster than current 4G technology, prices will also drop significantly during this timeframe. In 2019, 5G phones are selling for twice that of 2G/3G/4G. But in 2024, 5G smartphone prices will have only a 10% premium over older phones.