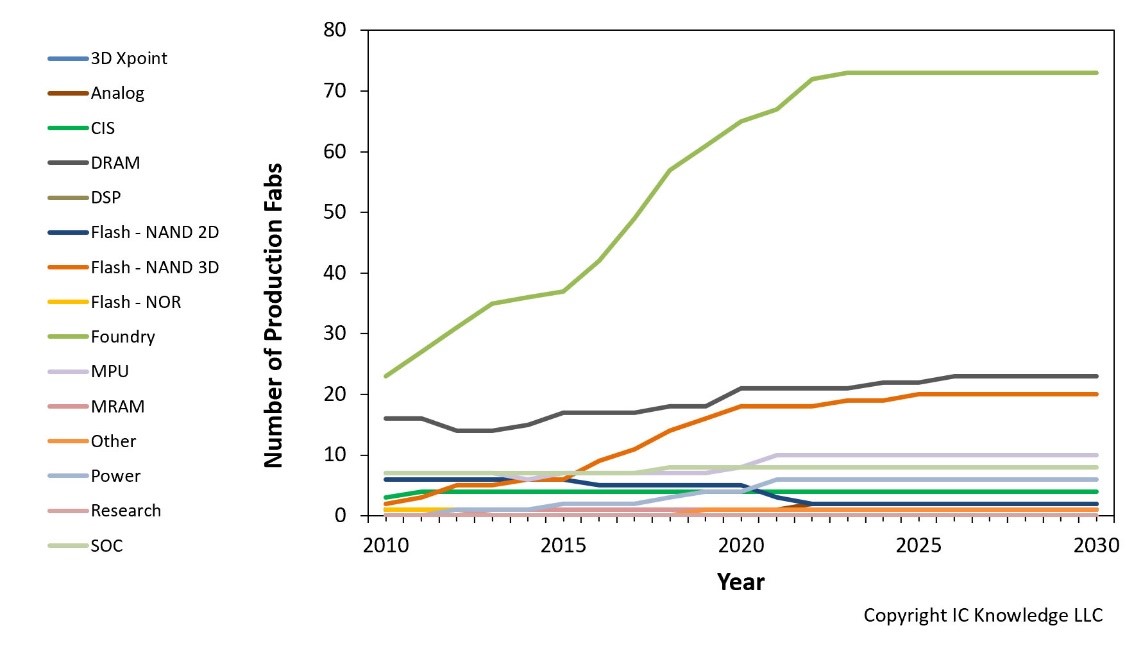 Unless you are new to SemiWiki you should be familiar with Scotten Jones, founder of IC Knowledge, semiconductor process expert, and blogger extraordinaire. Scott joined SemiWiki in 2014 and has been blogging ever since with 130 posted thus far.

IC Knowledge also produces a database of all the 300mm fabs in the world including both currently operating fabs and announced new fabs. The 2019 – revision 03 version is available now and includes detailed profiles of 190 fabs.

It is interesting to track the progression of capacity by country. In 2010 Taiwan had the most installed capacity followed by Korea, Japan, the US and China. By 2020 IC Knowledge is forecasting the capacity by country to switch to Korea at number one followed by China, and then Taiwan, with Japan and the the US in a distant 4th and 5th place respectively.

In terms of companies, the five largest in terms of currently installed capacity are Samsung followed by TSMC, SK Hynix, Micron and Toshiba. With the exception of TSMC at number two all of the top five companies primarily produce memory products.

The 300mm Watch database includes detailed profiles of each fabs with company, location, product, key dates, cost, cleanroom size, linewidths and capacity by year from 2010 to 2030. The database also includes analysis pages of capacity by linewidth, country, product and company, also number of fabs by type, and product and finally average fab capacity by year and type.
The following figure is an example from production fabs by type sheet that includes numeric values and two different graphs. 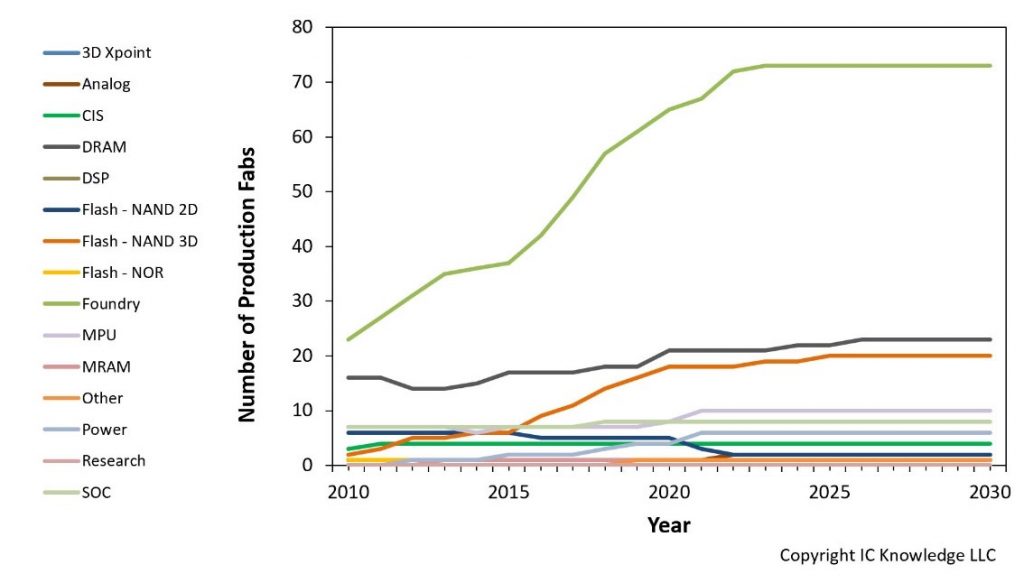 Figure 1. Worldwide number of 300mm fabs by type and year

The IC Knowledge 300mm Watch database is an essential source of information for anyone interested in tracking 300mm fabs.

For more information as well as pricing on any IC Knowledge product please go to www.icknowledge.com