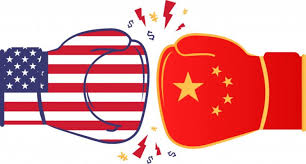 Post Election Fallout-Let the Chips Fall / Rise Where They May
by Robert Maire on 11-09-2020 at 10:00 am
View Profile
View Forum Posts

As compared to previous presidential elections, this one likely has much more impact on potential on the tech industry as a whole and on chips and equipment specifically.

The open trade war between the US and China has seemingly devolved into a tech “cold war” as the US has gone after Huawei which threatened the US dominance of 5G.

The ongoing “tit for tat” has looked like it would break back out into open warfare after the US cut off equipment sales (without a license) to SMIC of China.

It has had the sort of feel of the Cuban missile crisis in which neither side would back down and continued to escalate.

We think the change in management on the US will give China reason and an opening to back off the escalation and stand down and stand by.

The Chinese government is likely hopeful that the incoming administration will be less provocative and aggressive when it comes to China trade.

Trump had something to prove, Biden doesn’t

One of the biggest talking points for Trump in the 2016 election, aside from the wall and immigration, was the imbalance of trade with China (and other countries).

The trade deal with China (which turned out to be ineffective for trade balance..) was initially the focal point and when that didn’t work out as expected the focus shifted to Huawei and 5G as the new proxy for the Chinese trade issue.

Had we not had the distraction of Covid, the trade war would likely have been raging white hot by now. Given its less important status, the trade war has been simmering and stumbling forward.

Biden in a box

We certainly don’t think that Biden will do a 180 and go soft on China out of the box. Quite the opposite…we think that Biden cannot be seen as “soft” on China and will not significantly back off (at least not publicly).

More importantly, China trade issues are one of the very few issues that has strong bi-partisan support across the entire US. Trying to foster bi-partisan cooperation means keeping up the trade war on China under the new administration to build a cooperative political environment.

Nothing unites people more than a common foe and the US needs a lot of uniting right now.

President Trump is obviously not in a good mood and may choose to lash out just because he can or to prove a point. He also has little concern about the consequences at this point being a “lame duck”.

He could completely ignore Covid, leaving the mess for Biden to clean up and go back and focus on the issues that are near and dear such as China trade (one of his “go to” subjects).

Knowing that China won’t likely react, while waiting for a better Biden, means that he could do virtually anything without fear of repercussion (short of something crazy).

He could also try and prove as much as possible prior to January with an eye on 2024.

The problem is that a little over two months is not a lot of time to get something accomplished but certainly enough time to cause trouble.

Our view is that overall, the immediate threat of a trade war with China going “nuclear” is much diminished.

Everyone, both the current and future administration, are preoccupied with other things to worry about or focus on.

This is perhaps more true with the outgoing administration that likely will not get back to strong focus on China with the amount of time remaining on the clock.

Though the “deep state” people who focus on China trade issues every day likely won’t change significantly, at least not right away, the urgency and focus will likely diminish given different priorities.

Big tech has been a big target of the current administration for problems both real and imagined. Facebook, Twitter, Google….not so much Tim “Apple” who catered to Trump’s ego. BK of Intel held up a shiny wafer for Trump in the oval office but later quit the tech counsel.

Tech has not been on Trump’s BFF list and has been worsening by the day, especially the last few days post the election.

Biden has not had many if any photo ops with silicon valley types and at the same time does not regularly criticize them so it seems more like a neutral relationship which is likely a strong improvement for most silicon valley execs. Most would likely prefer to get back to flying below the radar, and making money than getting grilled before congress and lambasted by the president.

Its also not like Biden had to kiss butt in the valley as California is as blue as New York so he likely doesn’t owe any favors.

In general, big tech overall can go back to its low key way of doing business and controlling our lives and pocketbooks without a lot of publicity.

Even though Musk seems to have gotten along well with Trump, his company, Tesla, may do better under “greener” pastures of climate change concerns.

Have been on fire during Covid and have been running up strong during earnings. The recent merger mania has re-ignited valuations and interest in the group. Covid demand has been strong.

The change in US administration may prove to be a boon for the pending chip M&A transactions.

Our view had been that many if not all of the chip M&A deals would be DOA in China as retribution for the US cutting off SMIC. Indeed the Applied Kokusai deal has been held up forever and on the brink of collapse due to China. Could we see China let the current crop of Chip M&A deals slide as an “olive branch” to the incoming administration?

There are a lot of deals in the hopper, Analog/Maxim, Nvidia/ARM, AMD/Xilinx and who knows whos left or next?

While its unclear if China will extend the olive branch or if its even fast enough to rescue Applied Kokusai we will have to wait to see but at the very least its a very positive step for these companies and deals and will likely grease the skids for other deals that otherwise may not have even been contemplated due to fears of Chinese reaction.

In general the results of the election are positive, both short and longer term, for the semiconductor industry specifically and tech overall as a whole.

We think it reduces the probability of our “doomsday” scenario of a full blown chip and equipment embargo to much more manageable risk to a point where it is much less of a focus for investors in the group.

While reducing the risk it also opens up the possibility of more M&A which will also drive valuations, obviously more so for potential targets.

AMD remains preferable over Intel. Equipment companies will continue to do well and may get more export licenses than previously expected.

All in all a positive election outcome for chips and tech.

Coronavirus Remains Good for Semiconductors but not China

Is Intel Losing its Memory?