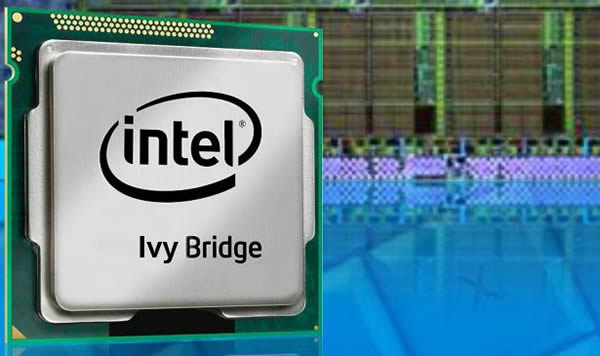 Listening to the Intel earnings call yesterday and then reviewing the transcript last night, I came away with two thoughts that I think are key to understanding where the PC and mobile industry are headed. First off, sales figures for Intel came up short of the $13B number I expected, however the three week delay in the Ivy Bridge launch and the Romley server transition could easily account for this. Second, Intel is running a ton of 22nm wafers right now that will lead to a tidal wave (can I say Tsunami) of Ivy Bridge parts in 2H 2012 and this has broad ramifications for the PC and mobile markets, including tablet.

Intel’s traditional business model of rolling out new processors has been to sell from high to low in desktop and notebooks first and then a year down the line servicing ultra low power mobiles. In the 1990s it was desktop first than notebooks after some delay. The point is to max out yield and sell every part as soon as they come off the line. This is no longer the case due to the mobile environment that is being driven by Apple and the new 22nm process.

I am now convinced that Intel knew the 22nm trigate process with its very low power characteristics was going to be a way to reach very low power market segments at the get go and that this was something that was going to be out of the grasp of AMD and nVidia. Furthermore, and this is key, that the process would yield lower than expected at the initial ramp and thus require a heavier capex outlay in order to have in place three ramping fabs at the outset (one more than usual) and a fourth one within the year. Semiconductor Execs are aware that sometimes it just takes a lot of wafers to get a product into volume.

The result of this fab and process strategy is that at the moment, Intel is able to serve not only desktop and notebooks but also ultrabooks with their very low <17W TDP requirement. These parts are of the i5 and i7 models, which are at a much higher average ASP than what they experienced with Sandy Bridge last year because that ramp included the low cost i3. Intel, I believe is using this higher average ASP to cover up the lower die yield and thereby show a respectable 62-64% gross margin. But as per Stacy Smith, yield on the process is expected to ramp rapidly as the cost of Ivy Bridge in Q4 2012 will be lower than Sandy Bridge at the end of 2011. It should be noted that Ivy Bridge will be about 20% smaller in die size, but still a fine achievement one year after launch.

In Q2, Intel expects Ivy Bridge to be 25% of the total volume of microprocessors shipped and by Q3 it will be 50%, which is a faster ramp than Sandy Bridge. A t the other end of Intel’s three fabs are a multitude of testers that will sift through the wafers to pick out ULV parts from the high end of the yield curve. Those parts in the distribution that are average or below average will be saved off in a bucket for a launch in Q3 of the lower ASP i3 processor and for a new initiative to reset the tablet market in Intel’s favor.

I now believe that Intel will try to redefine the tablet market into corporate vs consumer and set a high bar in terms of performance that is not achievable with Apple’s ARM based iPAD. Expect a new Ivy Bridge for tablets (most likely with a new brand that is not Atom) that will be in flavors of i3, i5 and i7 that run several hundred MHz slower (less than what you will get in an Ultrabook) and sold at prices that are much less than ULV. In other words these parts will have the TDP limit like a ULV but at lower MHz to burn off the excess die bank. The performance will be outstanding relative to nVidia’s Tegra. Furthermore, Intel with Microsoft, Dell and HP will convince at least some of corporate America that x86 and Windows is the platform to stick with and not the lower performing Apple iPAD. Microsoft is already thinking that way with the separate branding of Windows 8 on ARM as Windows RT or as some call it (WART). I think the WART platform will be relegated to low cost consumer tablets. Not a winning strategy for nVidia.

Finally, a note here on Intel’s foundry strategy and where it is likely headed. Paul Otellini was asked directly about Intel opening up its fabs to Qualcomm and Apple. Otellini did not give a hint as to any agreement but did think Apple would leave a better taste in his mouth than Qualcomm. The decision to ramp 22nm hard has obviously impacted Intel’s financials over the past 12 months, but Otellini again stated that he sees the process gap growing between Intel and the Foundries.

The one real threat that Otellini has to overcome is that Apple will take a majority of the mobile market without Intel Inside. A robust 22nm process is the path to Intel winning Apple across the board.

FULL DISCLOSURE: I am Long AAPL, INTC, ALTR and QCOM