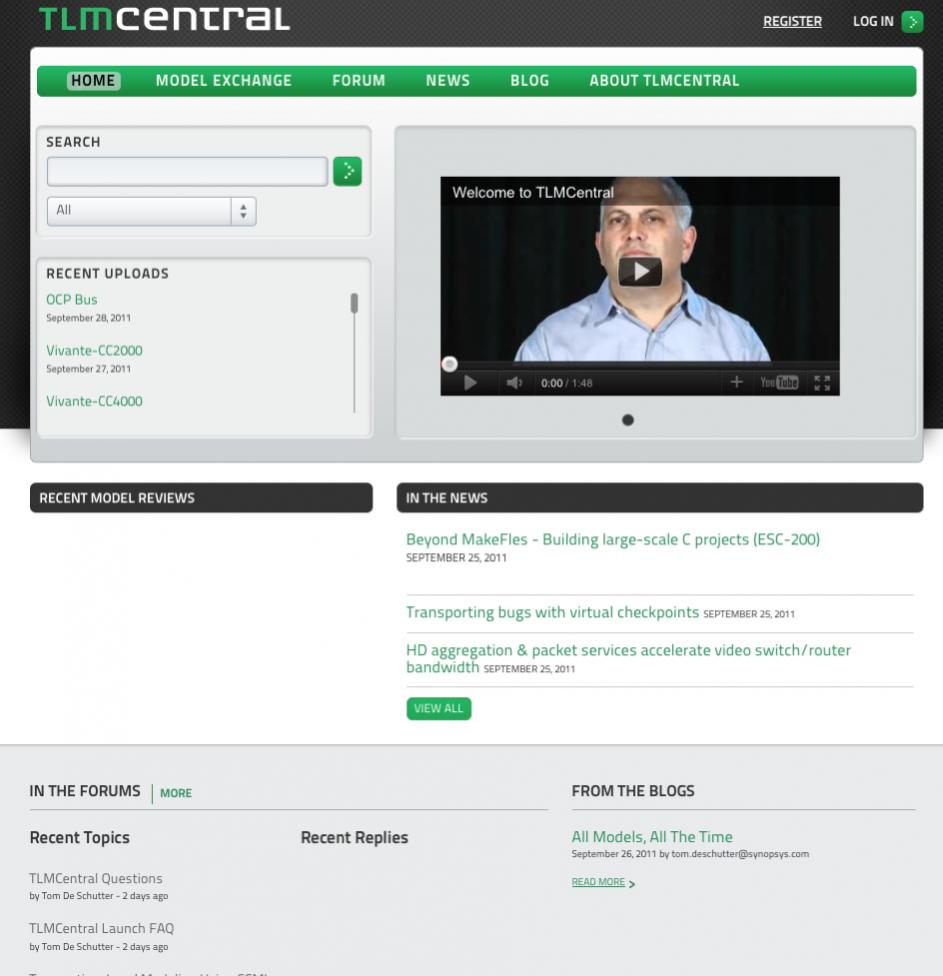 Way back in 1999 the open SystemC initiative (OSCI) was launched. In 2005 the IEEE standard for SystemC (IEEE1666-2005 if you are counting) was approved. In 2008, TLM 2.0 was standardized (transactional level models), making building virtual platforms using SystemC models easier. At least the models should be play nicely together, which had been a big problem up until then. 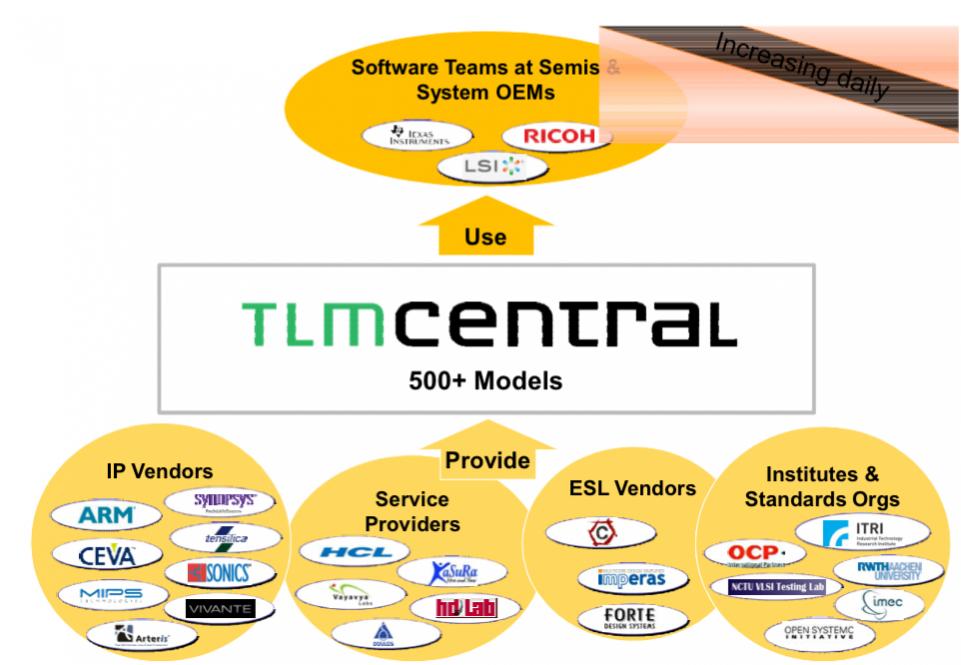 Today, Synopsys announced the creation of TLMCentral. This is a portal to make the exchange of SystemC TLM models much easier. Synopsys is, of course, a supplier of both IP and virtual platform technology (Virtio, VaST, CoWare). But TLMCentral is open to anyone and today there are already 24 companies involved. IP vendors such as ARM, MIPS and Sonics. Service providers such as HCL or Vivante. Other virtual platform vendors such as CoWare and Imperas. And institutes and standards organizations such as Imec and ETRI. The obvious missing names are Cadence, Mentor and Wind River, at least for now. Cadence and Mentor haven’t yet decided whether or not to participate. I don’t know about Wind. Teams from Texas Instruments, LSI, Ricoh and others are already using the exchange.

As I write this on Wednesday, there are already 650 models uploaded, and more are being uploaded every hour. By the time the announcement hits the wire on Thursday morning it will probably be over 700. There are really three basic classes of model: processor models, interface models (what I have always called peripheral models) and environment models. A virtual platform usually consists of one or more processor models, a model for each of the interfaces between the system and the outside world, and some model of the outside world used to stimulate the model and validate its outputs. The processor models run the actual binary code that will eventually run on the final system, ARM or PowerPC binaries for example. By using just-in-time (JIT) compiler technology they can achieve extremely high performance, sometimes running faster than the real hardware. The interface models present the usual register interface on some bus on one side, so the device driver reads and writes them in the normal way, while interfacing in some way to the test harness. Environment models can be used to test systems, for example interfacing a virtual platform of a cell-phone to a cellular network model.

TLMCentral is not an eCommerce site for purchasing models. It is central resource for searching for them and then finding suppliers. Some models are free, and available directly from the site, but some models you must pay for, and you are directed to the vendor. There is also an industry-wide TLM eco-system allowing users to support each other, exchange models and so on.

There have been other attempts to make models more available, notably Carbon’s IP exchange. But the scale and participation on TLMCentral, and the backing of the largest EDA company, means that this is already the largest. But the success is not so much counting how many people sign up on day one, but whether it is successful at lowering the barriers to adoption of virtual platform based software development. And that will show up as growth, hopefully explosive, in the number of groups using virtualized software development.