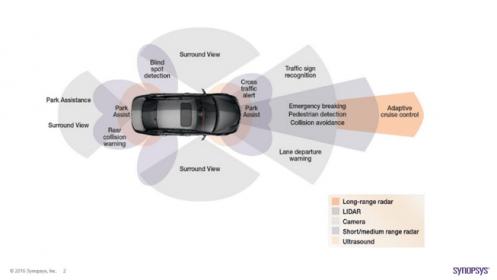 Verifying Design for In-Car Networks
by Bernard Murphy on 02-03-2017 at 7:00 am
View Profile
View Forum Posts

Once upon a time the role of electricity in a car was pretty modest: spark plugs, alternator, lighting, some simple instrumentation and maybe heating, all supported by an equally simple wiring harness (my wife has a 1962 Morris Minor, so I know exactly what the whole wiring harness looks like). How times have changed. Now most or all drivetrain systems are controlled by wire rather than mechanical linkages, driver assistance and safety is supported through proximity detectors and AI analysis of radar, infrared and light images, the cabin has sophisticated entertainment options, navigation and other features supported by voice control. There’s no obvious end to what could be added.

Obviously, this can’t be supported with a simple wiring harness. You might assume the logical solution would be to hook it all up through some form of Ethernet with bridges to actuators and sensors where needed, but you would be wrong. Or rather you would only be partly right. Cars present a much more hostile (electromagnetic interference, temperature, and vibration) environment for electronics than you would find in a home or office environment. And an acceptable level of safety in some systems is much less tolerant to latencies in the network than for other systems. Then there’s cost – do you need an Ethernet connection to control a side mirror?

The picture is further complicated by needs for autonomous and semi-autonomous control, requiring real-time response to video, audio and data from camera, wireless and sensor interfaces. Overall there is quite a wide spectrum of communication options, some held to very high safety standards and reliability expectations given high recall costs and much longer in-service lifetimes.

Let’s start with protocols for “standard” needs. These include:

Then we have protocols for autonomous/semi-autonomous needs:

Synopsys has verification IP (VIP) for all traditional protocols used in vehicles (Ethernet/LIN/CAN/FlexRay), except for MOST. On top of this they have added Ethernet AVB/TSN and MIPI protocols for autonomous/semi-autonomous support. All of these are available in SystemVerilog/UVM.

Why not support MOST? I couldn’t get a response on this from Synopsys, but Googling around I couldn’t find any other VIP (or IP) vendor, even the small ones, providing MOST support either. I guess the design/verification eco-system doesn’t have a lot of confidence in the future of MOST or, perhaps more important, aren’t getting signals from the automotive industry that MOST is a good area to invest. 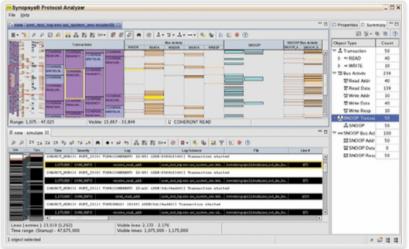 One of the nice things about protocol verification in the Synopsys suite is protocol-aware debug in Verdi. Some of us get a chance to become proficient in certain protocols but most of us have too many bases to cover to be experts at everything, so we need a little help. This is especially true in protocol debug where root-cause analysis of misbehavior and bottlenecks needs more than basic waveform analysis. Each of these automotive VIPs supports protocol-aware debug in Verdi.

Automotive VIPs come with a configurable test-suite and test plan so you don’t have to build the protocol tests from scratch; this include the test plan for complex sequences which can be quite difficult to derive from the specification.

This is complex stuff. Each standard supports many options – different network topologies, different frame-types, different modes, different rates. Building a comprehensive test-suite for each protocol can be challenging. Naturally the demands of this domain leave no room for error so you are quite likely to complement testing based on the Synopsys VIPs with your own testing. A very understandable strategy, starting with a strong out-of-the-box verification using Synopsys VIPs. You can see the Synopsys press release HERE and get more detail on the automotive VIPs HERE.