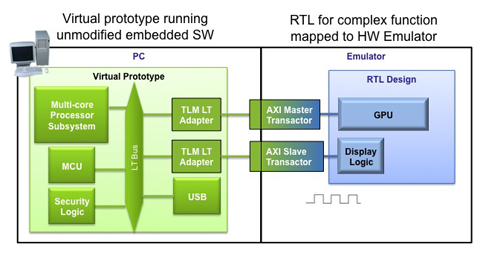 Emulation has changed qualitatively with the recent improvements in performance since this hybrid emulation environment now runs fast enough that it can form the basis for early software development. Unlike other modeling approaches, which are slow and hard to keep synchronized with the actual design, this hybrid approach guarantees that the models are accurate and up-to-date.

There are three main uses for hybrid emulation:
[LIST=1]