Cadence CEO Lip-Bu Tan is always an interesting guy to listen to for his broader technology industry overview and his insight into emerging tech through his Walden International investments. Though we’re usually heads-down in challenging technical problems, it’s good to look up from time to time to check whether what we are working on is hot or not – not always a secure bet in the rapidly-changing markets of today. 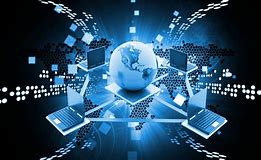 Lip-Bu gave the opening keynote at CDNLive Silicon Valley this year, starting with a theme of the data-driven economy, which is driven by 5G, machine-learning (ML), the cloud and Industry 4.0. His views here were pretty much in sync with what you’ll hear from the infrastructure equipment guys and many others, that demand is all about data creation, processing, transmission and storage.

He echoed a number of points I have written about before, which is at least validation for me that I’m not making this stuff up. First, the McKinsey analysis of the impact of AI on semiconductors. Better hope that AI isn’t a passing fad because they project the CAGR for AI-based silicon will be 5X of that for non-AI silicon up through 2025, though Lip-Bu dialed this down to 3X. He also supported the view that more systems companies are building silicon, the hyperscalars certainly, but also infrastructure equipment makers coming back to silicon design, new silicon startups and more industries moving to (more) electronification (is that a word?).

Where does he put his money? The Walden portfolio includes investments from the cloud to the edge to devices. In the cloud, focus is on scale-out, security and micro-verticals for AI healthcare and robotics, automotive, smart devices and vision.

What I found most interesting is how Lip-Bu and his team are positioning Cadence to meet these needs. This they call SDE 2.0 for intelligent system design. In these areas, Lip-Bu always stresses humility; they’re not trying to become something radically different. They’re instead building on their core competency in design excellence through computational software (EDA+IP) while extending this into adjacent areas through system innovation and pervasive intelligence. In system innovation, they see opportunities in system analysis, embedded software and security. In pervasive intelligence, they see opportunities in their Tensilica platform and algorithmic know-how in verticals. All innovation will continue to be heavily supported by a culture of organic innovation – end-to-end tool rewrites, massive parallelism, machine learning and cloud enablement. Importantly for Cadence and for EDA in general, Lip-Bu sees the potential for this expansion to break through the $10B ceiling to reach $30B.

He also talked about the Cadence cloud strategy. I know that Dan has already written about this, so I won’t spend much time on this topic. What did strike me was their CloudBurst introduction, a hybrid cloud, making it easier for teams to burst excess workload onto a cloud (AWS or Azure) while still taking advantage of their in-house compute assets. Makes a lot of sense to me, at minimum as a half-step to broader cloud-based deployment.

Particularly interesting to me is the Cadence partnership with Green Hills Software. “Partnership” understates the relationship as Cadence has taken a 16% ownership stake in the company and Lip-Bu sits on the board. This might be viewed as a counter to the Synopsys direction in software, though I see it as more like the Mentor direction, but stronger. Green Hills has strong safety and security software IP, such as their RTOS, and is well-established with automotive, aerospace and defense customers. The partnership offers an opportunity to bridge safety and security assurance across the hardware/software divide.