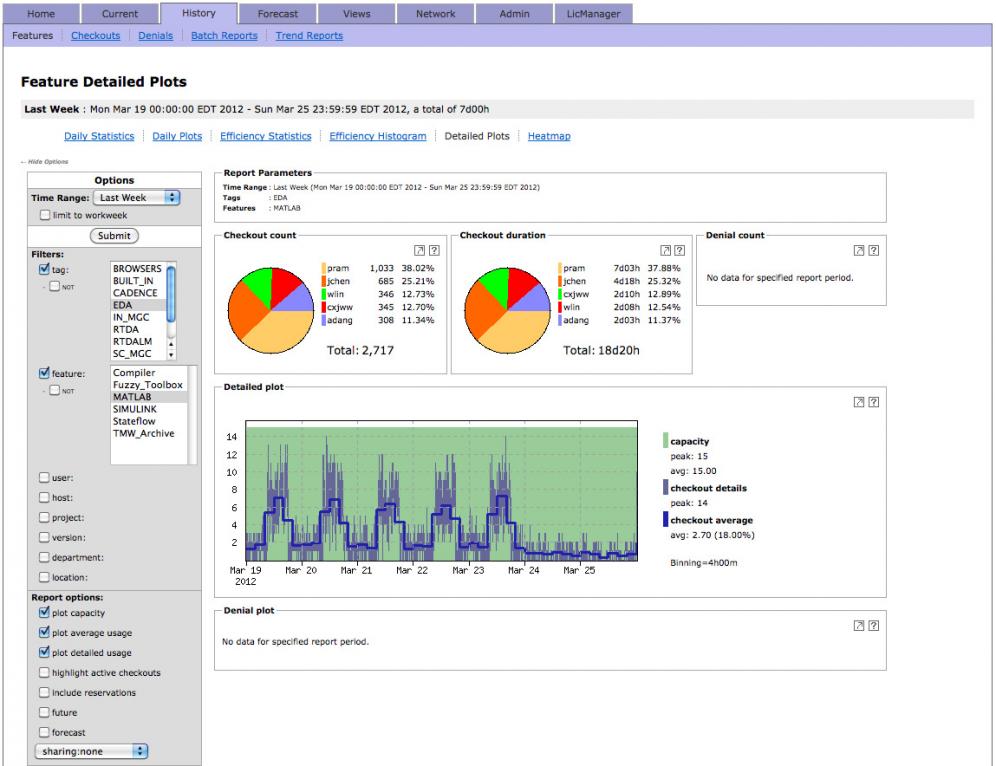 An informal survey of RTDA customers reveals that larger companies tend to buy licenses based on peak usage while smaller companies do not have that luxury and have to settle for fewer licenses than they would ideally have and optimize the mix of licenses that they can afford given their budget. Larger companies get better prices (higher volume) but the reality is that often they still have fewer than they would like. Or at least fewer than the engineers who have to use the licenses would like.

Licenses are expensive so obviously having too many of them is costly. But having too few is costly in its own way: schedules slip, expensive engineers are waiting for cheap machines, and so on. Of course licenses are not fungible, in the sense that you can use a simulation license for synthesis, so the tradeoff is further complicated by getting the mix of licenses right for a given budget.

There are two normal ways to change the mix of licenses for a typical EDA multi-year contract. One is at contract renewal to change the mixture from the previous contract. But large EDA companies often also have some sort of remix rights, which lets the customer exchange lightly (or never) used licenses for ones which are in short supply. There are even more flexible schemes for handling some peak usage, such as Cadence’s EDAcard.

Another key piece of technology is to have a fast scheduler which can move jobs from submission to execution faster. When one job finishes and gives up its license, that license is not generating value until it is picked up by the next job. Jobs are not independent (in the sense that the input to one job is often the output from another). The complexity of this can be staggering. One RTDA user has a task that requires close to a million jobs and involves 8 million files. As we need to analyze at more and more process corners, these numbers are only going to go up. Efficiently scheduling this can make a huge difference to the license efficiency and to the time that the entire task takes.

There are a number of different ways of investigating whether the number of licenses is adequate and deciding what changes to make. 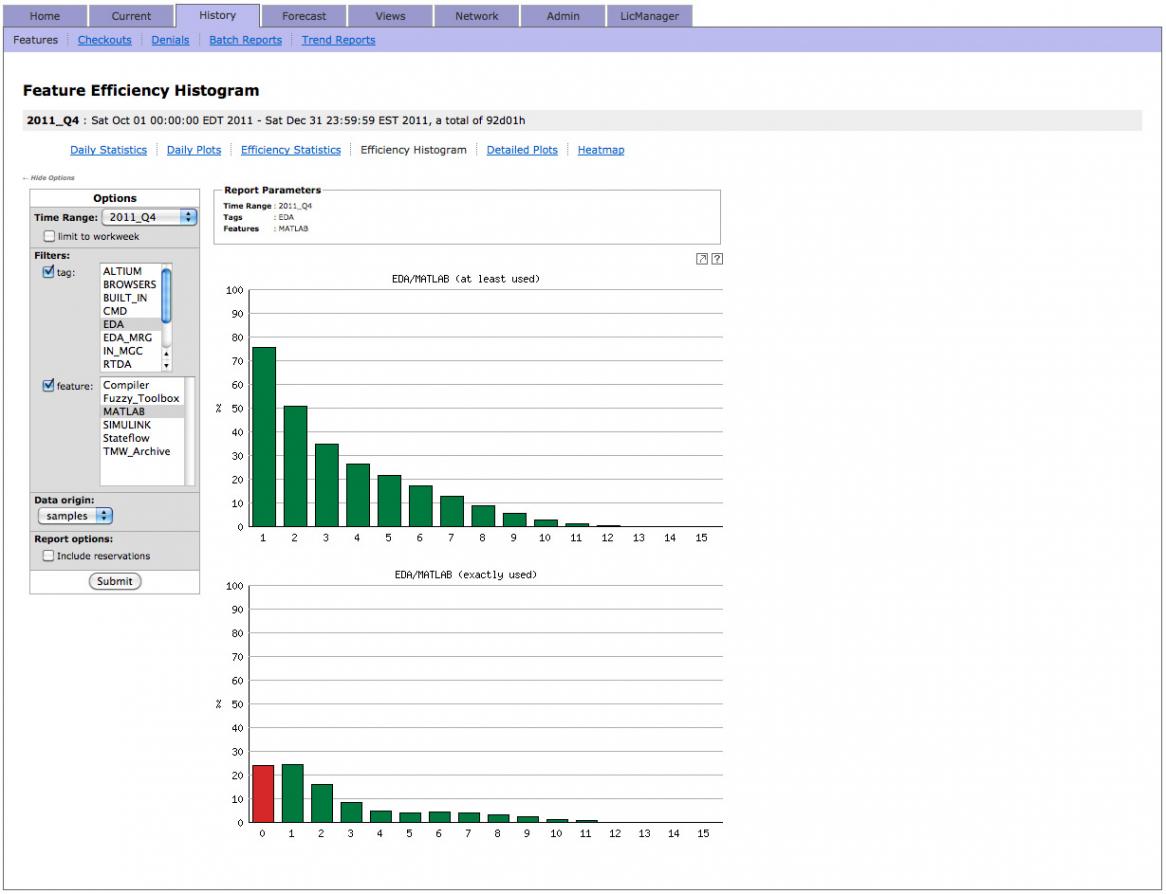 A more formal approach can be taken with plots showing various aspects of license use. The precise process will depend on the company, but the types of reports that are required are: 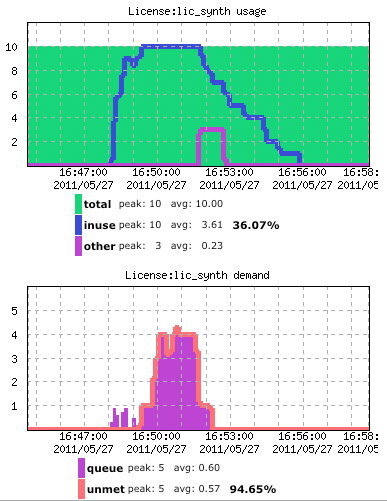 These reports can be used to make analyzing the tradeoffs involved in licenses more scientific. Of course it is never going to be an exact science, the jobs running today are probably not exactly the same ones as will run tomorrow. And, over time, the company will evolve: new projects get initiated, new server farms come online, changes are made to methodology.

No matter how many licenses are decided upon, there will be critical times when licenses are not available and projects are blocked. The job scheduling needs to be able to handle these priorities to get licenses to the most critical projects. At the same time, the software tracking usage must be able to provide information on which projects are using the critical licenses to allow engineering management to make decisions. There is little point, for example, in redeploying engineers onto a troubled project without also redeploying licenses for the software that they will need.