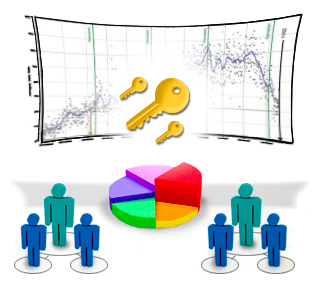 LicenseMonitor can scale to 70,000 simultaneous checkouts with 1 billion checkout records in the database. There are new reports and support for postgres.

NetworkComputer scales to millions of jobs in the queue, thousands of cores being managed, hundreds of license features. Come and find out about license overbooking. Many jobs, such as simulation, don’t use their licenses 100% of the time. Just as statistical multiplexing means that, say, 20 phone calls can fit in 18 channels (there is always someone not talking), NetworkComputer can start additional jobs that statistically will be able to get licenses most of the time when they need them (otherwise they have to wait). And so 20 simulation jobs can run with only 18 licenses.

FlowTracer can scale to hundreds of thousands of files and jobs with speed improvements in some cases of over 10X compared to the alternatives. There are improved interfaces to makeFiles.

So if you have demanding needs for keeping all those EDA licenses and all those servers humming along and working on the right stuff with the right priorities, then come by the RunTime Design Automation booth. Hey, you could win a Kindle Fire too.

RTDA is at booth 1508. To schedule a demo send email to info@rtda.com.

And talking of NetworkComputer, over here on LinkedIn there is an interesting discussion comparing NetworkComputer to IBM’s LSF product, the “500 pound gorilla” in the space. I don’t know how representative the people replying to the thread are, but the general consensus seems to be the NetworkComputer works better than LSF (increased license utilization), is cheaper than LSF (which is 3 times the price), and RTDA’s support is exemplary. If you are a NetworkComputer user who also has LSF experience then go and add your 2¢.