This tile is about an old timer talking with a smart ass that questions why experience is relevant in todays “fast paced” technology industry. It has shown up so much on LinkedIn that I thought I should make a separate post and copy my responses into it and just link in next time.… Read More

I’ve spent my entire career in the tech space, being exposed to some of the world’s biggest and most innovative companies. But these days, the thing that excites me a most is how Makers are using technology to make the world a better place.

Consider this: The recent Hackaday prize challenged Makers to build something that matters … Read More

One protocol, and its descendants, drove the success of the World Wide Web. IP, or Internet Protocol, is the basis of every browser connection and the backbone of IT data centers. Some assumed that the Internet of Things would follow suit,… Read More 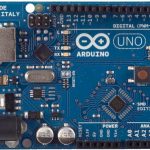 It’s time to break with conventional thinking. For decades, the measure of success for semiconductors has been OEM design wins. Most consumers haven’t known, or cared, about what is inside their electronic gadgets, as long as they work. That may be about to change, because a new intermediary is finding its voice – and being… Read More

The maker community and the learn-to-code movement is growing with many ideas built on small, power-efficient, easy-to-use 8-bit microcontrollers. If you want to be one of the next famous makers and maybe win some cash in the process, Atmel has a contest open until September 30, 2014 – here are tips on getting your #8bitideas in … Read More

A few years ago my then-girlfriend was an artist and she had some friends who were in the maker movement, one who ran a tool “lending library” and so on. So she wanted to go to the Maker Faire, which is a huge event held in San Mateo exhibit center. In those days it was more like an outgrowth of burning man but there were already… Read More

As several other recent threads on SemiWiki have pointed out, the term “wearables” is a bit amorphous right now. The most recognizable wearable endeavors so far are the smartwatch and fitness band, but these are far from the only categories of interest.

There is another area of wearable wonder beginning to get attention: clothing,… Read More