Register / Log In
Guests have limited access.
Join our community today!
You are currently viewing SemiWiki as a guest which gives you limited access to the site. To view blog comments and experience other SemiWiki features you must be a registered member. Registration is fast, simple, and absolutely free so please, join our community today!
Pathfinding to an Optimal Chip/Package/Board Implementation
by Tom Dillinger on 02-04-2016 at 4:00 pm
View Profile
View Forum Posts 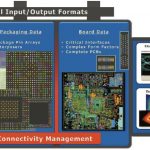 A new term has entered the vernacular of electronic design engineering — pathfinding. The complexity of the functionality to be integrated and the myriad of chip, package, and board technologies available make the implementation decision a daunting task. Pathfinding refers to the method by which the design space of technology… Read More

GlobalFoundries had several interesting things at the ARM TechCon last week. Firstly, GlobalFoundries won the best in show award in the chip design category recognizing the best-in-class technologies introduced since the last TechCon. 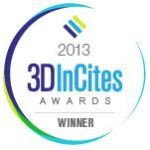 At a lovely, but chilly, 3DIncites awards breakfast during SEMICON West, I saw Mentor Graphics win in two of five categories (Calibre 3DSTACK was the other winner). Afterwards, I talked to Steve Pateras, the product marketing director of Mentor’s test solutions about Tessent Memory BIST, which was one of the winners. I asked Pateras… Read More 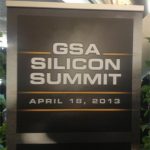 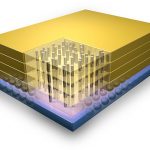 For the last few years, thru silicon via (TSV) based ICs have been looming in the mist of the future. Just how far ahead are they? Xiliinx famously has a high-end gate-array in production on a 2.5D interposer, Micron has a memory cube, TSMC has done various things in 3D that it calls CoWoS (chip on wafer on substrate), Qualcomm have been… Read More 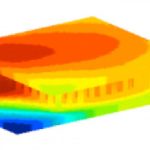 Matt Elmore of ANSYS/Apache has an interesting blog posting about thermal analysis in 3D integrated circuits. With both technical and economic challenges at process nodes as we push below 28nm, increasingly product groups are looking towards through-silicon-via (TSV) based approaches as a way of keeping Moore’s law… Read More 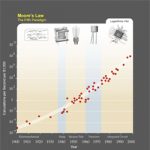 At the GSA 3D IC working group meeting, Cadence presented their perspective on 3D ICs. Their view will turn out to be important since the new chair of the 3D IC working group is going to be Ken Potts of Cadence. Once GSA decided the position could not be funded then an independent consultant like Herb Reiter had to bow out and the position… Read More 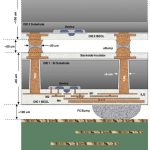 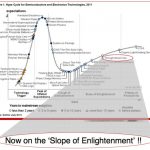