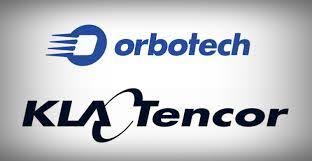 Obviously the inclusion of Orbotech added slightly to the complexity but it seems fairly straight forward.

Given that the stock was down in the after market its safe to assume that investors were somewhat underwhelmed by the June quarter guidance.

To be clear, this cycle shape is not unique to KLA as the whole industry is in this soft, murky bottom waiting for memory pricing to stabilize and excess supply to get sopped up so that memory spending can recover. Until then the industry will bump along at lower levels subsisting primarily on foundry and logic spending.

Orbotech Upside
KLA’s acquisition of Orbotech couldn’t have come at a better time as the diversity away from mainstream, core, semiconductor tools, will help during the down cycle. The expected roughly $50M in synergies should be easily achieved.

While Orbotech is certainly not large enough to offset all of the cyclicality of the core semiconductor business , it will, none the lessen, dampen the volatility.

China Downside
Of the group, KLA has one of the highest exposures to China. The recent negative news about the China trade deal sounds like things have gone backwards. While KLA is critical to China’s chip business and tariffs don’t YET affect exports, the worsening trade environment is an added risk that investors will likely be concerned about. KLA could be collateral damage if things escalate.

Yield management still better than process
In our view, yield management remains the best segment in the semiconductor tool space. Process tools, especially dep & etch, are most impacted by the memory slowdown and KLA’s traditional bias toward foundry & logic helps given that those sectors are the ones spending the most money right now.

A slow ramp into H2
It sounds like things will slowly improve into the second half but no real bounce back, just continued improvement. Our guess is that the balance of 2019 remains weak with some marginal improvements until we get a true recovery in the memory business.

Its important for investors to remember that even if memory pricing increases, due to capacity being artificially taken off line, spending will not recover until excess capacity has been used up and demand gets back on track.

This means that even though memory pricing may stabilize or get better, it could still take a few quarters before that trickles down to tool makers.

Will investors get impatient?
We have asked this question before as the stocks have flown way ahead of reality. While we think KLA remains one of the best of the group, given its positioning and now new diversity, we think part of the negative reaction in the after market is that perhaps investors are hoping for a faster recovery that is not coming.

The stocks
In general, we don’t see KLA’s report as being much different than expected with perhaps a bit more tepid outlook. We have suggested this will be a slower recovery and investors may get more unhappy and frustrated as time goes by.

The negative China news today will also obviously weigh on the group and could get worse through the week. The has the potential to become a catalyst.

Our view remains that most of the stocks are ahead of themselves and have a lot of air that could quickly come out with negative news points (like China).

Of the large cap stocks, KLA is perhaps our favorite, but we see no reason to pay the currently overly high valuation in the face of a slow lumpy recovery coupled with other risks.