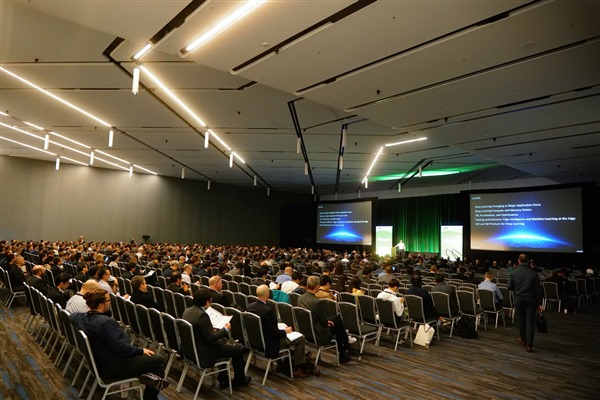 Corona Curtails already quiet SPIE Litho conference
Our best guess is that attendance was off by 30% from last years SPIE conference due to a lack of travelers from many Asian areas obviously out of Corona fear. Even Intel, which is a few miles away was a virtual no-show with a mass cancellation.

More importantly, virtually all after hours parties and events were canceled with a handful of exceptions.

ASML, Nikon, TEL and KLA all canceled their events.
Aside from the drop in attendance, the conference presentations seemed more subdued as we are over and done with the EUV controversy, hype and then celebration of prior years. EUV is now almost as boring and mundane as DUV because its in production.

EUV is over and done….
We noted that there seemed to be a reduction in the number of EUV presentations as chip makers have figured out their issues and are likely keeping their solutions for themselves rather than broadcasting their questions and uncertainty in paper proposals. Gone are the controversies and speculation.

There is still a lot of “mopping up” to do about resist, stochastic errors, line edge roughness, pellicles etc; etc;…but it works.

The final, and sure sign that EUV has “grown up” and is done was a two hour retrospective panel of gray hair industry elders and pioneers reviewing their roles in the 35 year EUV struggle, much like war veterans.

The war is over, the good guys (Moore’s Law) won….on to the next battle

High NA + High Power = High price for ASML
The next battle….There were some early “teases” about the next completely different version of the EUV tool, the High NA tool. While the moniker is “High NA” the real truth is a “high power”, “high throughput” and therefore “high priced” tool.

The biggest change is not just the High NA but the optical “guts” that are completely different so as to reduce the loss of photons between the source of the EUV and the target wafer. How much of an improvement you ask? Maybe four, five to ten times the power…..yikes! Could that be like going from the current 250 Watt source to 1000 -2500 watts equivalent…holy EUV Batman…will the stage keep up, will the track keep up, will wafers get fried?..stay tuned.

Given what could be an immense throughput increase the “EXE3600” could make the current NXE series look like jalopies compared to a Tesla.

This would make an ASML salesman’s job very easy as the math could easily support a tool price  starting with at least a “2” if not a “3” and it would still be more cost effective than current tools.

While the NXE series has been a great proof that EUV works in production the EXE will be the real money maker for ASML. Of course ASML will be quick to point out that the new 1000KG lenses cost a lot to make but we would bet that the gross margins will be higher.

Maybe we should rename the “High NA” the “High GM” tool…..

Lam announces “dry” resist
Much as the etch sector went from “wet” etch to “dry” plasma etch decades ago, so Lam hopes they can dry out the resist sector.  Our guess is that it will be a lot harder.  While Lam described it as a “breakthrough” we would describe it as a slow uphill slog to try to get a slow reactionary chip industry to change its many decades acceptance of liquid resist and track machines. Lam’s project has been in the works for a number of years now and we will likely wait several more years to see if this will work.

We would point out that the biggest change in resist has been a private company called Inpria, that recently raised a $30M round and has been the talk of SPIE for several years already and is still not in production (that we know of…). Inpria has many major chipmakers as investors/partners versus Lam working with academic IMEC.

The industry needs to move from organic to inorganic or metal based resists , amplified resists etc; but it brings a lot of baggage, such as nasty metals like tin which can “poison” tools that it runs through.

We think its a great, needed idea that gets Lam into the “litho” cell and closer to patterning but we would come back and revisit to see how its doing in 3 or 4 years….it will not impact Lam’s financials for quite a while.

Lasertec is filling a significant void in reticle inspection
During a presentation at SPIE, it was revealed that Intel has been in full production with the Lasertec EUV reticle inspection tool since the December quarter.

The tool is apparently doing very well, finding lots of defects and moving EUV reticle production ahead. Its certainly a lot better than the alternative which is……nothing…..as KLA’s E beam and actinic tools are still in development.

Even a turtle can beat a cheetah if given enough of a head start or at the very least give the cheetah a run for its money…..Its likely that Lasertec will sell a lot of tools and make a lot of money before the KLA tools come out and also obviously alter the market dynamics and values after they do come out.

None of this matters as Corona crushes stocks
Not that anything at the SPIE conference matters anyway as the Corona crisis is crushing the stocks.

We would point out that High NA (or High GM) ASML tools will not start to show up for a couple of years and hopefully by that time Corona will be an old memory.

Similarly, Lam might start to see a few dollars of revenue in a few years if they can get dry resist to work, and finally, KLA will likely get E Beam and Actinic both out in a couple of years and certainly sell a bunch.

The bottom line is that nothing we saw at SPIE matters to the stocks for at least a couple of years and corona dominates the short term headlines anyway.

We had previously stated that we thought the corona impact was being underestimated and we think the latest news is starting to underscore that view.  We would not be surprised to hear pre-announcements of worse than expected Q1 numbers as China and potentially the rest of Asia grind to a virtual halt.

It continues to get uglier…..