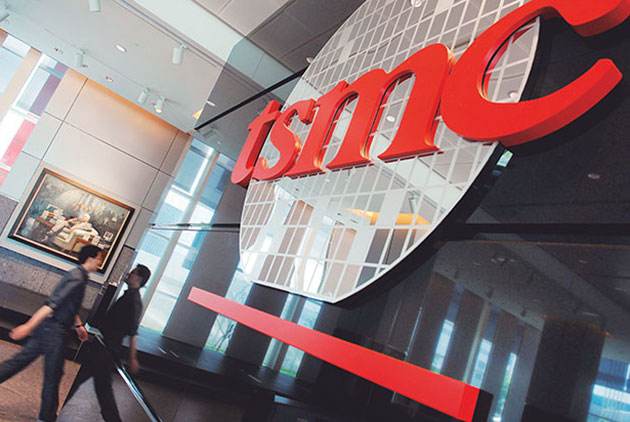 The most recent up cycle in the industry was a huge one, driven by a huge spend on NAND as SSD’s sucked up infinite number of devices. DRAM spend wasn’t too shabby either and logic/foundry kept up a fairly good pace.

In our long history of following the industry it was clearly one of the stronger up cycles…the kind of strength that makes less experienced management and industry analysts say that the industry is no longer cyclical. While the down cycle was not like the down cycles of old in which everyone lost money and some companies went out of business, it was still a significant cut in revenues and earning for a full year (or more).

No two cycles have ever been the same so its impossible to predict the size, shape, slope & length of the current upcycle with any accuracy.

Not firing on all cylinders
Its clear that memory is still weak and even Applied Materials, on its recent earnings release, didn’t want to comment on the timing of NAND recovery and DRAM seems out of the range of even wild speculation at this point.

However, foundry/logic seems to have been enough to get the industry off the bottom it was bouncing along on.

Our concern is that the memory recovery seems far enough away and uncertain enough that we have to discount it significantly when looking at valuation. If DRAM doesn’t recover til 2021 and NAND at the end of 2020 at best, what is that worth?

The excess capacity of idled tools sitting in fabs suggests that the memory recovery slope will be fairly shallow when it happens. It will almost certainly not be a huge tsunami of spend that we saw in the last up cycle. Memory makers still have a significant hangover from the drunken spending binge and likely will be a bit more conservative in the current up cycle when it comes.

Could china come back to the forefront of concerns?
Everyone did an excellent job of kicking the trade can down the road for quite a long time as we suggested would be the case.  The problem is that nothing was ever solved or accomplished.  If anything we are in worse shape now than when we started as both sides have had time to dig into positions.

China is less likely in our view to concede very much as they likely view the current administration as either a short timer or in a strategically weaker position or both.  The truce/business as usual seems to be the current status so not much has happened over the prior 3 years and all China has to do is stick it out for another year or maybe less.

We had written many groundbreaking articles about both Taiwan and Hong Kong risks over several years and those issues seem to be coming to a head, increasing the difficulty of a clean solution.

With elections less than a year away it seems less likely that a trade war that could hurt farmers and consumers would be started in earnest.  Trump has all but promised Tim Cook that Apple will be exempted (well played Tim..).

The delay of an EUV tool destined for China may be the beginning of a different approach to trade. We would also not be surprised for Huawei to become a target again.

We don’t see a “real” China trade solution
At best the administration will do some hand waving, declare victory and hope that everyone forgets prior promises.

The bottom line is that we see more downside than upside for chip stocks now than several months ago, related to China trade. An end to the trade war seems priced in but is now less certain.

Q1 seasonality may soften investors chip optimism
The calendar first quarter has almost always been the weakest quarter for chip stocks.  The industry is in the “post partum” depression after the strong holiday selling season for electronics. Certainly after the new Iphone cycle in September.

On a historical basis memory tends to be at its lowest price point based on seasonally lower demand.

Chinese new year always takes a week or two bite out of the quarter as well. In general Q1 is always weak for semiconductors.

Could TSMC’s spend be part of the seasonal pattern?
TSMC announced a huge uptick in spending which is the main driver of the “recovery” of the industry.  The spending seems clearly focused around an end of year “hockey stick” as TSMC gears up for next year’s 5NM production.

From a seasonal timing perspective, TSMC has to order and receive new equipment in Q4 and Q1 to get process ready in Q2 and production ready for the next Iphone in Q3.

TSMC moves less equipment into the fab in Q3 as it usually has been in ramp mode.

Basically TSMC is now in an annual spending pattern based on release dates of the new Iphone by its biggest and bestus customer, Apple.

This suggests that after a couple of strong quarters of tool orders and shipments that TSMC will likely slow going into the summer of 2020.

The question at hand will then be will memory come back before TSMC’s spending spree slows down or could the industry see a plateau or air pocket?

We think its fairly likely that TSMC will not likely increase spend from where it is now.  The probability is higher that TSMC will slow from this peak spend period spanning Q4 and Q1.

So far that appears to be the case as we have seen stock price weakness since we made that call post Applied’s rounding out of a great quarterly earning season.

The stocks still seem to have a bit of air in them as they are still trading at industry historically high valuations on a P/E basis, yet fundamentals are not at historically high levels nor does it look like we are getting there soon given memories uncertainty.

In short we think downside beta remains higher than upside beta in current circumstances.  We think that we could see the stock prices stick around here or go lower but we are hard pressed to find a motivation to make them go higher in the near term. There remain a lot of cross currents and risks over the next quarter or two which are not priced in, whereas a strong recovery has been already priced in.

We think our negative call last week remains the appropriate position on the stocks….