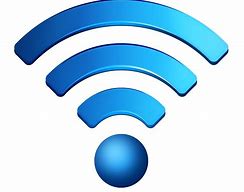 Wireless discussion these days seems to be dominated by 5G, but that’s not the only standard that’s attracting attention. The FCC just circulated draft rules to dramatically expand bandwidth available to Wi-Fi in the new Wi-Fi 6e standard.

Is this a tragic plea for attention from a once-important standard, now eclipsed by its cellular big brother? Not at all. According to Cisco, 60% of mobile traffic will be offloaded to Wi-Fi by 2022. That’s both an opportunity and a challenge. The challenge comes in bandwidth.

Vanilla Wi-Fi at 2.4GHz is competing with other standards like Bluetooth and ZigBee (and garage-door openers). It’s become a crowded space. In 2014, Wi-Fi 5 (then more cryptically known as 802.11ac) appeared, offering more bandwidth at 5GHz – that other option on your home router. But that band is also getting crowded because we’re pushing more through our internet connections (e.g. streaming video). WI-Fi 6 added to the noise in 2019.

Where’s all that mobile traffic going to go? Onto a new band at 6GHz, with 1200MHz of bandwidth is where. This will be called Wi-Fi 6e and should fix an important limitation in Wi-Fi 6 – practically attainable bandwidth. I should add here that 6e is not a new standard, it is simply an expansion of range.

In principle the 6 standard offers bandwidth options up to 160MHz, in practice that high-end option has never been very useful thanks to interference from other traffic. So when you’re wandering around an airport (remember those days?), Wi-Fi access points are more likely configured to one of five 80MHz bands. There’s no loss in net available bandwidth but you don’t have access to fat 160MHz pipes.

The 6e standard will have 1200MHz total bandwidth, offering up to seven 160MHz bands and fourteen 80MHz bands. In total, this increases available bandwidth for Wi-Fi by almost a factor of 5.

One place this added capacity will be appreciated in in wireless VR/AR headsets. Today those run on an earlier Wi-Fi standard called WiGig, starting at 60GHz. Loads of bandwidth, very low latency but extremely power hungry and must be built in specialized processes, also making them expensive. 6e won’t be able to offer the same extreme performance but is viewed as still good enough, at much lower power and can be build in mass market mobile processes, i.e. much more cheaply.

Wi-Fi 6e will have a little shorter range than Wi-Fi 6 and power will be a little bit higher. For access points (APs) in airports, stadiums and our homes, that shouldn’t be a big problem. We will need some more APs to provide decent coverage and our phone charge will run down a little more quickly but not very noticeably.

Wireless chips are already being built, from Qualcomm and Broadcom, though the certification still hasn’t been announced. I’ve seen that Intel are also planning to release a chip later in the year. So I’m guessing Wi-Fi 6e-enabled products aren’t likely to appear before late 2020 or early 2021.

Wireless IP to take advantage of Wi-Fi 6E will be essential for those who want to jump on this bandwagon. CEVA tells me that this will only require a simple upgrade in its RivieraWaves 802.1ax IP (you’ll need some work in the RF stage as well). The IP will be released as soon as the standard is ratified. You can learn more about RivieraWaves Wi-Fi HERE.