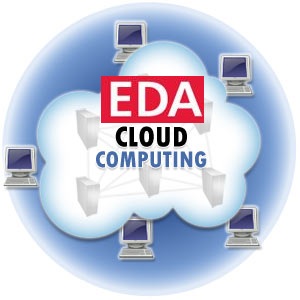 There is an interesting discussion in the SemiWiki forum about EDA and the foundry business model which got me to thinking about the next disruptive move for the semiconductor industry. First let’s look at some of the other disruptive EDA events that I experienced firsthand throughout my 30+ year career.

When I started in 1984 EDA was dominated by what we called DMV (Daisey, Mentor, Valid). Before that it was Calma running on Data General Minicomputers. Back then EDA was a systems business where software was bundled with hardware. SUN Microsystems and Cadence changed that by putting minicomputers on engineer’s desks allowing them to pick and choose the software tools they used. EDA then became a software centric business selling perpetual licenses with yearly maintenance contracts. Software subscriptions soon followed which caused a bit of financial indigestion for EDA companies but clearly it was disruption for the greater good.

The most recent EDA disruption is Siemens acquiring Mentor. We are now seeing the effect it is having on the ecosystem, a very positive effect. We now have three VERY competitive EDA companies going upstream from chip to software development to complete systems. It really is an exciting time to be in EDA!

Meanwhile, back at the castle, the majority of commercial software is now in the cloud via an SaS business model resulting in gold mines of data and analytics, except of course EDA software.

The forum discussion Should EDA Follow a Foundry Model? was started by long time SemiWiki member Arthur Hanson. Arthur is a hardcore investor who came to SemiWiki looking for semiconductor knowledge to supplement his stock portfolio. Arthur and I have met, we talk on the phone and email. I was just starting to work with Wall Street at the time and found his investor insight quite helpful. Remember, when an outsider asks a question you need to understand what he is asking and why he is asking it.

“Just like asemifoundry takes knowledge in executing making chips for a variety of customers and shares it, yet keeps each customers information separate and private, should not an EDA firm be set up in its own cloud to share the expertise that they develop from monitoring a large number of separate process for different be used to improve the processes for all their customers? TSM has done an excellent job of keeping individual customer IP separate and private but uses the improvement in process information to the benefit of all. Would not this process if applied to EDA speed up the evolution of the design process to the benefit of all through the use of big data. If TSM can keep proprietary information separate and confidential while spreading process improvements, couldn’t EDA firms use the same structure to benefit their customers as well. Auditing the process on a real time basis could assure security while giving the customer the best practices on a real time basis. This could also be done on a virtual machine bases with most of the process done at the customerssite, although this would be unwieldy and cumbersome compared to a private cloud. Any thoughts, comments or observations on this appreciated and solicited.”

The resulting discussion is quite interesting so check it out when you have time. More than five thousand people have viewed it thus far which is a pretty big discussion if you think about it, and I have. SemiWiki is made up of all levels of semiconductor professionals from A to C level and we know who reads what, when, and where, so I can tell you this discussion is resonating at all levels of the ecosystem, absolutely.

My personal opinion is that disruption is again coming to EDA and that disruption will be in the cloud. We did a “Do you want your EDA Tools in the cloud” poll and again the interesting part was who voted and where they were in the ecosystem. The $10B question is: Who is trusted enough to implement EDA in the cloud? The answer is towards the end of the forum discussion:

Originally Posted by count
I think it would be interesting if the foundries, ie TSMC, got into the EDA game and charged a wafer royalty on it as you said. Better yet, a cloud based EDA tool that could also be used for ordering after designs are validated. If it could be integrated in a sort of design to manufacturing workflow, that would be amazing. Especially for smaller customers who are designing IoT chips and are focused on time to market, something like that seems like it could be valuable.

Originally Posted by KevinK
Why would a TSMC or Samsung even consider this option given Cadence’s or Synopsys’ current market caps and revenues ? Given the stock premium that an acquisition would cost, either foundry could build two leading edge fabs for the same price. I don’t know Samsung’s internal economics, but TSMC’s typical return on invested capital (ROIC) runs around 30-40%. Even though an EDA acquisition wouldn’t be “capital” per se, I’m sure that the foundries would use their ROIC as a hurdle rate for other major uses of money. Neither EDA company offers close to that rate, even before considering the revenue haircut an EDA/IP company would suffer, once tied to a single foundry.

Originally Posted by Daniel Nenni
One word: Disruption
Do you actually think Intel Foundry or Samsung Foundry or any other IDM foundry for that matter has a chance at catching up with TSMC while playing by TSMC’s rules? Much less beating them? It’s not gonna happen. Intel or Samsung could buy Cadence or make a significant investment and cut a wafer royalty deal in the cloud exclusive to their customers. Foundries, better than EDA companies, could pull of EDA in the cloud, absolutely.

Just my opinion of course…