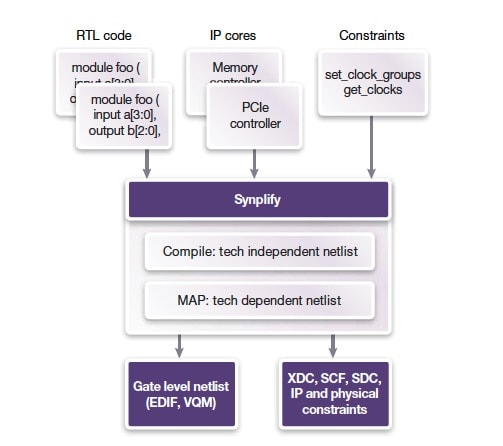 I remember meeting Ken McElvain at Silicon Compilers for the first time back in the 1980’s, he was a gifted EDA tool developer that did a lot of coding including logic synthesis, a cycle-based simulator and ATPG. Mentor Graphics acquired Silicon Compilers with Ken included, and he continued to create another logic synthesis tool at Mentor, however the allure of starting up his own company set in and Ken then founded Synplicity, eventually acquired by Synopsysin 2008. After all of these years the Synplify tool is still setting the high-water mark for logic synthesis in FPGA devices. Joe Mallett at Synopsys wrote a four page white paper recently, so I read it to better understand the four steps for logic synthesis in FPGA designs: