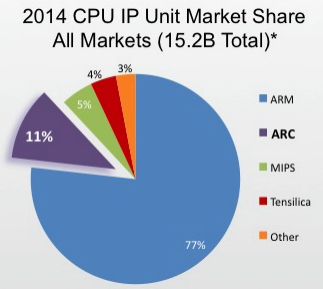 Last week Synopsys held the ARC Processor Summit. The first keynote was by Aart, who I guess I should describe officially as one of Synopsys’ two Co-CEOs. His presentation was titled IoT: From Silicon to Software which is the tagline that Synopsys has adopted as the acquisition of Coverity (and other companies) has put them firmly in the software space as well as the EDA and IP spaces. Aart said that in semiconductor there have really been just a few big waves. First the PC wave of computation. Next the mobility wave when mobile phones first came on the scene. The third wave was the combination of mobility and computation which gave us smartphones, and the next wave is IoT, which is really “smart everything.” 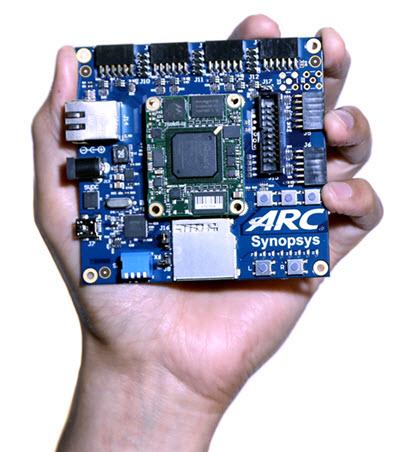 Linley pointed out that process technology means that there is no longer a free lunch for raising transistor budgets. The Apple’s and Qualcomm’s of the world are pushing down to 14/16nm and on to 10nm. Lots of others are holding back at 28nm for the sweet spot of price/xtor. There is growth in cores going on with the number of cores per chip going from 2.9 in 2014 to a forecast of 4.6 in 2019. ARM owns the application processor main socket (where the architecture is visible to the apps programmers) but there are lots of other sockets up for grabs. Integration reduces the number of chips but not the number of cores. Indeed, many “peripherals” such as SERDES or Bluetooth also contain a microprocessor core. There is a trend for the top biggest suppliers to do more of their own IP although, in all cases, stlll licensing the main application processor architecture from ARM:


After the keynotes I sat down with John Koeter (who I interviewed just a few weeks ago) and Mike Thompson, who is the marketing guy for ARC processors and subsystems.

Synopsys acquired ARC through the Virage Logic acquistion 5 years ago. I can honestly say I expected Synopsys to largely ignore it and let it die on the vine, and focus their attention on partnering with ARM. But they did not. This made for a rocky relationship with ARM at first since they clearly both need each other for the high end (where ARC doesn’t have an offering) and their most leading edge customers in the most leading edge processes. Since acquiring the ARC business, Synopsys have tripled its size. They now have around 250 people working on ARC. They reckon the TAM for the low and medium end microprocessor cores is $400M so there is lots of room for growth. 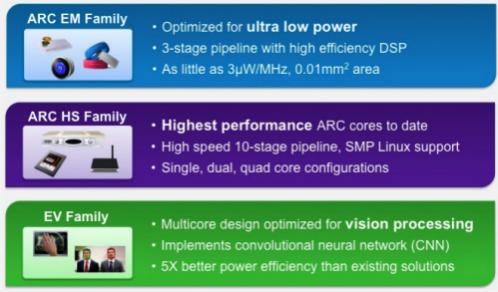 They gave me the big picture view of their product line. There are 4 lines: