Designing custom IP blocks is a challenge at the transistor-level and I wanted to learn what the recommended methodology and EDA tool flow was at Synopsys. They have a webinar that you can register for and it takes 30 minutes to learn what they have to say, or you can read a White Paper. If you cannot spare that much time, then my summary should answer some of your initial questions in about 10 minutes. 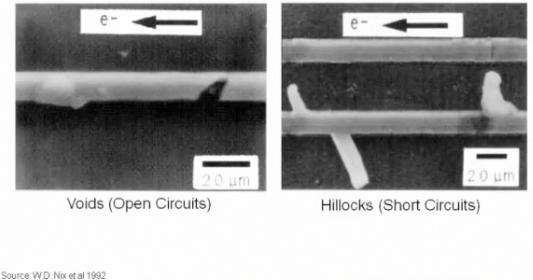 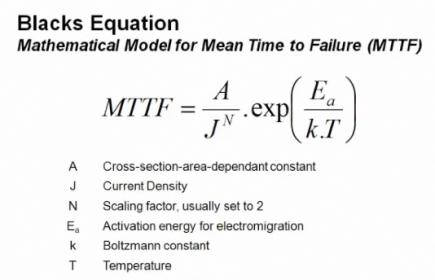 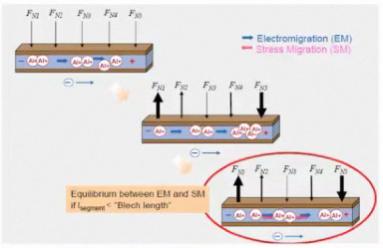 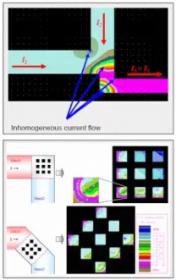 Foundries have Complex EM Rules on Metal Layers (width and length dependent), so use Tcl to define these rules: 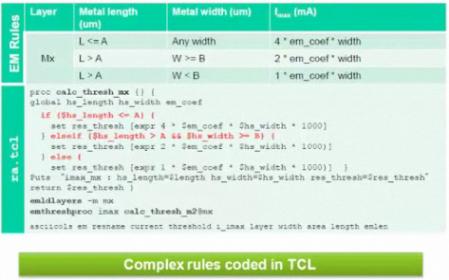 EM Rules for Via layers are more complex than Metal Layers: 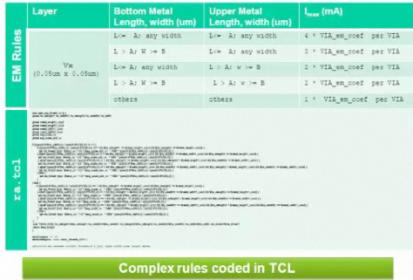 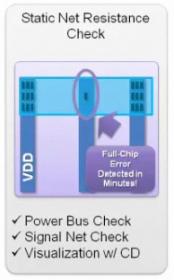 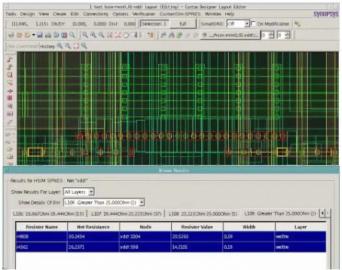 Show me all nets with R>25 ohms 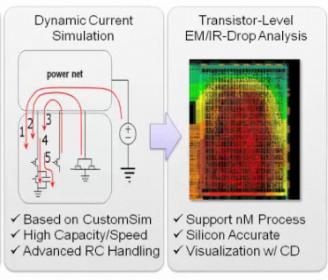 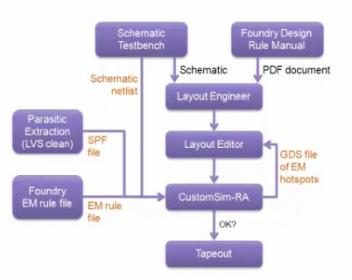 Inputs and outputs of the dynamic analysis tool flow: 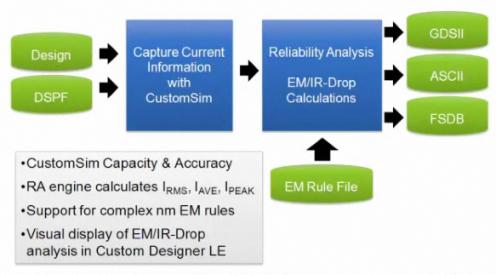 You can visualize the EM and IR results or just read an ASCII text file. Cross-probing supported between text results and IC layout view. 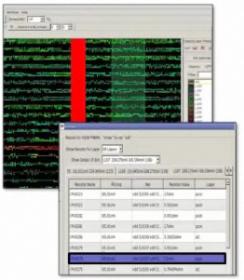 With extraction by StarRC you use a macro option “TARGET_PWRA: YES|NO” to get an optimized flow. 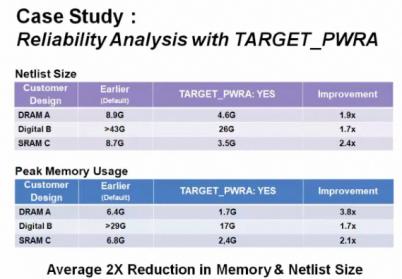 Summary
Synopsys has all of the EDA tools to let you layout a custom IC block, analyze EM and IR effects, then tweak the IC layout to pass the foundry rules. CustomSim-RA is the tool name for Reliability Analysis. With the acquisition of Magma I have to wonder where FineSIM Pro will fit into this tool flow, if at all.

Competitor EDA tools in this space include: Cadence (Virtuoso UltraSim), Mentor (Electromigration check with Eldo) and Apache/Ansys (Totem MMX). Synopsys tools would go head-to-head with Cadence because both companies have a high-capacity circuit simulation engine, while Mentor’s circuit simulator can only be used for smaller IP blocks. The Apache approach to EM and IR is similar to Synopsys, however Apache doesn’t offer the IC layout tools.

I would hope that the foundries would include and qualify the Synopsys Tcl equations in the PDK to enforce the reliability rules.