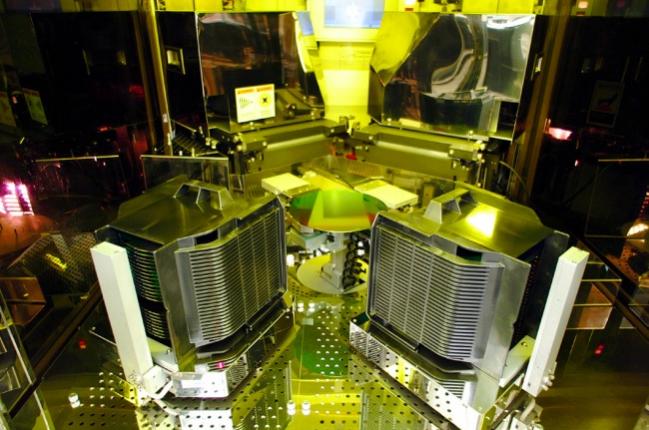 By now, you’ve certainly read the news from Cadence on their DDR4 IP for TSMC 28nm. They are claiming a PHY implementation that exceeds the data rates specified for DDR-2400, which means things are blazing fast. What’s not talked about much is how the point-to-point interconnect needed for large memory spaces is going to be handled.

Barring some earth-shattering announcement at IDF, Intel is way far way from DDR4. The nearest thing on their roadmap is Haswell-EX, a server platform for 2014. (Writing this when IDF is just getting underway is tempting fate, kind of like washing my car and then having it immediately rain.) AMD has been massively silent on the subject of DDR4 fitting into their processor roadmap.

Meanwhile, both Samsung and Micron are ramping up 30nm production of DDR4, and Samsung is publically urging Intel to get moving. Both memory suppliers are slightly ahead of the curve, since the DDR4 spec isn’t official just yet. However, JEDEC has scheduled the promised DDR4 workshop for October 30, something they said would approximately coincide with the formal release of the specification. (In other words, it’s ready.)

We also have to factor in that LPDDR3 just hit the ground as a released specification this May, and memory chips implementing it won’t reach the pricing sweet spot for another year. Most phone manufacturers are still using LPDDR2 for that reason. (Again, iPhone 5 announcement this week, rain on my post forecasted.) Tablet types are just starting to pick up LPDDR3, amid talk the first implementations already need more bandwidth.

So, why the push for DDR4, especially in TSMC 28nm? DDR4 is obviously the answer to much higher memory bandwidth for cloud computing and the like. I’m sure there are others out there, but the Micron DDR3 to DDR4 comparison chart was easy to find.

Interest in DDR4 has to be coming from somewhere in the ARM server camp, otherwise Cadence and TSMC wouldn’t be spending time on it. In spite of the power advances, DDR4 is no where near low-power enough to show up in a phone, and there’s no sign of a LPDDR4 specification yet. ARM 64-bit server implementations are just getting rolling, and Applied Micro’s X-Gene has sampled – with DDR3.

The volume driver for DDR4 – if it’s not PCs – is in question. The natural progression of speed that the PC markets have pushed for looks like it is about to run smack into the economics of affordable implementations, and that in turn could make life for the memory manufacturers interesting. (In a related side note, Elpida’s bondholders have come in saying the Micron bid is way too low.) Or, Intel and AMD could jump in and force the issue, betting on adoption farther down their PC supply chains.

DDR4 and IP supporting it in ARM server space could prove to be a turning point for technology investment, an inflection point in the way things have been done and a change from the PC driving. Or, it could end up being a bridge too far, but paving the way for another specification suited for mobile devices.

What are your thoughts on the outlook for DDR4, LPDDR3, an ARM server market, and the overall dynamics of PCs, servers, tablets and phones versus memory technology?