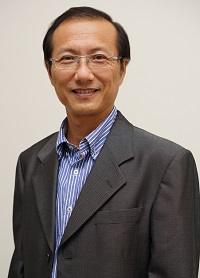 Frankwell Lin, Chairman of Andes Technology, started his career being as application engineer in United Microelectronics Corporation (UMC) while UMC was an IDM with its own chip products, he experienced engineering, product planning, sales, and marketing jobs with various product lines in UMC. In 1995, after four years working on CPU chip product line as business director, he was transferred to UMC-Europe branch office to be its GM when UMC reshaped to do wafer foundry service, he lead UMC-Europe to migrate itself from selling IDM products to selling wafer foundry service.

Frankwell became co-founder of Andes Technology Corporation in 2005 and he formally took the position to be Andes’ President since 2006 and got promoted as Chairman and CEO in 2021.

Frankwell received BSEE degree of Electrophysics from the National Chiao-Tung University, Taiwan, and MSEE degree of Electrical and Computer Engineering from Portland State University, Oregon, USA. Under his management, Andes has been recognized as one of leading suppliers of embedded CPU IP in semiconductor industry.

Andes also won the reputation of leading technology company with awards such like 2012 EE Times worldwide Silicon 60 Hot Startups to Watch, 2015 the Deloitte Technology Fast 500 Asia Pacific award, etc. Frankwell received accolade award of Outstanding Technology Management Performance, Taiwan, in 2015 and ERSO award in 2020 for his contribution to the high-tech industry. Frankwell is also the Board Director of RISC-V International since 2020.

What is the Andes Backstory?
Andes was founded in 2005. We have nearly 17 years of experience in the CPU IP business. We began by developing our own reduced instruction set architecture. As we watched the development of the RISC-V ISA, we found a great deal of similarity between our ISA and the RISC-V instruction set. As a result, Andes was able to seamlessly migrate our proprietary RISC to RISC-V gracefully without much pain.

The rapid market acceptance of our product line resulted from our ability to introduce RISC-V ISA CPU IP offerings ahead of competition. The design and verification procedures we built to ensure quality design with our original product line provided us an edge over competitors. They are using an open-source non-human readable hardware description language (HDL) to build their RTL. Andes designed RTL is human readable and developed using our well-established design and verification procedures. In addition, we have sales and support channels with 17 years of experience.

One example is the RISC-V Vector processor. We were the world’s first to make a commercial RISC-V Vector processor available in 2020. At that time, the vector ISA was still in the draft stage. When a ratified version 1.0 vector processor instruction set was announced, we updated our IP to meet the spec. The second example is the RISC-V DSP P extension. We developed IP based on a draft version of the Spec in earlier 2019 and will keep advancing the design when the P extension spec is ratified. Again, we were the first to deliver a commercial RISC-V DSP processor.

We’re experiencing rapid market adoption. Our default business model is IP licensing. Customers adopting our RISC-V IP to design their SOCs include the following. A couple of tier-one companies have designed Wi-Fi, Bluetooth, and IoT chips used in several different platforms. Picocom used our RISC-V core to design 5G base station. Similarly, EdgeQ has designed a 5G AI chip. Kneron has developed a machine learning AI Edge chip. HP Micro launched an MCU that can be used in AI Edge and other microcontroller applications. For the HPC (High Performance Computing) data center server market, we have several major wins at FAANG companies, but I cannot disclose their names. For security, one of our customers is a Silex Insight. For microcontrollers, Renesas was a major win for us.

The second business model is custom computing in which we enter into a signed agreement with customers to help them customize their special requirement based on one of our on-the-shelf RISC-V CPUs. Customers may require advanced features or instruction sets additions to make their CPU uniquely their own.

In 2021, Andes achieved a growth rate of 41 percent over 2020. For the first to third quarter of 2021, our preliminary EPS (earning per share) showed an increase of more than 300 percent. Our growth and profitability are built on two revenue engines. First our existing proprietary CPU business continues to produce license and royalty revenue. Second, our RISC-V product line is driving IP license and non-recurring engineering revenue and is quickly growing royalty income.

Can you explain how RISC-V is fundamentally different from Arm? What is the key characteristic?
The advantages that the RISC-V ISA brings are it is modularized, it is open sourced, and it started from a clean slate. Additionally, designers can add their own custom instructions. RISC-V begins with a base set of instructions then adds instruction modules:  memory load store, integer, floating-point, vector processing, DSP etc. A minimum configuration for a very simple application may need only 200 instructions. From 200 to several thousand, different combinations of instructions provide RISC-V expansive flexible. Because the RISC-V ISA is open source, anyone can design their own CPU based on the RISC-V ISA, or they can license from commercial or even open-source resources.

Next, because RISC-V was designed from a clean slate, it has no burden at the beginning, the ISA has the architectural elements to serve the simplest IoT applications to the most complex AI-Deep Learning ones. Uniquely with the RISC-V ISA anyone can add their own custom instructions to accelerate computation of specific tasks in their design.  Andes provides the EDA automation tools to designers add these custom extensions without impacting their design schedules

Where do you expect the most success in terms of design wins over the next couple to several years? Do you expect it to be broad based or do you expect more success in some applications over others?
Automotive is one application, others include AI, data center, 5G mobile application, etc. Also Flash memory storage such as SSD, end users SSD or enterprise SSD is another where we have had design wins. Recently, we have wins in high-speed, high-performance computing HPC. For example, optical computing integrated with traditional RISC computing. Another application is in display drivers, where the trend is to integrate the timing controller, the driver, and the touch panel controller into one chip.

RISC-V is also ideal in emerging markets as long as there’s no one dedicated market leader with dominant market share such as PCs and mobile phones. There will be three major industry standards in the next decade: X86, Arm, and RISC-V.

From a regional perspective, is it fair to assume that China is the fastest growing market for you when you think about the business for the next three to five years?
Okay, let me give you an example. Today, our revenue contribution from China was 25% in 2020. In 2021, it grew to more than 30%. In 2020, we did 26% in North America and 26% in 2021. The ratio from China is definitely growing. We’re expecting to see that its contribution in the 30% to 33% range.

China is drawn to RISC-V because it’s open source and they can control the architecture. The nature of the open source is no one alone will control your development. I think that’s important for their strategic thinking.

One other question, so are there any other companies that that have a very similar business model, as you guys in terms of offering RISC-V IP or are you pretty much the sole provider?
In RISC-V International there are 300 enterprise members and 2000 personal members. Let’s focusing on the 300 enterprise members. I believe about 10 of them are offering similar CPU IP products to the market. To name a few there is SiFive in the US, Codasip in Germany, Imagination Technology in the UK, CloudBEAR in Russia, Alibaba in China. In addition, there are several fully open-source suppliers such as UC Berkeley, ETH Zurich, and China Research Institute. Thus, customers can choose commercial CPU IP or open-source IP.

Does RISC-V hand have any IP that’s kind of aimed at replicating GPUs functionality or is it pretty much just focused on CPU architecture?
Imagination Technology is one of the candidates that that will incorporate RISC-V in GPU applications. But Imagination’s product is a RISC-V CPU coupling with their own display controller or GPU. However, RISC-V with vector extension is also available. You can leverage vector processing to do similar computation as found in the GPU application. Customers are leveraging our vector processor to combine with GPU to perform deep learning, display, and graphic computing.

How do the best RISC-V processors compare with Arm and X86 performance in terms of industry benchmarks?
To compare Arm’s product number with Andes product segments, the advanced processors we offer are in the same performance range from the low-end to the Cortex A53, A55. And we are developing out of order processors to achieve competitive advantage. Another vendor SiFive have processors in the same performance as the Cortex A72. They claim they will have a Cortex A76 level product offering later this year. I mentioned, Russian supplier CloudBEAR who claims to have an A76 class product available this year.