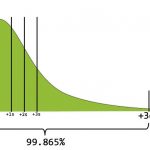 Standard cell and memory IP are key enablers for new process node availability. These two items must be in place early and be completely ready for a process node to scale to volume. Development of both leaves no room for error and they require the highest performance possible. Foundries are extremely focused on this and spend a lot… Read More

High Bandwidth Memory (HBM) promises to do for electronic product design what high-rise buildings did for cities. Up until now, electronic circuits have suffered from the equivalent of suburban sprawl. HBM is a radical transformation of memory architecture that will have huge ripple effects on how SOC based electronics are … Read More

I have written about Sidense before, but last week at the TSMC Open Innovation Platform Forum, I had a chance to hear a talk by, and have lunch with Betina Hold Director of R&D at Sidense. Here is what I learned.

Sidense has been focusing on the growing market in what they like to call the smart connected universe. It is best to think… Read More

Today was TSMC’s 2015 North American Technology Symposium. They talked about a lot of things but perhaps the most important was that they gave a lot of details of new processes, new fabs, and volume ramps.… Read More

Doing a modern SoC design is all about assembling IP and adding a small amount of unique IC design for differentiation (plus, usually, lots of software). If you re designing in a mature process then there is not a lot of difficulty finding IP for almost anything. But if you are designing in a process that has not yet reached high-volume… Read More 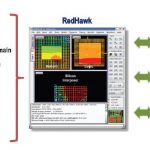 Most designers are not using FinFETs yet, however the increased transistor density and power advantages they offer are compelling. Smaller feature sizes have been a consistent driver in semiconductor technology. Eventually the market will move more and more to FinFET processes, increasingly leaving behind planar transistors.… Read More