Register / Log In
Guests have limited access.
Join our community today!
You are currently viewing SemiWiki as a guest which gives you limited access to the site. To view blog comments and experience other SemiWiki features you must be a registered member. Registration is fast, simple, and absolutely free so please, join our community today!
EUV is coming but will we need it?
by Scotten Jones on 04-12-2016 at 4:00 pm
View Profile
View Forum Posts

I have written multiple articles about this year’s SPIE Advanced Lithography Conference describing all of the progress EUV has made in the last year. Source power is improving, photoresists are getting faster, prototype pellicles are in testing, multiple sites around the world are exposing wafers by the thousands and more. … Read More

At ISSCC this year Samsung published a paper entitled “A 10nm FinFET 128Mb SRAM with Assist Adjustment System for Power, Performance, and Area Optimization. In the paper Samsung disclosed a high density 6T SRAM cell size of 0.040µm[SUP]2[/SUP]. I thought it would be interesting to take a look at how this cell size stacks … Read More

Intel wants to insert EUV at 7nm but it has to be ready and economical. Critical Dimension Uniformity (CDU), Line Width Roughness (LWR) and edge placement/stochastics are all stable on 22nm, 14nm and 10nm pilot lines.… Read More 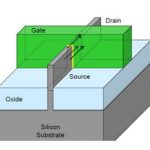 About 35 years ago the first commercial SPICE circuit simulators emerged and they were quickly put to work helping circuit designers predict the timing and power of 6um NMOS designs. Then we had to limit our circuit simulations to just hundreds of transistors and interconnect elements to fit into the RAM and complete simulation… Read More

It used to be that GPU chips moved to new process nodes pretty frequently, previously as often as annually. That is up until 2011. That was the year that 28nm GPU’s were unveiled. Since then there has been a long pause. Now in the wake of the 2016 CES both Nvidia, with its previously announced Pascal, and AMD, with the just announced Polaris,… Read More

Fabless companies and the need for foundries
The success of fabless semiconductor companies is well documented with companies such as Qualcomm, Broadcom, MediaTek, AMD, Avago and others selling semiconductors made using the fabless model (see Fabless: The Transformation of the Semiconductor Industry by Daniel Nenni and … Read More

Last Monday Daniel Nenni and I had a conference call with Jason Gorss and Shubhankar Basu of Global Foundries to get an update on their 14nm process. Shubhankar is the product line manager for 14nm.