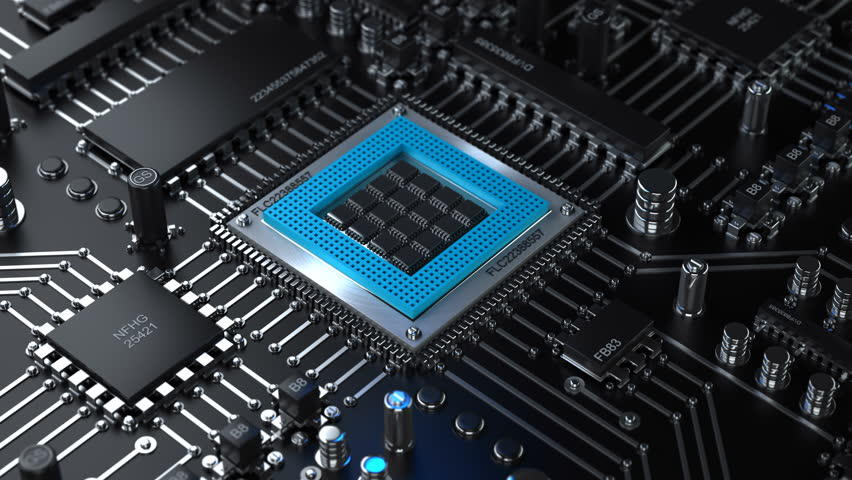 Over the weekend, Micron announced that it had an agreement to acquire the assets of the now stalled Jinhua memory fab in China. Concurrent with the acquisition agreement, the Chinese government will lift all current restrictions on Micron in China now that Micron will be manufacturing memory devices in China.

The fab which Jinhua built in China has been stalled since the US government ordered US equipment makers to stop doing business with Jinhua, similar to what happened to ZTE. This means that after spending several billion dollars building the fab it became essentially useless after US equipment companies such as Applied Materials, Lam, KLA and even Dutch ASML pulled out in a hurry. Although the purchase price was not reported in the press release, we would speculate that Micron paid pennies on the dollar (or yuan) for the idled assets.

Micron CEO comments
Micron’s CEO Sanjay Mehrota commented on the proposed transaction, “This deal is very compelling as it accomplishes many things for Micron. It gets us new capacity, in a rapidly growing market, China and it puts an end to all of our legal restrictions in China. We were also able to obtain these assets at a very attractive price given their current under-utilization” , Sanjay added ” We are quite pleased with the fab as it has the exact set of tools needed for Micron’s process. In addition the fab is physically laid out just like Micron’s Taiwan fab including the software infrastructure”

As part of the agreement the US government will unblock sales to the former Jinhua fab which we are sure the current administration will position as a big win, for the US, much as the agreement to restart sales to ZTE.

KLA Kosher Konversion
Following the closing of KLA’s recent Orbotech acquisition, the company announced that it would be changing its corporate domicile from the US to Israel for a number of reasons. Post the Orbotech close, KLA, which already had substantial operations in Israel, became one of the largest tech companies in Israel. Israel’s “Office of the Chief Scientist” which is responsible for fostering technology in the country offered KLA several hundred million dollars of financial grants and development loans and in addition offered 10 years of tax abatements if KLA would move its corporate headquarters to Israel and commit to further expansion. Israel, most recently offered hundreds of millions of dollars of incentives to Intel for building is newest 10NM fab there. Israel’s announced deal with KLA would go even beyond that.

KLA, which has a history of creative finance, commented on the deal with CFO Bren Higgins saying, ” Aside from the obvious strong direct financial benefit for KLA shareholders we also see benefit for KLA customers as an Israeli company as many of our products whose sale may have been restricted as a US based company will be freed up to to sell to rapidly emerging markets such as China.” Higgins went on to say, “We had already seen evidence of China reducing US purchases of equipment in reaction to trade concerns, this will remove that barrier” .

The deal which had been negotiated during the long gestation period of the Orbotech deal was also a strong factor in China’s final approval of the deal as China would get more access to KLA product. The secret discussions even had a code name inside the company called “project K” (for Kashering).

IBM new transistor design supports Moore’s Law
The semiconductor industry has wrestled with transistor design to enable a continuation of Moore’s Law by allowing further shrinkage of the basic transistor dimensions. The industry started with “Planar” transistors, then at 22NM went to “FINFETs” (Fin shaped field effect transistor) and most recently GAA (Gate All Around) which shrinks the dimensions even further.

IBM’s research group has announced a GBG (euphemistically call “gate be gone” ) which eliminates the need for a gate which radically reduces the dimensions of the new device. Some in the industry are dismissing IBM’s announcement as nothing more than a “rehash” of prior designs of PINFED’s (Pin field effect diodes)

Saranicle is new pellicle material with 95% EUV transmission
Dow Chemical is said to be working with ASML to solve the vexing pellicle problem which is hampering the roll out of EUV. The new material is a polyvinylidene chloride (PVDC) which makes for a thin flexible membrane. In addition to the high, 95%, EUV transmission factor, which is well above today’s 85%, the material also offers significant mechanical benefits. Old pellicle’s were glued to the mask which produced “outgassing” as the pellicle heated. ASML’s recent “clip” pellicle attachment also had problems as the clips generated particle contamination. Saranicle “clings” through electrostatic forces to the mask eliminating the need for glues or clips.

Versum moves listing from NYSE to Ebay
Versum, a New York stock exchange listed company (ticker VSM), has been stuck in a “tug or war” between Entegris and Merck, both looking acquire the company. Merck has recently gone “hostile” announcing an unsolicited $5.9B or $48 per share versus Entegris’s roughly $39 stock offer. Versum decided it was in the best interest of shareholders to move their stock listing from the NYSE to Ebay in order to facilitate the bidding process. The new Ebay listing has a $100 a share, “buy it now” option.

New memory based ETF starts trading as “MEM”
Given that commodity DRAM and NAND memory pricing has been the underlying driver of many of the chip stocks, equipment companies, semiconductor ETFs as well as the Philadelphia Stock index ( the “SOX”), it was only a matter of time before a direct ownership memory based ETF popped up. Similar to the “GLD” ETF which holds actual gold bullion in various repositories around the world the MEM ETF will stock pile actual memory chips of ranging types and capacities from DRAM to NAND. The Chicago exchange also announced options and futures trading based on the MEM ETF which will also start trading today.

If you haven’t gotten it by now….Happy April First!!