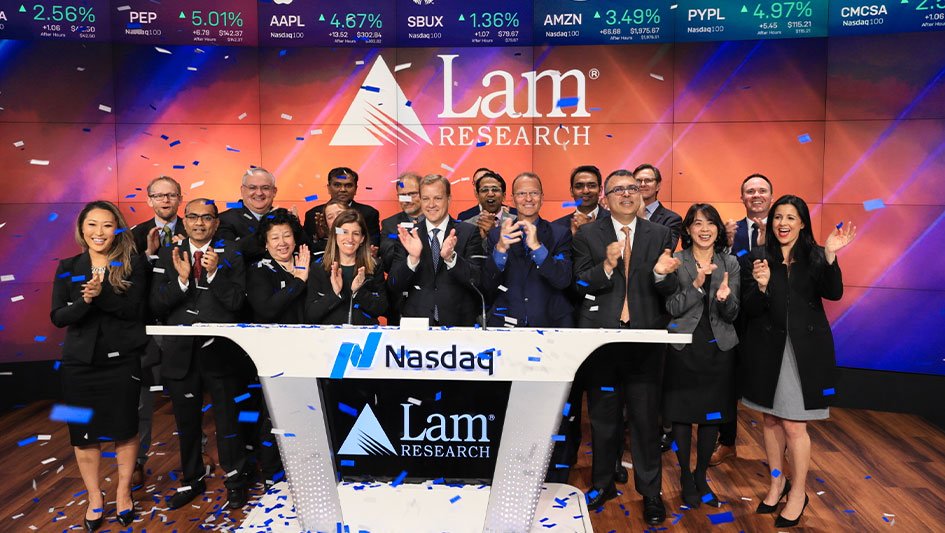 Lam Q1 revenue soft by roughly 15% due to supply side
Demand remains solid for Q2 but beyond that, dubious
No guide but Q2 could be => Q1 revenues
NAND solid, China big @ 32%, Foundry remains great

Lam reported a solid quarter but light on revenues…
It was no surprise that Lam reported revenues of $2.5B versus their original guide of $2.8B +- $200M and solid earnings of $3.98.

The clear message is that while demand was solid, and outstripped Lam’s ability to supply, Lam was hobbled by sub supplier issues that limited production.

As we have previously underscored, the supply chain for complex semiconductor equipment spans the globe, especially into Asia and is susceptible to disruptions as many parts are single sourced or have limited manufacturers.

Given that Covid19 really had its worst impact well into the quarter there was not enough time to fix or try to mitigate the supply issues prior to the end of the quarter.

While the company did not give “offical” guidance for Q2, they did suggest that Q2 revenue could potentially be better than Q1 as some of the limiting issues get worked out.

The company repeated many times that it was not a demand issue and they saw no change in customer orders and the shortfall was all on Lam not being able to produce and ship 100% due to Covid19 related issues.

No change in demand (Yet)…. Demand will be down..just a question of when and how much…
While there was no near term indication of any changes in demand/orders from customers, its clear that there will be some sort weakness driven by the overall economic declines, especially on the consumer side….the company all but stated that outright.

We have suggested in our prior notes that there is the short term logistics impact of Covid19  (clearly on display in both ASML and Lam’s results) and the longer term, as yet unknown, demand impact.

While short term impact stops parts from getting to Lam immediately, it will take months and quarters before laid off workers and other negative economic impact trickles down through electronics makers, then through chip makers and finally to chip tool makers.

Yes, we will keep spending on technology advances…but capacity related purchases will be vulnerable.

Taking prudent steps…
As we heard from ASML, Lam is also being financially prudent by stopping buy backs, even though they have tons of cash and depressed stock price. They have pulled cash from their credit line and continue to put downward pressure on expenses.  All correct and conservative as the future is quite uncertain right now.

China a third of revs…NAND continues comeback…
China, at 32% of revenues was roughly a third of business and bigger than any other segment. Roughly half or more of China business was for indigenous companies.

We remain concerned of the overhang of a potential blockade of exporting US semiconductor tools to China…especially in light of an administration looking to punish China or deflect attention to other matters.

While we feel very good about CPU demand impacting Intel and AMD due to “work at home” we remain more concerned about NAND demand and pricing as we could get back into an oversupply especially if consumers slow.

We remain most concerned about the fall roll out of Apple’s Iphone12 and associated next generation of both Apple CPU’s as well as 5G modem devices.

Right now both we and Lam management have a hard time guessing about what demand will look like going forward. Lam management demurred on the call when talking about future demand but we might be a bit more direct in assuming its down.

Trickle down of demand will take a while….
As we have previously mentioned, fab capacity planning is very long term by its nature and has all the maneuverability of a supertanker. Many of the fab expansion plans taking place right now are “bounce back” reactions from the previous down cycle and less of a “steady state” indication of demand.

While we have heard of some inventory build in the channel, we are not yet “stuffed” with inventory that would cause chip makers to hit the brakes hard. We probably won’t see the trickle down to equipment makers until a least Q3 and more realistically Q4 when chip makers get a better sense of the full economic impact and start to adjust 2021 build plans.

The stock roller coaster continues….
After Lam’s stock was down big yesterday, it was up twice as big today only to fall off after hours with less than strong beat results. The volatility will obviously continue with larger issues and macro events driving the overall tone of the market.

Whether chip equipment companies or chip companies report good or bad earnings seems to matter little as most bets are off due to Covid19 issues. While the stock is cheap compared to prior expectations, the uncertainty of demand will likely haunt things for several quarters. The company continues to do a great job of execution but unfortunately can’t control the larger picture that they are a small part of.