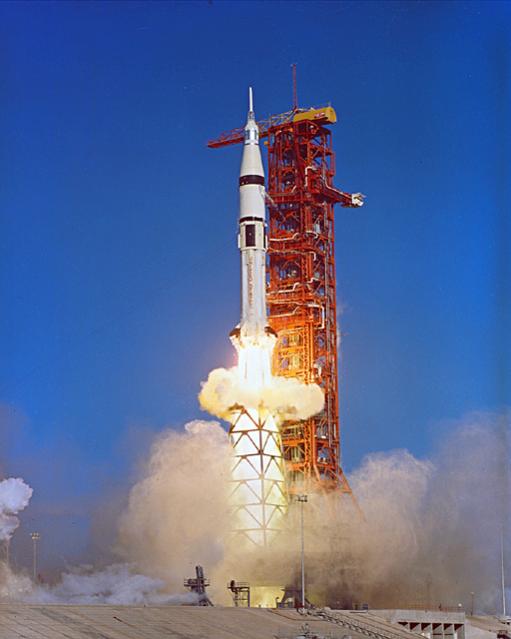 Intel will not win the tablet market with any of the various Atom chips rolling out at 32nm, 22nm and even 14nm. They are too late to a game that Apple owns 90% of today and will so in the future. All of these ultra low power atom versions are like the Saturn test rocket developments that preceded the Apollo 11 Moon Landing. They are necessary test chips where engineers at Intel try out new circuit designs and architectural tradeoffs in tuning power vs performance in preparation for a set of chips co-architected with Apple and appearing in 14nm.

Many threads lead me to the above conclusion. But from a business perspective there are huge benefits to Apple and Intel joining hands. The 90% market share in the tablet market and the growth coming from the MAC Air notebooks are key indicators to the future of the mobile market. Both are kissing cousins in term of their form-factors and hardware features. The clear driver for the form-factors was economical Flash memory in substitution for HDDs and the elimination of DVD drives. The thickness shrunk and the weight dropped to the point you can hold them with one hand comfortably.

There are two main differences. First is the light iOS of the iPAD and the heavier MAC O/S of the MAC Air. And Second is the $25 ARM A5 processor in the iPAD vs. the $220 Intel i5 ULV in the MAC Air. A merging of OS interoperability and lower x86 CPU pricing is coming.

With a co-architected family of processors running in Intel’s fab – the costs of today’s $25 A5 could drop to as low as $15. The math is key here. Let’s say at the low end Apple ships 50MU pads in 2014 at a $10 savings using Intel (based on smaller die) = $50MU *$10 = $500M. Now factor in market share gains that Apple would accrue if they added a higher performance CPU based iPAD at similar battery life (something Intel can deliver). Apple stretches out their market TAM while retaining a high market share with Intel delivering the CPUs. But what would the high end of the CPU line look like for iPAD? Start looking at the MAC Air.

The low end line of the MAC Air sells for $999 and uses the $220 Sandy Bridge i5 ULV processor. This $ percentage of CPU to system price is very high historically for Intel and is one of the reasons the PC Clones are having difficulty undercutting Apple’s $999 price. Intel knows if they don’t offer a much lower cost CPU, then the iPAD cannibalizes the low end, light-weight notebook PC market.

To the plus side for Intel, the attractiveness of the MAC Air package and its ability to run all MAC O/S Apps makes it a competitive alternative to the iPAD. If customers had the choice of a MAC Air that sells for $200 or $300 less and an iPAD, then I believe a large majority would choose the MAC Air. This is my cursory read having played in this market a long time.

At the moment and for the next 12 months, Intel’s hands are tied. The MAC Air uses an Intel ULV processor that has a TDP of 17W. Intel can not yield enough at this power level that would allow them to sell a low end processor (an i3 ULV for $75). At $150 reduction, a system price would drop by $300 to $699.

With Ivy Bridge (using 22nm Tri Gate process), Intel will get an immediate drop in TDP by 50% at the same performance level and cores and caches. Look for Intel to yield near 100% at 17W TDP to enable a $75 CPU by mid 2012. Then look for them to introduce a lower power ULV at around 9-10W at the same yield and price points today. So does Apple go more aggressive MAC Air in mid 2012 with a 10W TDP while the PC clones are going with the 17W TDP. My guess is yes and it will allow them to claim more battery life and retain higher pricing (maybe $899 at the lowest). The key here is that Apple wants the iPAD to flourish and expand rapidly in the next 18 months so that it is effectively game over for tablet competitors. They than can decide to balance the iPAD vs MAC Air volume.

Intel will turn the crank one more time with the Haswell architecture in 2013 where the TDP will be lowered again and Intel will offer aggressive price points on x86 processors that demonstrate 3-7W TDP. Standby power will be extremely low and the advantages of ARM’s low power are eliminated. Then it is a game of who can build what the cheapest.

There have several speculative articles lately on Apple using a future multi-core A6 in MAC Air to lower the cost and to set their own destiny. Furthermore by 2016 they would get to a 64 bit quad core and replace x86 in MAC Book Pro and the desktop. I think these rumors are spread for a reason. Apple wants to see better pricing out of Intel so that they can gain market share in the MAC Air and MAC Book Pro. Apple can not execute completely on their vision of winning the corporate market with products that use just Intel’s mid range and high end processors. In other words they are not using anything less than $200 on Intel’s price list.

As Apple scans out over the horizon then, they see that their dominance in Tablet and iPhone can come to fruition in the PC space if they get a few things that are unique to them and not available to others. This is where, if they play the Intel relationship right they can drive their 5% worldwide market share into high double digits. This may sound over the top … but there are changes on the way to MAC Pro as well that complete Apple’s frontal attack.

Part of Apple’s brand is based on things that they develop and in some cases based on a co-marketing development. The A4, A5 and A6 are seen as their gift to the mobile world in terms of performance at the right power. The Thunderbolt I/O developed with Intel and released before the rest of the world had access to it is a good example of technology co-marketing.

For Apple to retain its brand leadership, it needs to co-architect and be first to market with a new multicore processor that combines Intel x86 and process technology with a future A6 that includes Apple’s specified graphics. The multi-core solution will run both iOS and MAC OS. These processors will be built in 14nm and out the door late 2013 or 1H 2014. Intel will build a family of A6/x86 combo processors to allow low to moderately priced CPUs. Apple will have sole rights to the chips and can hide from its competitors the true cost of the CPUs. Apple MAC based PC will drop in price. On Intel’s side, they can continue to serve legacy x86 markets without a price conflict.

Finally Intel will use the Apple partnership to leverage other large volume customers to consider a partnership with x86 based CPUs that include customer proprietary IP and functions. But again Apple has the lead on others. This will be a win for Apple in terms of performance, cost and technology leadership. This will also be a win for Intel as it increases its overall market share in selling high $$$ sand.