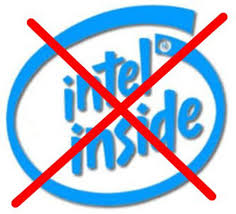 One of the big questions on Intel’s foundry strategy is: Can they compete on wafer pricing? Fortunately there are now detailed reports that support what most of us fabless folks already know. The simple answer is no, Intel cannot compete with TSMC or Samsung on wafer pricing at 28nm, 20nm, and 14nm.

In fact, recent reports have shown that Intel 32nm versus TSMC 28nm gives TSMC a 30%+ wafer cost advantage. At Intel 22nm versus TSMC 20nm the cost advantage is 35%+. This is an apple to apple comparison with Atom SoC versus ARM SoC silicon. Another key metric is capacity. During the recent investor meeting Intel CFO Stacy Smith claimed Intel was at 80% capacity so that is the number that was used in the wafer cost calculations for both Intel and TSMC. I question this number since Intel has three idle fabs (OR, AZ, Ireland) and TSMC 28nm was at 100% capacity up until recently but I digress…..

On the technical side we now know that, even with Intel’s superior process claims, TSMC 28nm SoCs easily beat Intel at 32nm in both power and performance. TSMC 20nm SoCs will again beat Intel 22nm. 14nm SoCs have yet to launch but one thing I can tell you is that Intel will NOT win business from TSMC’s top customers which will make up more than 50% of fabless revenues: