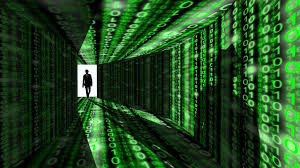 I would guess that most people have seen or at least heard of the Matrix movies but how many people can remember who vanquished the earth to begin the series? It was artificial intelligence (AI) of course which seemed pretty far fetched 20 years ago, but today not so much. In fact, for those of us in the AI know it seems quite likely in some fashion. Hopefully a group of hackers will save us all in the end, like in the movie. By the way, the fight scenes are a good example of machine learning (ML) and how it will only get us so far.

Intel made a surprising move to some people (outsider analysts mostly) and purchased Habana Labs for $2B. Surprising because in 2016 Intel purchased Nervana Systems for about $400M. On the inside however let’s call the Nervana purchase an AI people learning (PL) experience for Intel that lead to the Habana purchase. If you look at the executive staff at Habana and compare it to Nervana you will see why. Habana is stacked with silicon implementation experts and Nervana didn’t even do their own chip, an ASIC company did.

Remember the statement Intel CEO Bob Swan made about “destroying the Intel idea of keeping the 90% CPU market share and focusing on growing other market segments.” I would say this $2B acquisition suggests that his statement was a strategic head fake.

Moving forward I would now liken Intel’s data center dominance to a merger of Nvidia, AMD, and Xilinx because that is what it will take to beat Intel to the Matrix, absolutely.

After Netflix binge watching the Matrix (1999), The Matrix Reloaded (2003), and the Matrix Revolutions (2003) I truly expect the fourth Matrix movie (2021) to have a serious technology update.

From my favorite technology futurist:

“The rate of change of technology is incredibly fast. It is outpacing our ability to understand it. Is that good or bad? I don’t know.” ELON MUSK

“We are already a cyborg. Because we are so well integrated with our phones and our computers.” ELON MUSK

“As AI gets much smarter than humans, the relative intelligence ratio is probably similar to that between a person and a cat, maybe bigger” ELON MUSK “I do think we need to be very careful about the advancement of AI.”

During the day I do semiconductor ecosystem mergers and acquisitions. During the night I transform into SemiWiki blogger extraordinaire and semiconductor futurist which is why I am intrigued by the proposed Broadcom offload of the $2.2B Wireless RF group. Hock Tan is one of my favorite semiconductor CEOs and I am very happy to see that he is diversifying away from the margin constrained fabless chip business. As I have said before, the systems companies will again rule the semiconductor industry, doing to the fabless chip companies what the IDMs did to them 30 years ago.

We documented this in our book on the History of ARM in the chapters on Apple and Samsung. Apple’s SoCs are industry leading because they can develop the silicon around the system. The other mobile SoC giants have followed suit (Huawei, Samsung, MediaTek, etc…). It’s only a matter of time before the cloud giants (Google, Amazon, and Microsoft) do the same thing, cut out the fabless middlemen. Other strategic systems companies are sure to follow so great move on Hock Tan’s part, my opinion.

9 Replies to “AI the Matrix and Intel”